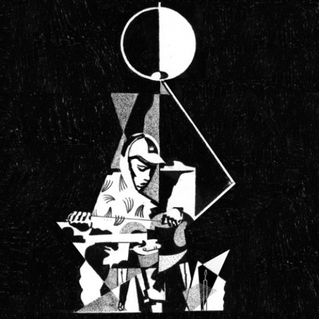 Archy Marshall, better known as King Krule is still in his teens, and yet here he is, feted by Beyonce and releasing his debut on XL, a heavyweight indie label. There’s a lot of expectation riding on this album and he’s being talked up as being the next big thing.

And unfortunately, this debut falls a long way short of expectations for this writer. Sure, there’s a couple of tracks which I think are worth hearing –‘Border line’ and the closing ‘Bathed In Grey’ but overall, fourteen tracks is way too much to take. I think he is capable of writing some good tunes, and there’s an element of being willing to experiment, but this seems like contrived lo-fi, a half-baked demo rather than a fully realised idea.

There is the potential for him to join the gaps between Massive Attack and The Clash create a truly British sounding record, but this is lost. Sure there are some great acts who sound like they’re about to fall apart and all the better for it (think debuts by the Raincoats and The Slits, for example and his labelmate Willis Earl Beal); this is not whar this record needed.

Sadly, a wasted opportunity. And one – cruel as this sounds – that I’m very relieved I didn’t spend my money on.