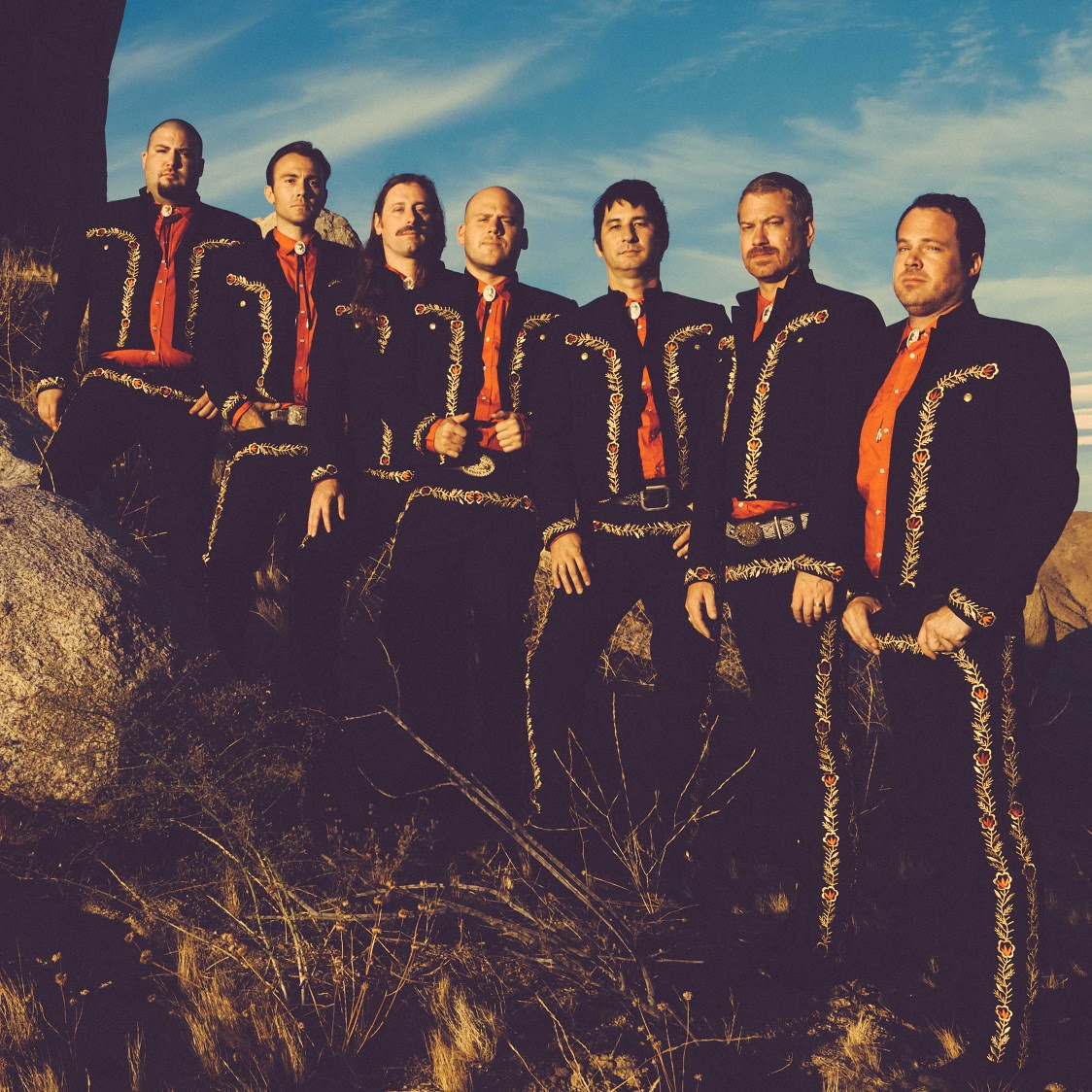 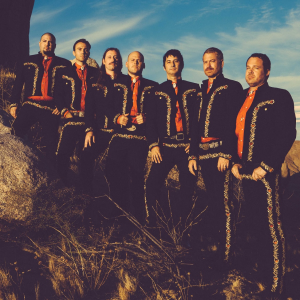 For the uninitiated, Mariachi El Bronx is the alter-ego of Los Angeles-based band The Bronx—inarguably one of the finest purveyors of punk-rock on the planet—who play, yep, you guessed it, mariachi music. That’s right: the whole deal, complete with trumpets, charro outfits and songs for serenading your lover at midnight. If their rapturously-received second album saw them proving it wasn’t just a schtick, this time around this group of gringos appear to be once again daring the purists and naysayers to… well, say nay.

Having already recorded two albums of music that was wholly faithful to the genre (minus the singing in Spanish part) and, at times, ecstatically enjoyable, El Bronx have more than earned the right to tinker with the formula, and on the—ahem—imaginatively-titled ‘III’ they do just that. With production duties again being handled by John Avila, musically, ‘III’ pushes the envelope in terms of both invention and ambition. Sequencers, synths and an ARP were all used in the recording of this instalment, along with the full gamut of traditional mariachi instruments—guitarrón, violins, and marimbas, to name but a few—and in doing so, the band have added a quirkily contemporary edge to the likes of ‘New Beat’ and ‘Sticks and Stones’.

Thankfully, this new tech dynamic doesn’t undermine the emotive power of these songs, or the album as a whole. As a dyed-in-the-wool hardcore punk-rocker, vocalist Matt Caugthran is unable to prevent that same alignment with the heartbroken and downtrodden that drives his ‘day job’ from informing the lyrics for El Bronx’s music, from the sad sigh of ‘Nothing’s Changed’ to the impassioned lament on ‘Eternal’. Without exception, Caughthran delivers his words with a heartfelt honesty and, in places, an irresistible irony that should cause even the staunchest cynic to crack a smile. “Some of us don’t deserve to come back” he observes wryly on ‘Raise the Dead’ while the aforementioned ‘Sticks and Stones’ rides on one of the most soulful, catchy hooks you’ll hear all year, courtesy of its looping refrain of “Echo all your faith in God, son…” Meanwhile, ‘Wildfires’—the first single to be released—boasts a soaring chorus that details the destructive power of falling suddenly and madly in love: “A wildfire swept over me, destroying everything in its path.” In fact, there’s not a track on the album that doesn’t sound anything less than utterly vital.

As for those naysayers… well, sure, there’ll be those that claim it ain’t authentic, because, like, it’s all in English and anyway they’re not even from Mexico. But you should ignore those people, because they’re idiots. And then there are those who think that punk-rock necessitates loud guitars and a load of loud shouting. Bollocks to that too, because punk-rock is actually about taking a stance, and being bold—and backing it up with music that’s just as ballsy. With ‘III’ El Bronx are doing just that, and what’s more, they’re carving a niche entirely of their own. Muy bien, chicos. Muy, muy bien.