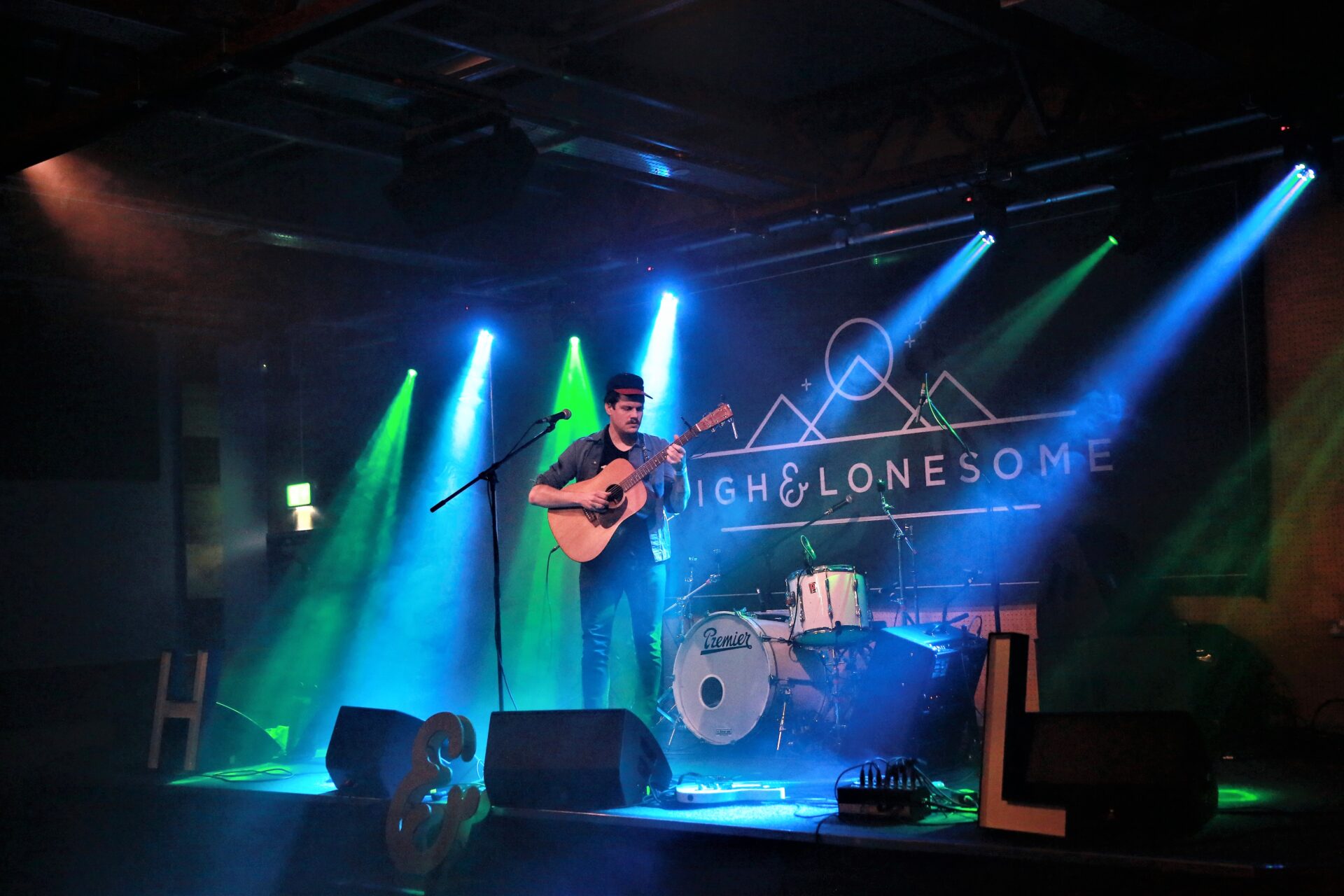 And with these two words John Smith describes perfectly the High & Lonesome Festival experience. In the midst of his joint headlining performance at this year’s event, the highly acclaimed English guitarist and singer-songwriter suddenly takes time to reflect upon what it means for him to be part of this occasion. In truth, he doesn’t really need to say any more about High & Lonesome such is the communal recognition of just how good it is.

Fourth time around, High & Lonesome continues on its quiet evolutionary journey. Beginning life in 2014 as a grand celebration of the influence of Americana on modern music, the festival initially took place at various venues in Leeds city centre. It then moved into the west of the city, and over the next two years the live musical performances were split across two locations – the legendary Brudenell Social Club and the neighbouring Left Bank Leeds.

This year in two further changes, High & Lonesome has shifted its musical emphasis to that of modern songwriting and chosen to host all of its music under the one roof, namely that of the Brudenell Social Club with the Brudenell’s recently opened Community Room replacing that of the Left Bank.

These adjustments, particularly in terms of location, are nothing less than positive. No longer do you have to face that night-time, freezing walk round the corner into Cardigan Road and nor do you have to make those difficult decisions when there are potential scheduling clashes. Now it is just one seamless split between the Brudenell’s main Concert and Community Rooms. It is now as easy as wink; you can see and hear absolutely everything without ever missing as much as a skip of a beat. And what is even more, the music is still as great as ever.

A slightly delayed arrival means that, sadly, both Crake and Pale Seas have already been and gone but Tamzene, the young singer-songwriter from Cromarty in the Scottish Highlands (but now based here in Leeds) eases us gently into the day with a delightful, soulful set that promises much for the future.

Martin Longstaff, a multi-instrumentalist and songwriter from Sunderland is The Lake Poets. A most modest, endearing individual, Longstaff draws from his past experiences as a teacher to explore issues of social isolation (‘Lost in the City’) and domestic violence (‘Black and Blue’) with a raw, emotional honesty that never lapses into sentimentality. An early highlight.

Christof van der Ven is a Dutchman based in London and a man in possession of a quiet confidence, huge commanding voice and no little talent. When he swaps his acoustic for an electric guitar and plugs in for ‘Vancouver’, such is the dexterity and delicacy in his playing, most favourable comparisons with Jeff Buckley can easily be drawn.

Alessi’s Ark is the musical project of Alessi Laurent-Marke, a British singer-songwriter from London. With her three band members she breathes fresh life into that potential late afternoon graveyard slot with a powerful set that rounds off with a rousing double-salvo of ‘Cut The Cord’ and ‘Desert’.

Ruarri Joseph turned his back on the folk circuit and a major record label deal with Atlantic Records to form William The Conqueror. And we have to be mightily pleased that he chose to do so. As part of this rock-powered trio he veers very comfortably into the realms of grunge and southern boogie and crests a rise that lies somewhere between Kings of Leon and the Marshall Tucker Band. Delightfully refreshing.

The London-based recording artist Keeva is cut from a much gentler cloth but is no less impressive for it. On her wonderful interpretation of ‘What’s Going On?’, the power, purity and physical expression of her voice reflects the incredible soul protest and aching dissatisfaction that lay at the very heart of Marvin Gaye’s original.

Brooke Bentham is a quiet, understated revelation. Showcasing material from her new EP, The Rapture, – of which ‘Losing, Baby’ is worthy of particular note – Bentham connects the vulnerability of a young Mary Margaret O’Hara with the surety of an older Anna Calvi.

Emerging from the ashes of the now sadly defunct Ellen and the Escapades, the Leeds three-piece Shadowlark overcome the minor distraction of an exploding amp to place their marvellous union of sweeping synths and powerful pop even more firmly on the contemporary map. ‘Hit The Bottom’, ‘Avalanche’ and ‘Bleed My Heart’ may well have their genesis in a residual sadness, but performed here tonight they are incredibly muscular, uplifting tunes carried arms-aloft by Ellen Smith’s dynamic voice.

Keston Cobblers Club exude happiness. Mining a seam of traditional folk that is transported into the modern day, the quintet from Keston in Kent round off their own gig year (a children’s primary school outing aside) with a stirring collection of songs, including a tremendous cover of Paul Simon’s ‘Graceland’.

“These are just songs”. With typical self-effacement, John Smith advises us of what we can expect when we he takes to the main concert room stage with the McGurgan brothers (Joe on double-bass and John on guitar). His spellbinding performance – undoubtedly the absolute highlight of a day in which there have already been many, many peaks – proves that his songs are anything but.

Murder, heartbreak and love may well be the staple diet of many a traditional folk song but in John Smith’s hands they are transformed into something else altogether. He swathes his narratives in beautiful, intricate melodies, often blurring those lines between folk, blues and jazz in a manner similar to that of a young John Martyn.

John Smith discreetly weaves the refrain of Van Morrison’s ‘Tupelo Honey’ into ‘Joanna’. The title song from his recently released, fifth album Headlong is gently balanced; ‘Far Too Good’ inspirational; and ‘Perfect Storm’ exactly that. And as for Smith’s cover of Rowland Salley’s ‘Killing The Blues’, well it possibly even surpasses those of Malcolm Holcombe and Shawn Colvin.

Back living in Nashville after a ten year odyssey in Spain, Smith’s joint headliner Josh Rouse reaffirms that he still knows his way round a tune as he flies solo on material destined for his next album and a bunch of old classics such as ‘It’s the Nighttime’, ‘1972’ and the still supremely catchy ‘Love Vibration’.

It is then left to The Travelling Band to start the “after-show party”, as the festival co-promoter Nick Simcock cheerfully tells me beforehand. Huge credit for putting on this event has to be laid at the door of Simcock, his High & Lonesome colleague Harry Ridgway and Nathan Clark of the Brudenell, three of the hardest working men in local showbusiness. It is their passion, energy, enthusiasm, vision and confidence that makes it happen and enables all of us fortunate enough to be here to enjoy a fantastic little festival chock-full of top, top music in the most warm, welcoming, inclusive and intimate of surroundings.

More photos from High & Lonesome Festival 2017 can be found HERE