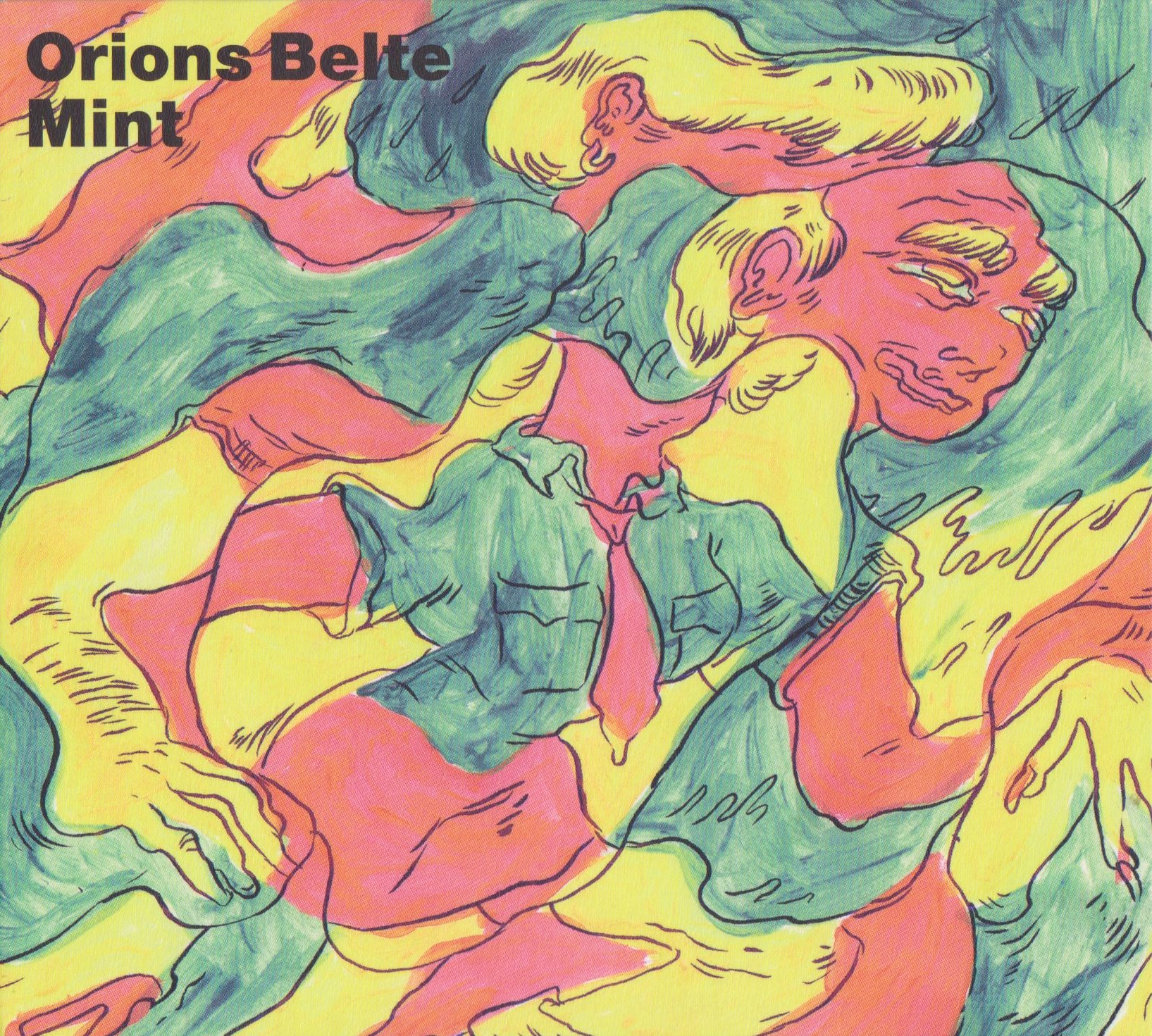 If you’re anything like me, you will want to grab this band and yell obscenely at them until they’ve added the necessary apostrophe into their moniker. Or at least you’ll want to add the word ‘sic’ in brackets every time you see their name. Honestly, some people just have no idea how painful it is for grammar Nazis like you and me to witness such a literary aberration. The discomfort is quelled, partly at least, by the realisation that the trio is Norwegian, and hence they may not have yet learned all the various helmets and straps of the English language to the required level. Another reason to let them off the hook, however, is that Mint is simply a bloody great album.

Mostly instrumental, I can only describe the predominant guitar sound throughout much of the long player as akin to Better Call Saul‘s theme tune, while Orions Belte themselves have a sound which suggests Fool’s Gold (the Los Angeles band, not the Stone Roses song) careering into a tent full of hippie revellers indulging in copious bong fuelled highs and inevitable sessions of free love. And what could possibly go wrong there?

Luckily for us, nothing does go wrong, as we’re taken on a journey by the Oslo three piece, most probably into outer space – as the name itself would suggest – and not stopping until planet Earth is blue and there’s nothing we can do. Enjoy this trip, and it IS a trip, as we swirl around the Milky Way before gently being returned to terra firma and sent ‘Atlantic Surfing‘ instead – a seven-minute thrill-seeking ride which ends with the hum of nothingness, just in case you were starting to get too comfortable with proceedings. It’s truly one of the highlights here, immediately followed by the gorgeous, solitary sounding ‘Alnitak‘, at which point we are perhaps supposed to have fallen off our surfboard from the latter excursion, and are drifting helplessly, either back to shore by the grace of cod, or ever more distant, never to be seen again.

Whether or not any of my fatuous meanderings have any significance to whatever Orions Belte were trying to convey, I have no idea. perhaps not. But the sweet-sounding timbre of tracks like ‘New Years Eve #2‘ or the woozy vocal that accompany ‘Joe Frazier‘ make this a record that is hard to resist. It’s spellbinding stuff.

Mint is released on 17th August through Jansen.