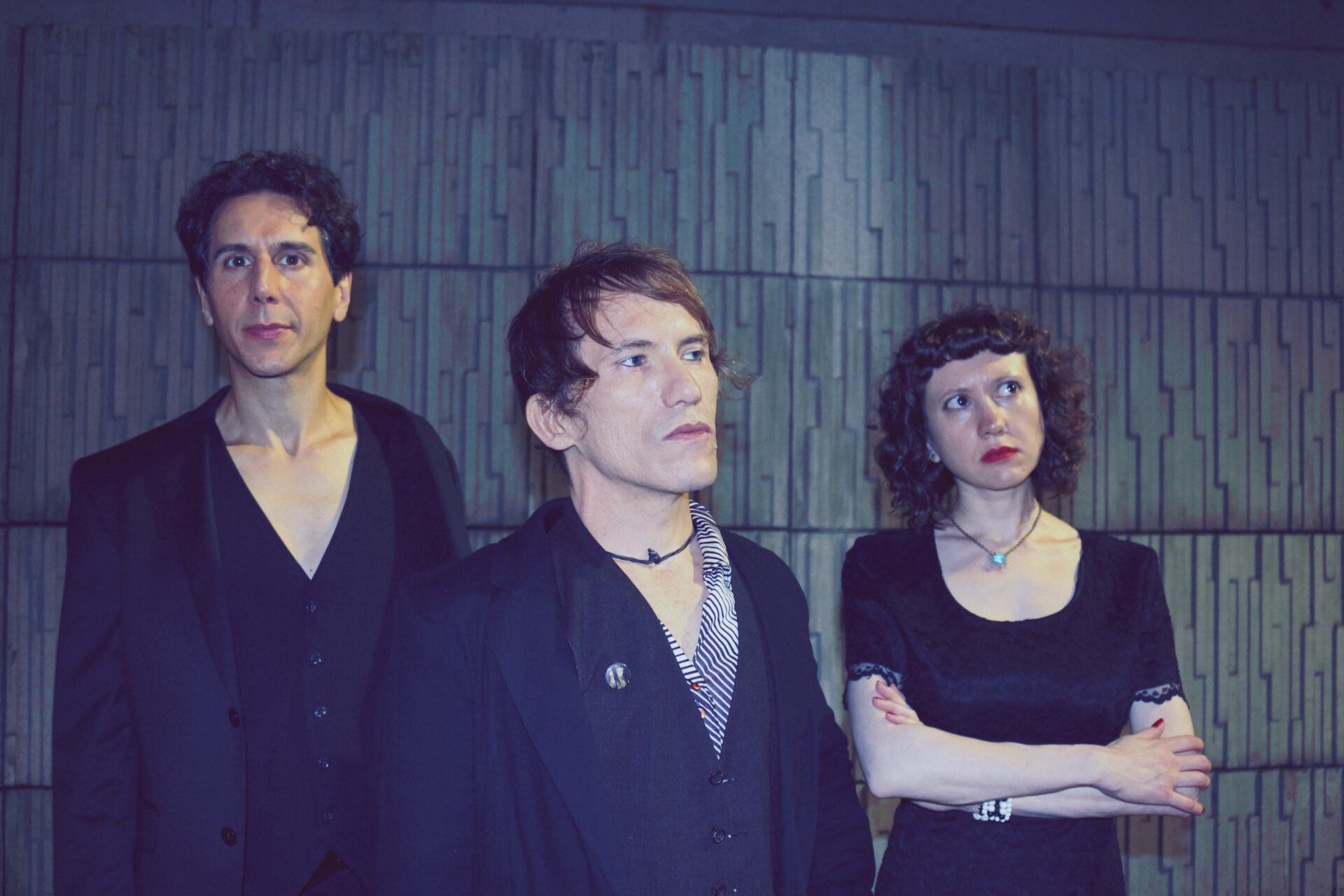 Earlier this year Veda Rays released their full-length album For the Rest to Rest. Today we premiere the video for the Brooklyn trios track ‘Doublespeak‘ a bracing new wave cut laced with intricate guitar licks and sci-fi synths. The ominous vocals dark undercurrents dealing with themes of fractured identity, spiralling into a crescendo that oscillates with a tragic glamour somewhere between early Interpol and The Mission, ‘the ends justify the means’ goes the refrain it could the mantra for Donald Trump’s hideous reign, its a rather splendid hidden gem. Watch the video above.

“The video expresses some of the inherent concepts of the song through visual metaphor. On some level, the track is about trying to deal with constantly being bombarded with suspect information. Maria had the idea of referencing Dylan’s classic Subterranean Homesick Blues video but using an iPad instead of lyrics on note cards. I then had the thought: instead of the song lyrics, let’s display an assortment of words, phrases, platitudes and slogans that could kind of mean anything to anyone depending on the given situation and context. I quickly wrote some of these that sprang to mind off the top of my head, and in the end, they were arranged in a cut-up style. The character in the bathroom who is overly concerned with his appearance is shown in drifting, fractured mirror shards to represent the incoherence of his identity. He is then seen in another setting where he is fitted, dressed and groomed by two other character representing conflicting impulses.”