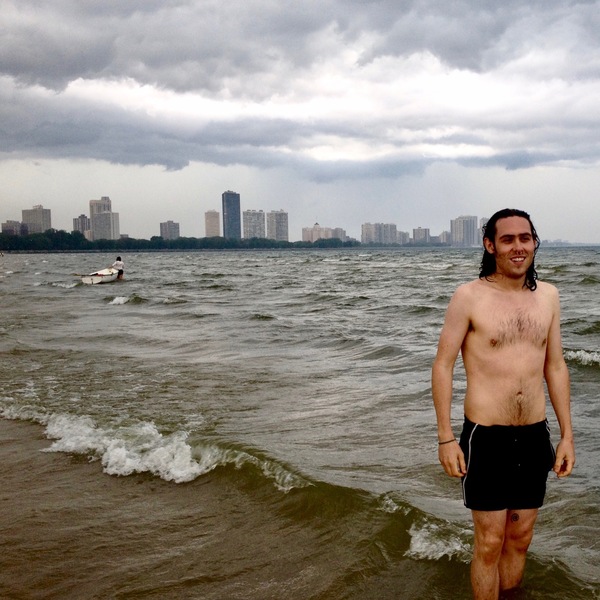 Martha’s Courting Strong was/is one of this decade’s great debut albums. The County Durham four-piece blended irresistible pop-punk hooks with a nostalgia they were barely old enough to grasp but that resonated with listeners of all ages and left this reviewer in a sentimental stew, wondering out loud if he was really too old to be singing along to rhymes about Year 11. Reinforced by the boy/girl vocal duels, and the ups and downs of young love, they cemented themselves a place in DIY indie lore that spirited them away on a Fortuna Pop! funded jolly around Europe and North America.

Released on the 25th anniversary of Kurt Cobain’s death on April 5th the band’s third full album, after the occasionally difficult second offering Blisters in the Pit of My Heart fell just short of its predecessor in 2016, Love Keeps Kicking is released on Big Scary Monsters (and Dirtnap Records again in America). It sees a band who have successfully navigated teenage ire and young adulthood now finding their sea legs as fully-fledged grown-ups. While the initial flourish of success was both surprising and deserved they now must get down to the serious business of living.

From the opening riff of ‘Heart Is Healing’, Love Keeps Kicking is more mature in sound and sentiment. The tracks are sung not squawked. Less hyper but no less urgent, the songs and harmonies given time to unfold like a paper fortune teller where each option is a chorus, middle-eight or guitar solo. There is no bouncing off the corridor walls like on early fan favourite ‘Bubble In My Bloodstream‘ (although ‘The Void’ comes close with an infectious guitar hook before it opens up into glorious drawn out choral harmonies, barely concealing the stark warnings within) but this won’t lose the band any fans. If Courting Strong was pure 1979 and Blisters in the Pit of My Heart ramped up the Paul Westerberg guitars then many of the tracks here have one foot firmly in Heart territory as the layers of vocal play and soft-rock solos take more of a lead role in production. However, the punk edge is retained on tracks like ‘Wrestlemania VIII’ and ‘Mini Was a Preteen Arsonist’ which are both closer to the angsty aesthete of previous albums.

Overall there is an increasingly rounded and disciplined approach throughout, perhaps with this record being longer in the making than previous efforts, gone are many of the sharp edges and spiky riffs. The lush harmonies remain but they are more considered and blended, fuller and brimming, if not yet overflowing, with the burdens of life. This is an album that lives with itself rather than fighting its insecurities. They have come a long way since “we met when were seven, now we’re both in year 11” (from Courting Strong’s ‘1997, Passing in the Hallway’) and the archly intelligent and trademark political undercurrent is never more prevalent than on ‘Brutalism By The River (Arrhythmia)’, referencing Durham University’s proposed demolition of its iconic Student Union building, while the sweet drunken-love narrative is classic Martha and is both hyper-locally aware and socially at, if not ahead of, the curve.

So, the post-punk realism stays put but subtle progressive nods with each new release means Love Keeps Kicking is more taut, the joyful optimism (or childlike pessimism) replaced gradually by a stoic determination to succeed. If anything sums up this new Martha it’s huge centrepiece, ‘Orange Juice’, a falling-out-of-love song and, curt just to say it is this album’s ‘Gin and Listerine’, it is a marked transition in the band’s songwriting going forward that single-handedly puts them, three albums in, as serious contenders in the DIY pantheon. As the narrative of the song untangles and the imminent heartbreak unfolds, it becomes vitally important what car our protagonists are driving while the line, “I diluted you like ice in orange juice, I don’t know what to do now” is the most crushingly poignant Martha moment yet and captures the initial, fearful pain of a breakup acutely. As the track continues to unravel a key-change is used to ergodic effect to heighten the listener’s own anxiety as the music swells to bursting and our narrator begins to accept his fate.

If ‘Orange Juice’ is his version of events though, the lovely lilting country of ‘The Only Letter He Kept’ (a grunge ballad par-excellence and reluctant companion-piece) tugs at our already frayed emotions as she finally gets her riposte in gorgeously rendered and understated fashion. Channelling Hope Sandoval at her most fragile, the gentle strumming gives way to slide guitars in a fog of reverb; but it’s the ‘Stay Another Day’-style outro that will devastate once again and brings the curtain down on a superbly engaging collection.