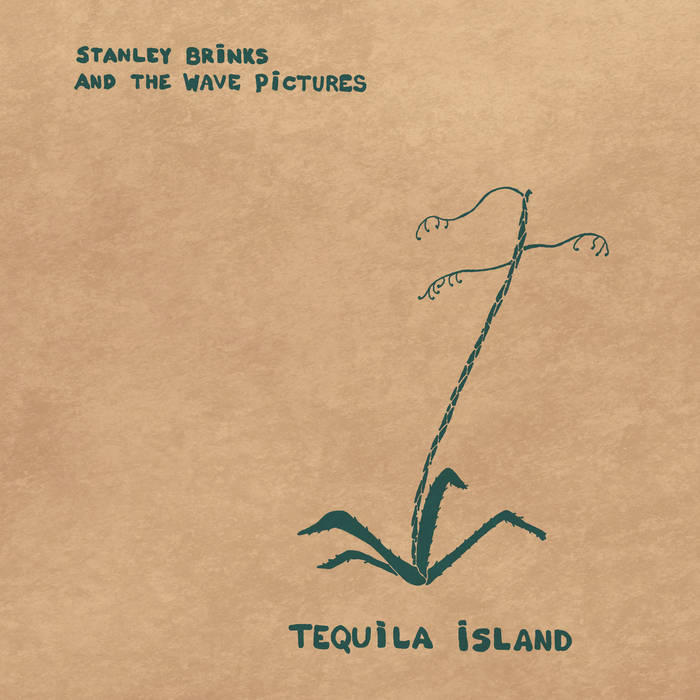 Stanley Brinks appears to have, so far, lead a very exciting and interesting life, he’s travelled, worked as a nurse, produced around a hundred albums (yes, really) in a long and prolific career, and is generally considered to be the quintessential musical eccentric. It’s a pity this isn’t reflected in his work (well, on this showing at least). Tequila Island is his 5th album in cahoots with The Wave Pictures, a band of thrusting young rock gods, from the village of Wymeswold, in Leicestershire. That’s sarcasm, by the way, a hot-bed of rock and roll hedonism, it is not! I should know,
I live a few miles away.

So, the resulting album is, as far as I’m concerned, a mish-mash of poorly recorded guitars,
out-of-tune, nasally, unpleasant, vocals, lifeless drums and an almost totally absent bass player. It’s completely devoid of any production values too, and sounds like the whole thing
is a teenage “band” recording in the kitchen, on a vintage cassette recorder borrowed from their gran. That’s after they’ve spent an entire year listening to the first Modern Lovers and Talking Heads albums (and maybe a little Syd Barrett) in the 6th form common room!
Actually, I take that back… both those albums are fantastic, and this can only aspire to such influential greatness.

Sure, there are clever, witty, song titles (Sober in Barcelona) and lyrics (“I need some gin in me“) and I know it’s supposed to be clever and cool, but the first four or five songs really do nothing but irritate me and leave me cold. Nothing really grabs my attention until track 9, ‘Gin In Me‘ which is a very rare high point, and even that is a direct lift from the aforementioned Talking Heads debut.

High point (if you can call it that) for me, is track 10, ‘Four Times We Kissed‘, which at least has some kind of tune, but again, the weedy, off-key, monotone vocals and irritating guitars do their best to ruin things. Final track, ‘Little Irene‘ tries to generate some interest with what I think is a trumpet, but due to the inept production, it’s hard to tell. Long, boring, Jazzy brass and guitar soloing over monotonous 3 chord jams, really do nothing for me. And there, lies the problem, it just tries too hard to be cool, quirky,
experimental, funny and odd. Ultimately, it’s none of those things. If you like Brinks, or The Wave Pictures, you’ll know what to expect, and will probably love this. Me? I wanted to rush out and buy them a reverb unit a distortion pedal and get Jerry Harrison in to play some keyboards.

Really the only positive thing I can say about this, is that after a few listens, the link I was sent stopped working and I was thus spared having to subject my ears to such drivel again.
4 paragraphs to say what I could have said in 4 words: Don’t waste your money!

Tequila Island is released on 21st June through Fika Recordings.