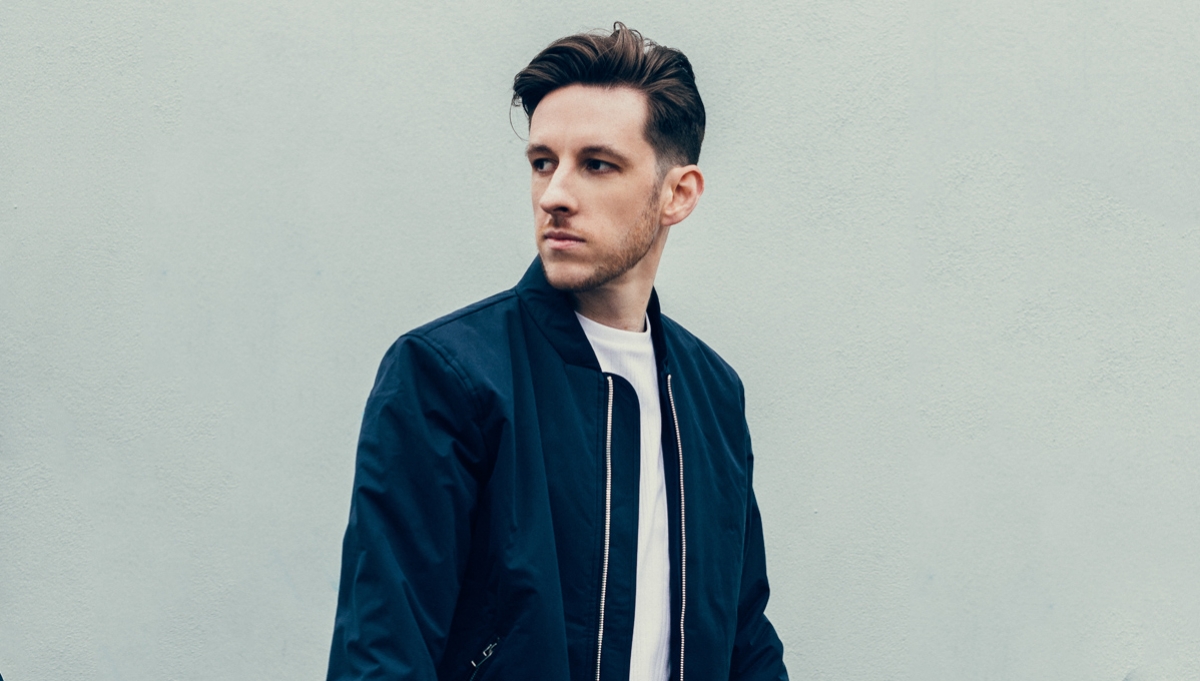 Having enjoyed a lengthy Christmas break which saw him enjoy some time at home in Norfolk, perform a New Year’s Eve show in Tokyo, Japan and soak up some sun in Gran Canaria  Bruce Fielder, AKA Sigala, is refreshed and raring to go – and just as well because he’s got a busy year ahead, which he’s kicking off with the UK leg of his world tour. Before the UK dates get underway next month, GIITTV caught up with him to chat favourite shows, society’s ‘obsession’ with technology and what he’d like his legacy to be.

S: There were so many. Putting out music, touring all over the world, I got to play Wembey stadium again..I’ve seen so many amazing places. The year went SO fast.

You mentioned Wembley stadium, but of all the shows you’ve played, could you pick your ultimate favourite?

S: It would probably be something in Japan – the first time I went there was pretty special. To go somewhere so far away, where I had no idea how much my music was sort of affecting people out there and how many people knew about me..I went out there, did a show and the fans were so genuine. They were giving me gifts and things and really enjoyed what I did – just to experience that was incredible. That sticks in my head.

What do you think it is about your music and dance music as a genre that appeals to so many people and brings them together to enjoy the experience?

S: Dance music, ever since it first came about has never really gone anywhere, it’s just changed. It’s always been a big part of the culture and of people’s lives. I think what makes it so special is that it can take so many different forms and styles; it has something for everyone I guess. Something I try and do with my music is bring a positive, upbeat vibe and I think it’s really important to have that and share it with people. If someone’s having a bad day, they can stick a song on and it can change their mood. The power of music is really strong and it’s something that can be used in a positive way.

You’re about to embark on the UK leg of your world tour – is there really any better way to start off a year? Is there any particular venue on this run you’re REALLY excited to play, or are you just happy to be getting out there and performing your music to those who have and continue to show you such great support?

S: No, and I’m so excited to just get straight back in. I’ve got so many dates planned and I’m gonna go to so many places. It’s a great way to start the year. In terms of venues, I’m just excited to be back on the road really. With a lot of dates on this run, I’ve played in the city before but this time I’m playing a different venue, which is always exciting. That’s probably the most fun part about touring; stopping off in all these places, and I’ll be stopping off in a different city or town pretty much every single day – it’s gonna be intense but such a great time.

What can those attending the tour expect from a Sigala show and which if your tracks would you say tend to go down best with a live audience? Which songs are you looking forward to playing?

S: I always try to bring the good vibes. I’ll be playing some new stuff, maybe some stuff people haven’t heard before, my old catalogue. It’s gonna be high energy. This year, because I’ve done a band tour before, I wanted to do it a little more rave-y, so more like the club show. I’ve got some crazy visuals, production and at the moment, we’re trying to get together some singers to bring out – we’re trying to figure out who’ll be coming along to which shows. Having that live element is always something that’s really important to me. I’m working on my set right now – I’m buzzing.

As for the songs; usually the one I look forward to playing the most is the most recent one, “We Got Love”, which was released last year, so I’m really looking forward to performing that. “Wish You Well”, which also came out last year, had such an incredible response all over the world and every time I play that song, I just see people’s faces light up. It’s those kinds of moments that I really look forward to.

You’ve collaborated with Paloma Faith, Ella Eyre, Meghan Trainor and most recently Ella Henderson to name just a few, but are there any other collaborations in the works you can tease?

S: I can’t really tease anything at the moment. I think I have my next song; I’m really, really excited about it and it’s probably one of my favourite tracks that I’ve ever been involved with, that I’ve written. I feel like it’s really special and I can’t wait to get it out – we’re just working on finalising the vocal at the moment, so I can’t tease anything unfortunately, but it’s gonna be great; that’s all I can say.

You’ve been championed by several major outlets and called a “dance anthem maestro” by Gay Times. Do you pay much attention to what critics and publications say and write about you or are you more concerned with the thoughts and opinions of your fans?

S: I tend to focus on what my fans think and what my peers think. There are a lot of people, like Ella Eyre, who I’m really close to, Becky Hill.. she’s incredible, her voice is ridiculous; I don’t understand how it comes out of her little self..there are a few artists that I’ll sort of confide in, play music to and use them as a sounding board; those people are really important to me, as well as seeing what people say on social media. I’ll often ask what people wanna hear from me next or for ideas for a collab – and I try and take those things on board. They’re the people who are listening to the music, at the end of the day, and who I’m making the music for, as well as myself. I want to make sure people are really going to enjoy what I put out.

As someone who to date has 2 billion streams and a billion video views to his name, what are your thoughts on how socially connected and technology obsessed, it could be argued, much of society seems to be? Do you think it’s at all possible for an artist to be successful today without that interaction and connectivity?

S: I do yeah, I mean, when I compare myself to a lot of other artists, I don’t really have the social reach that a lot of people do. Some people build their entire career off their relationship with their fans, their social numbers, their appearance, which is great and if it works for them, that’s great too, but I’ve always shied away from social media a lot – when I’m touring, that’s when I’ll tend to use it more as I have something to share with people. I’ve always just focussed on the music – if the music’s not right then I don’t know why I’m doing this. The music is at the heart of everything for me.

Finally then, what are your objectives for 2020 and, having achieved so much already, where do you want to see yourself 5-10 years from now? With that in mind, looking a long time in the future, what would you like your musical legacy to be?

S: Well, obviously I’ve got my tour coming up this year which I’m really excited about – new music. I want to put another album out; I’ve got so many songs already; they’re my immediate exciting things that are happening. I can still see myself DJ’ing in 20-30 years’ time. Maybe not to the level of busyness that I am now, but I feel like I’ve developed such a love for it that I’d really miss it if I wasn’t doing it. Legacy wise, I’d like to be known as somebody who made music that really had a positive effect on people and made them happy.