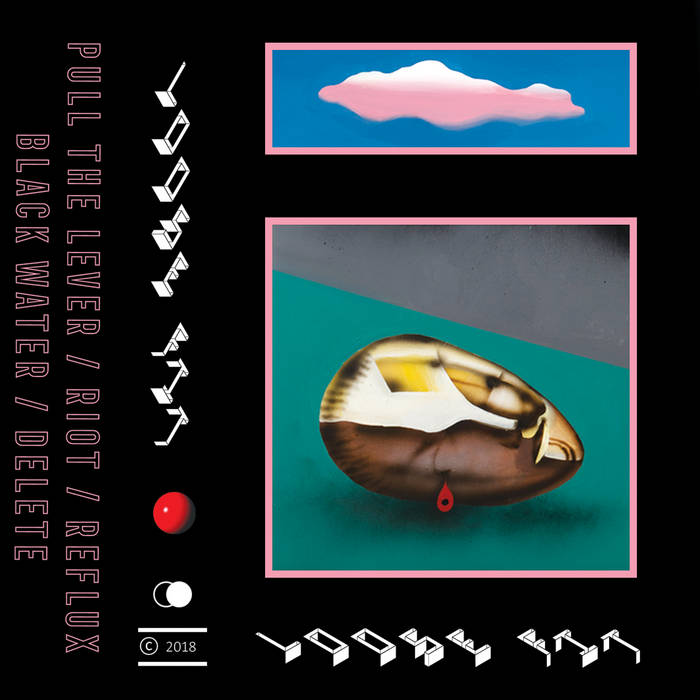 When I lived in Sydney, under the flickering glow of the Kings Cross Coca Cola sign, selling sandwiches by day and entering data at night just to make ends meet, I yearned for every Saturday to visit the vintage markets and bric-a-brac stalls of close-suburb Glebe, with its neo-San Francisco-isms and dusty authenticity. Of course gentrification (and twenty years of that great leveller time) no doubt means this is nothing but a misty nostalgia for youth.

But, Sydney four-piece Loose Fit somehow distil the ethos of that Glebe, no matter how clouded in sentimental wist, and engineer it into something perfectly stylised and timeless. In my mind all bands like Goat Girl, Hot Sauce Pony and Ill exist in a romantic bubble where they while away the days hanging out in skate shops, still buy really cool threads at thrift stores and perpetually eat cold pizza for breakfast. Initially self-released as a limited run of cassettes, Loose Fit’s debut five track EP, recorded in one weekend, now gets a very welcome vinyl release on FatCat Records. The band’s rhythm-heavy sound owes much to post-punk visionaries like The Specials, The Go-Go’s and, most obviously, The Slits but they’re also fans of the No Wave scene and the way both genres looked to funk and dub for inspiration. Loose Fit do it without jettisoning that unquantifiable but uniquely Australian dexterity with style present in some of their contemporaries, most noticeably Tropical Fuck Storm.

The repetitive refrains of ‘Riot’ will bring to mind Fontaines DC as the weight of frustrated expectations break free in song form but the bristling angst it explodes from is all their own and frighteningly prescient, if only we were allowed to go outside and smash shit up. ‘Reflux’ is a metaphor for resistance as we go hurtling towards the cliff edge of a new world order (“the fear of what’s next”) and the layered staccato instrumentation and swathes of reverb is edgy, urgent and startlingly foreboding.

If there is a common theme musically it’s the early noughties New York punk underground but ‘Delete’ is so upbeat musically with the same underlying Australianness that conjures beaches and campers rather than loft apartments and stoops. Addictive and energetic although the very notion of being able to delete or kill something you love keeps the track anchored in bittersweet morosity.