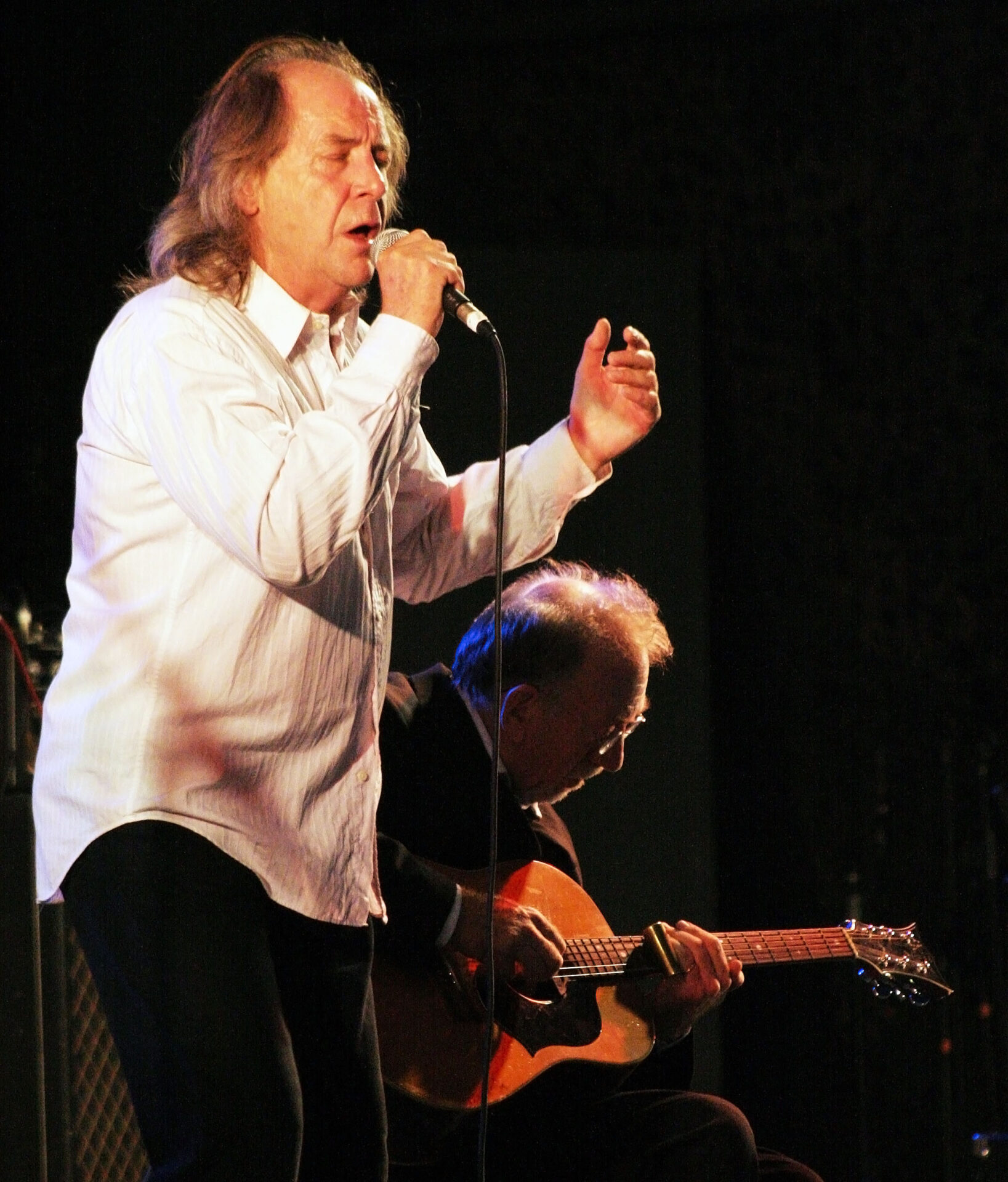 The highly influential 60’s Rhythm and Blues band The Pretty Things have today shared two new recordings in memory of their singer, Phil May, who sadly passed away last Friday at the age of 75.  Our tribute to Phil May can be found HERE.

The two new recordings are taken from sessions made following The Pretty Things’ ‘Final Bow’ from live performances at London’s O2 Indigo in December 2018.  Phil May, along with his fellow founding member and the band’s guitarist Dick Taylor, together with manager and producer Mark St. John, had already begun work on a new album, in an entirely acoustic format and in what was marked contrast to much of their previous work.

Those songs shared today are two cover versions:  the first is ‘To Build A Wall’ written by rising British folk singer Will Varley with the second the band’s powerful interpretation of American singer-songwriter’s Gillian Welch’s classic tune ‘Devil Had A Hold On Me’.

Main photo of Phil May and Dick Taylor performing with The Pretty Things at Rhythm Festival, Bedfordshire, August 2008, taken by Simon Godley.