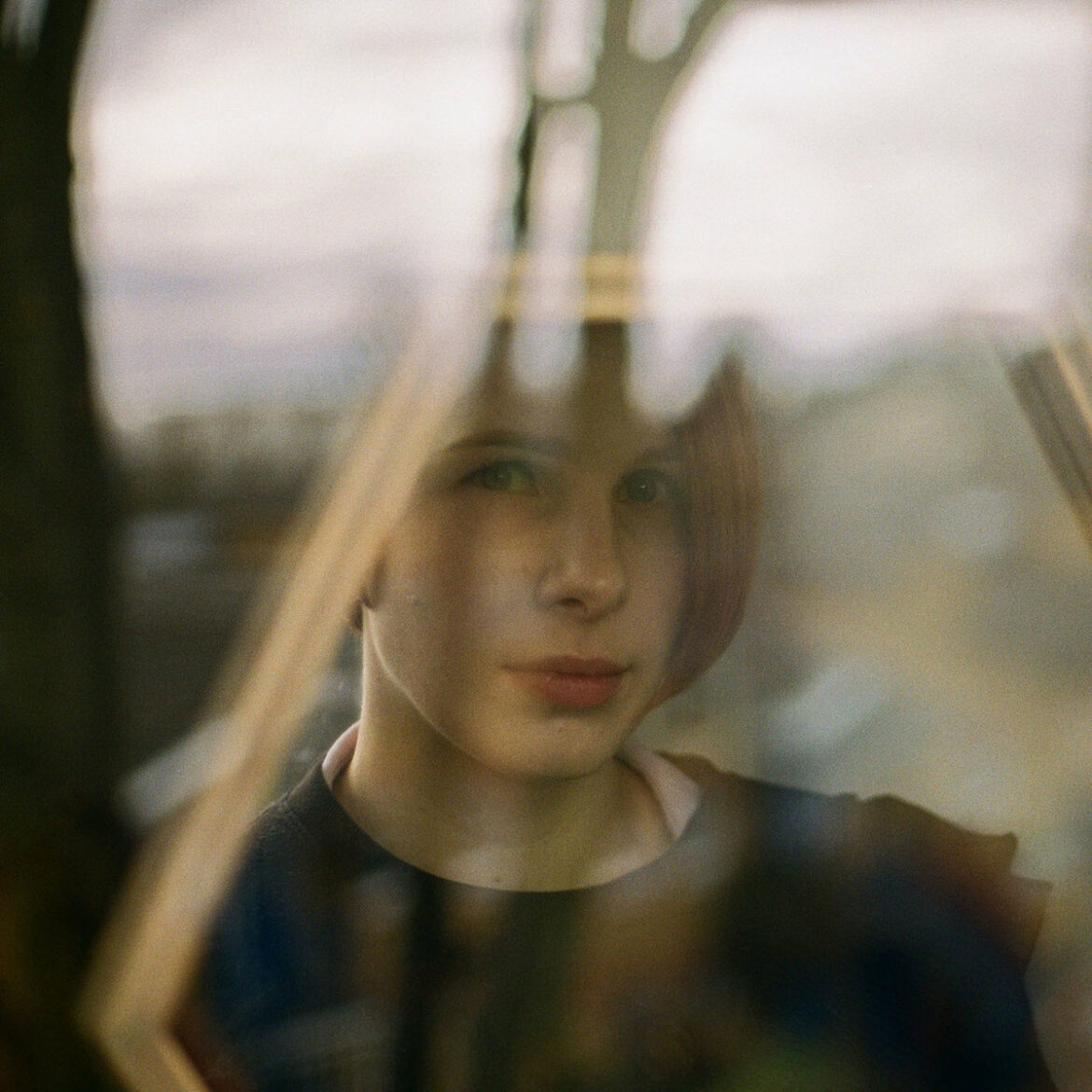 Maybe this year has made everything distorted, the brain is experiencing cabin fever, a few conkers and marbles have fallen out, but even the sweetest singing has started to become a little sinister.

Maybe it’s because Laura Fell is a psychotherapist that an air of mystery and otherworldly voices prevail.

There is an echo to her pin-drop voice and arpeggio plucked guitar that reverberates around the room like it is being recorded in a vast empty space, and this conjures images of old haunted houses or abandoned hospitals, and therefore there is a spectral feel. Add this to the general melancholy and angelic vocal, it’s a heady and intoxicating mix.

This sets Laura apart from her peers by being immediately ambitious and anthemic. ‘Glad‘ has a distant trumpet or cornet being played in another room of this empty building which is incredibly atmospheric and moving. Especially around Remembrance Day and the Last Post still ringing in our ears.

Lead single ‘Bone of Contention‘ is perfectly placed after the opener, with its subtle organ in the background and harp adding more mysterious vibes.

On ‘Cold’ an almost angry stand up double bass bounces around, seemingly shouting at people whilst Laura tries to reason with it. She has previously stated that she cannot feel anger without feeling out of control, but here she gives the impression that she is remaining calm in the face of provocation.

‘Left Foot Right Foot‘ is a much simpler affair with guitar and a far more unstated bass underneath a duet in harmony with a male vocal. It also feels like there is a foot back in the past, an almost music hall duet, or from round a piano in an old East end pub.

‘Every Time’ is the most upbeat and up tempo song on the record with a shuffling beat from brush snare and leaping bass.

‘Until Now‘ is a downbeat lament with additional trebly electric guitar and jazz sax at its conclusion.

‘Safe From Me‘ has a beautiful cyclical arpeggio acoustic guitar which seems to echo around the hard walls until a big stomping heavy drum and double bass accentuate a feeling of impending doom before down the corridor a guitar is wailing as if in pain.

‘I Didn’t Mean To‘ seems to be Laura consoling and convincing herself of something. It’s probably the most sparse track; the doors of the house have been flung open and she’s walking out into a mist and fog before being enveloped in it and…..gone.

Laura Fell has created a ghostly psychiatric hospital, one where she has helped people maybe rather than herself. It’s a triumph in allowing a feeling of helplessness to simmer under the surface of a supposed positive outward appearance. Wrapped in a gorgeous combination of her vocal and gentle guitar.

Where this record really stands out from the pack is its refusal to stick to the same path, track to track. Light and shade dance through each window and door as you dance through its rooms. A triumph.