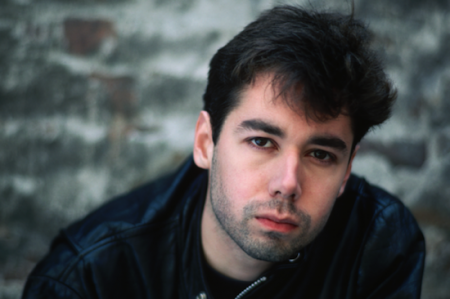 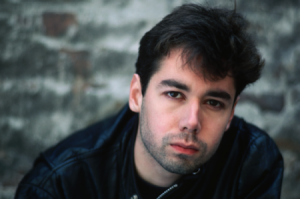 I was stuck in Lewisham’s Fox & Firkin helping my girlfriend hang pictures for her exhibition which would hang on the walls of the south London pub/venue during its annual two day music festival ‘Foxfest’. In between Picture straightening and being put in charge of blu-tacking info cards I was idly checking emails and, more importantly, twitter when I saw hashtags of #RIPMCA appearing in nearly every tweet from pretty much everyone I follow. My immediate thoughts were those of sadness as the realisation of Adam Yauch’s tragic death at only 47 (from the cancer that he seemed to have beaten) hit me. What has since followed has been a  personal recollection of how MCA affected my musical upbringing  .
I was 8 years old when ‘Licensed to Ill’ came out and I was already devouring my older brother’s record collection as most younger siblings do. Records by Slayer, Iron Maiden,ACDC and countless others were already a part of my life while outside of the confines of my brothers stereo my ears were being let loose on the hip hop and Reggae that was soundtracking the area of Peckham I was growing up in and would Immediately play whenever I left the small flat where my family lived and into the noisy, vibrant high streets, council blocks and main roads of SE15.
After seeing the video for ‘(You gotta) Fight for your Right (to Party)’ I wanted to be all three members of the Beastie Boys although I immediately gravitated to the leather jacket clad, unshaven Yauch, his look straight out of the records and music magazine’s of my brothers bedroom. As I got older it seemed that the Beastie Boys were there as a musical reference point for my expanding love of music. A couple of years later as my teenage years bought American punk rock into my life I learned that the band had ties to the new York Hardcore scene (ties that were evident on 1982’s ‘Polly wog Stew’ EP). Until I moved out of my parents at 21 there on my bedroom wall was a picture of Adam Yauch with Darryl Jenifer of my beloved Bad Brains.
If you were to turn the nineties into a kaleidoscope the Beastie Boys would be prominent. In-between flashes of kurt Cobain’s green and brown striped sweater and the Smashing pumpkins drugged out ice-cream van Technicolor haze there would be the 70’s cop show homage of ‘Sabotage’ that, for me at least, defined the nineties in terms of music video and showed that for a while, although sneered at, MTV was a widely regarded platform for visual art within music. Whilst ‘Sabotage’ was directed by Spike Jonez, Adam Yauch’s contribution to music video is undeniable. From the slow motion fuzz of ‘So whatcha Want?’ to the Japanese B-movie kitch of ‘Intergalactic’ MCA’s videos were undeniable classics of music video and the more overlooked examples of his directorial work such as ‘Shadrachs’ hand painted genius and the Live video ‘Awesome, I fuckin’ shot that’ where the audience were given 50 camcorders and Yauch directed the resulting footage showed MCA as true artist with a desire to merge art and pop culture into something thought provoking whilst still retaining a sense of fun and, more importantly, a sense of humour. One of the Last things Adam Yauch left us with as a director was the 30 minute ‘Fight for your Right Revisited’ a video that, while being hilariously funny, showed that after 30 years as a group they still remained relevant musically and a constant pop culture touchstone.
Adam Yauch’s conversion to Buddhism in the nineties and his subsequent work with the Tibetan independence movement, creating the Milarepa Fund and in 1996 organizing the Tibetan Freedom Concerts (which ran until 2001) to raise money for the cause showed Adam Yauch’s heart was as big as his creativity, pulsating with integrity and compassion. Even in the face of the cancer that sadly took his life this past Friday MCA remained, and shall always remain, one of the most positive and influential artists in HipHop and music in general.
In the last 24 hours Adam Yauch’s Bandmate Mike D has posted a picture on the bands messageboard and facebook of Madison Square garden video screens showing a tribute to MCA. Mike D wrote ”this photo sent to me by a friend, (thanks Saslow) is just one awesome example of how NYC is such a unique place that amidst it’s huge size and frenetic pace it really opens up its heart in so many ways and on so many levels in times like these. And though it makes me cry sometimes, it has been really amazing and moving to see.”

For me Mike D’s description of  New York is How I will always see Adam Yauch.