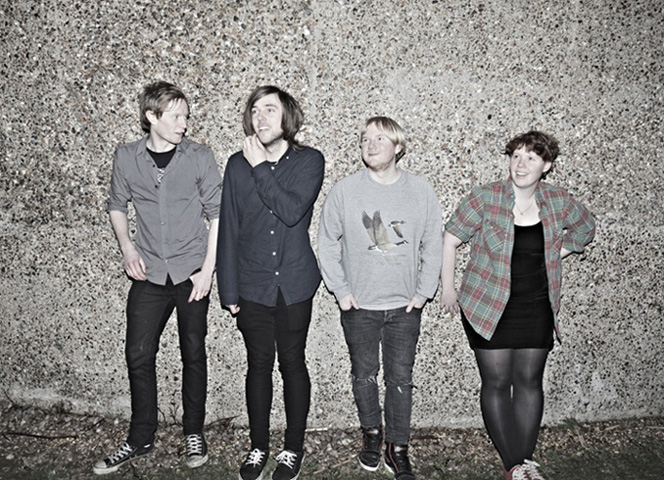 Fresh from sell out UK tours with The Cribs and Allo Darlin’, Leeds indie-pop band This Many Boyfriends have returned with their toe-tappingly catchy new single ‘(I Should Be A) Communist’ which they say is about “our bass player, money and cardigans”. Produced by The Cribs’ frontman Ryan Jarman, it’s out on May 21st through Angular Recording Corporation .

Charting a book club session that descends into hilarious chaos, this video – directed by Nik Vestberg – captures the loveable charm of this Northern quartet. Of course like all good stories, everyone lives happily ever after and has a well-deserved pint. Vestberg has previously worked with Allo Darlin’, including directing their video for ‘Capricornia’.

This Many Boyfriends had this to say:“We say it’s a pop song about big stuff, the big stuff being buying superfluous, dumb things when you have no money. And we should make it clear from the off that’s it’s not really an academic study about the merits of Communism, it’s a silly song with a guitar solo. Karl Marx, avert your ears!”

‘(I Should Be A) Communist’ is truly This Many Boyfriends’ best song since the last one. It will be released on limited red 7” vinyl and digital download. They will also be hosting two single launch parties next month: