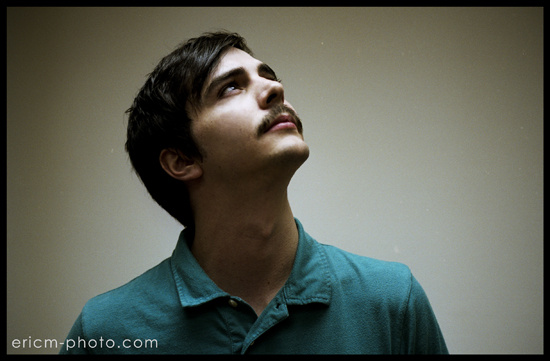 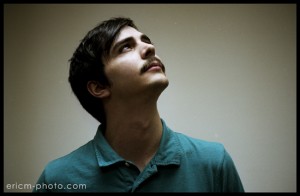 Today’s musician lucky enough to earn our nod of approval is Roger Sellers. The Texan music maker is a vastly talented young man who draws on guitar, banjo, mandolin, bass, bells, organ and piano parts in his songs, all of which he plays himself, and which he accompanies with a vast array of samples, as well as extracts from many different interview dialogues about nation, identity and whatever the hell else.

His most recent album ‘Moments’, released last year and soon to be re-released to vinyl, is actually his second full-length instalment. The album is named after its lead track of the same name, a track that could be considered a peculiar choice of lead single when one considers how many more instrumental, wholesome and substantial songs there are to be heard elsewhere on the record. However it is in truth a fitting starting point to a much larger adventure, given the many different samples and voices we hear amalgamated together, which all act to dislocate and intrigue in equal measure, setting the ball rolling in this most thoughtfully enigmatic of records. This song, and indeed the title ‘Moments’ itself, both illustrate the fragmented nature of the album’s conceptual approach. The album proceeds to place these all together into a strange and convoluted whole that leaves behind a distinct impression upon even the most casual of listeners.

Over these seventeen tracks, Sellers’ music transcends between a vast array of instruments, vocals and samples. What he accomplishes so well is fitting all of these together in ways that are both psychedelic and alluring, sensual and gratifying. It is wholly unpredictable, but yet somehow grounded with an assured level of consistency. His music has been referred to as ‘aural landscaping’, but in truth this description is inadequate in conveying the vibrant life and immediacy at the heart of all of Sellers’ work, no matter how obscure they may seem conceptually. Sellers builds his music up from the foundations of songs that are immediate and intuitively gratifying pieces of electronica or even simple pieces of acoustic instrumentation, before submerging them into an obscure mix of experimental fields of sound that stretch far beyond anything you could sing or dance to. It throws the listener into a world of perturbing and estranged perspectives.

His music can certainly be considered dark and a little twisted in nature and humour, but with this it refuses to become complacent with melancholy. This helps provide an intriguing experience that alienates and intimidates the listener, but yet ultimately possesses you, and moves you to a place of abstract feeling that is vastly surreal but puzzlingly real. The manner with which such a young and new musician manages to construct seventeen vastly disparate but collectively consistent tracks, that have relentlessly stumped and confounded me to find words adequate enough to accurately describe his music to you for the last few weeks now is, if not a sign of lacklustre journalism, a demonstration of his credibility as an individual who merits being kept a sharp eye on.

You can listen to the full album here.