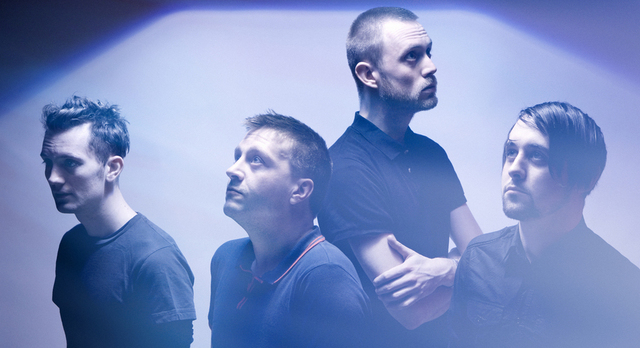 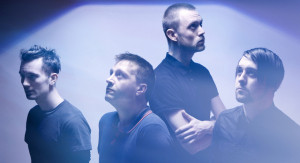 We catch up with Paul Wolinski before 65daysofstatic headline a rather rainy 2000 Trees to talk over the band’s current projects and what’s new going forward for this band, who first blew their way out of Sheffield almost a decade ago.

Your last release was in 2010 and you’re now playing this and Truck next weekend, as well as Tramlines later this summer, what’s the mission in doing these shows now?

At the moment we’re in the middle of writing the next record, but it’s always nice to road test new material. We didn’t really go looking for these shows, so it’s always flattering when people come to us, asking us to play. There’s some really nice festivals and nice slots that we’re playing in this small run, we’re going to Finland tomorrow, and Croatia in August, where we’ve not played before so I think it’s going to be nice to go to new places. But on the whole, it has been quite quiet this year so far, we did Istanbul in April, but it’s mostly been writing, which always takes us a while.

Is there a time span planned for a new release, or are you leaving it fairly open-ended?

It’s impossible to say right now, we’d love to get it finished before the end of the year and be out touring again next year, that’s what we’d hope to do, but we can’t say for sure yet.

It’s our first time headlining here, we played once before in 2010 and thought it was great, so it’s really flattering to be asked to come back to headline.

Do you think that, as an instrumental band, it represents a bit of a challenge to headline a festival?

Erm.. Perhaps. It’s been such a long time since I’ve thought about the fact that we don’t have a singer. I think that we’re a pretty good festival band in that people can usually jump around and dance to our music regardless, so I’m not sure, because especially at festivals like 2000 Trees, people who come to places like this just want to enjoy good music and tend to have fewer pretensions in their judgements of bands.

Indeed, Three Trapped Tigers headlined yesterday so there’s a healthy trend emerging there. Staying on that topic briefly, when you come round to writing music, do you still have a conceptual approach to writing new material?

Erm, kind of yes, but it’s something we try not to explain to each other too much. We wouldn’t want to try to write a concept album, because everything always ends up about everything, in one way or another. The last record we wrote was the soundtrack thing (For the film ‘Silent Running’), and obviously there’s a big concept there, which was the film, and it was nice to have things to hang the song-writing on, it made for a good change. So this time we are approaching it in a slightly different way, most likely the underlying concepts or things that we’re sort of inventing will never be explained to anyone other than the four of us, because it’s more about a process to get to an end result that hopefully stands on its own, rather than needing external explanation.

So when you come back to writing, how do you turn over to start again, what do you think defines each album from the last?

Well yes, we’ve always been wary of repeating ourselves, the bands we always found most interesting are those that keep changing and trying new things, because even if things go ‘wrong’, the rest of the albums still exist. So if people haven’t liked anything that we’ve done since ‘The Fall of Math’, it’s fine because they can still just listen to ‘The Fall of Math’, but there’s no point in us writing more variations of that theme over and over again. That’s how we’ve tried to approach every album, and as each album goes by, it takes a while to stumble across the next thing you’re interested in, but you do always eventually find it I think, because you can never run out of finding ways to write music.

Ever?! Haha, that’s a tough question, what springs to mind? Well ‘Lord of the Rings’ is pretty good isn’t it? ‘The Count of Monte Cristo’ would probably be up there, that’s an incredible book. I’m reading ‘Invisible Cities’ (1972) by Italo Calvino at the moment, I’m amazed that I hadn’t heard about it before, it’s incredible, seems to be a classic that just passed me by completely. But no, I don’t think I could answer that question completely, you don’t want a book that’s the best at everything, because that’s just impossible.

Are there many other artistic interests you guys like to pursue outside of the band?

On an actual tangible level, all we really do is music, we’re quite a hands-on band, so just the day-to-day of keeping 65 ticking over takes quite a lot of time, and the rest of it is usually writing music or being on tour. To be honest, it seems there’s less obviously exciting things going on in music than there are in other art forms, the way the world is going right now. There seems to be an awful lot of exciting things going on in digital media and writing on the internet at the moment, as well as actual co-ordinated actions in the real world that bear more of a relevance, in terms of communication, which is what art has always been about to me personally, conveying things that you can’t just explain. So maybe music seems to be in danger of being left behind, I don’t know.

As each album goes by, do you find yourself under more pressure, and perhaps finding it more difficult as a result, to go on?

That is true, and it’s easy to get sucked in to doing it for the wrong reasons, the whole two-year ‘make a record, release a record, tour a record’ thing. Especially if you’re a band like us, it really comes down to survival, if you stop touring for too long then no money comes in and you’ve got to get real jobs again, it’s certainly not a comfortable position financially, and that can trick you into writing a record faster or going back on tour when you’re not really doing anything new, to deserve to be touring it. So there’s definitely pitfalls to look out for, in writing something that doesn’t really need to be written, I mean there’s already too many out there aren’t there, in a way? You need to have something to say, and say it well.

Well yes, it’s nice to know now that people who become fans of 65 aren’t too concerned about making sure that they’re into the band of the moment, it’s calmer people who understand that all of that nonsense is just nonsense. It’s good to know that there’ll be people waiting for us when we do have a record ready. That is good, that’s nice.

I thank Paul for taking the time to speak to us and wish him luck for the show. As the rain continues to ceaselessly pelt down upon the roof of the small portable dressing room, Paul admits that he is beginning to feel quite nervous. In response, I feel obliged to serve up that old cliché, the meekest of re-assurances, ‘well you know you’ve been doing it too long if you don’t still get the nerves.’ While I’m sure this would do little to settle anyone about to headline a festival, it is still true that the inner burning  that manifests itself in pre-show angst demonstrates not only the fight still left in this band, but the unwritten pages still left pouring around in their minds.