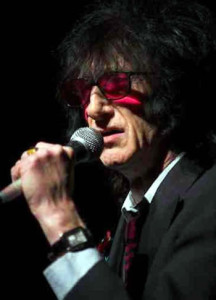 Rhythm Festivals- Rhythm Folk, Rhythm Blues, and Rhythm Festival- takes over Old Warren Park in Bedfordshire from Friday 24th – Sunday 26th August. This year the lineup includes Hawkwind, The Beat, Wilko Johnson, Booker T, King Mob, Ardal O’Hanlon, The Damned, John Cooper Clarke, The Blues Band, Three Bonzos and a Piano and many, many more. and many, many more. Rhythm Festival, held as a single event in Bedfordshire since 2006, becomes 3 linked festivals in 2012 with the addition of Rhythm Folk and Rhythm & Blues and takes place at Old Warden Park in Bedfordshire over the Bank Holiday Weekend of August 24-26th.) We’ve been kindly given a PAIR of weekend tickets plus camping to give away, to enter the competition simply like or retweet this page! Winners will be informed on the 7th of August good luck!

Rhythm Festival promoter Jim Driver recently announced that the comedy stage will be headlined by Irish comedian Ardal O’Hanlon on Saturday 25th and by veteran Punk Poet and comedian John Cooper Clarke on Sunday 26th. The rest of the all-star comedy bill will be announced shortly.

Ardal O’Hanlon: The hilarious star of ‘Father Ted’, ‘Blessed’ and ‘My Hero’ is coming over from Ireland for a rare live show and especially for Rhythm Festivals. A highly acclaimed stand up, Ardal has toured to sell out audiences internationally and released two Top Ten stand up DVD’s. Recently Ardal completed production in a lead role for the feature film, ‘Wide Open Spaces’. Ardal’s debut book, ‘The Talk of the Town’ proved to not only be a Best Seller – but has recently been voted one of the 1001 books of all time, to read before you die.

In a vain attempt at bourgeois credibility, Manchester’s sharp-dressed, sharp-delivering punk poet Lenny, changed his name to John Cooper Clarke and embarked on a polysyllabic excursion though Thrillsville. Clad in the slum chic of the hipster, he issued the slang anthems of the zip age in the desperate esperanto of bop. Expect a mix of hilarious anecdotes of life in a Northern town interspersed with machine-gun fast delivery of some of his best poems. ‘If you think poetry is dull and boring, or posh and erudite – you haven’t seen JCC!’

No bigger accolade and platitude of his work is that no less than 3 of his poems are now in the GCSE syllabus, including the remarkable Twat. He is studied by many A level students and his poetry is prolific within UK and Irish University courses, all ensuring that he will be forever ingrained in the psyche of Britain’s new youth. He is also the new voice of Domino’s Pizza on TV, but keep that quiet…

All ticket-holders will have access to the Comedy Theatre.

for 2012 and available to ticket-holders for all three Rhythm Festivals are Fringe Theatre performances in the The Old Dick Theatre and a huge programme of Literary & Poetry Events. Details of BIG NAME attractions on these stages will be announced soon. Comedy (again programmed by Jesterlarf Comedy Club of Cambridge) will return in 2012 as will other old Rhythm favourites, including the Groovy Movie Picture House (free sola-powered cinema), DJ Wheelie Bag in the Tavern Bar and even more children’s entertainment, including Panic Circus and the Junior (London) Olympics.

TICKET HOTLINE NOW OPEN:
01767 626 262
Credit Card Hotline operated by The Mansion House and operates during office hours, 9am-5pm, Monday to Saturday. 5% booking fee will be added to all telephone orders.
No booking fee (£1 handling charge per order) on tickets bought from the official website:
www.rhythmfestival.com

More on this totally unique festival concept in the coming weeks.
End.