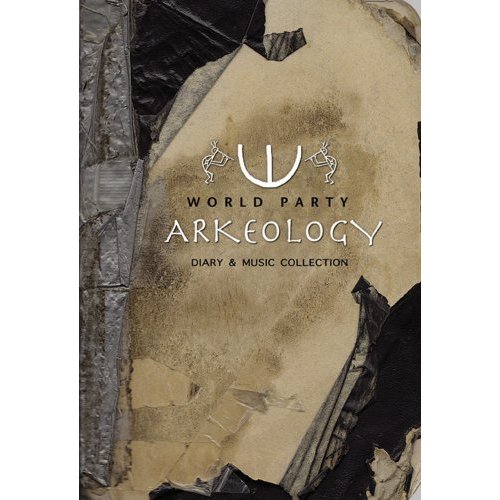 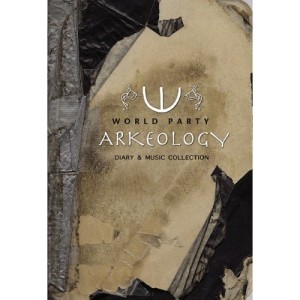 There I was, pondering about just who this 70 track World Party retrospective is aimed at – yes, say that again, 70 tracks – and as I pondered, I wandered into the lounge where my housemates were glued to the box, watching the end of Jack Black’s 2009 film ‘Year One’. Just right there, over the closing scenes, the triumphant best bit of a fairly good film, came the oh-so-familiar strains of the Karl Wallinger penned ‘Put the Message in the Box’, and I was emphatically reminded of Wallinger’s place in the pantheon of familiar popular music.

Karl’s glory years in the public eye were in the 1990’s, but he has been there in the background for most of us ever since – as evidenced by the version of ‘Love Street’ on the album, recorded live at Bonnaroo 16 years after it was first released, and sounding pretty fresh and full-force for all that. There’s the song-writing too, ‘She’s The One’ might have made a million for Robbie Williams, but it was written by Karl about his own mother’s death.

Karl’s first experience in a first division band was with Mike Scott’s Waterboys, where he stayed for only two albums, by all accounts deciding that his song-writing ambitions were likely to lead to disagreement at some indeterminate point if he hung around. It sounds like he got out while the going was sweet, on good terms to boot, and at a salient point before his erstwhile band-mates decamped to Ireland to reinvent themselves as some sort of proto-Mumfords.

Given that there are a full five CDs in this set, it’s almost a surprise to realise that there were only ever five proper World Party albums. If it weren’t for the fact that many of the tracks on this collection are re-records or live versions, it would be as though World Party had suddenly doubled their lifetime output. As it is, the effect is not that far off the mark, even though there are ‘only’ a dozen or so new songs, some of which have been recorded in the last twelve months. The rest is as if we had been granted a month to truffle through Wallinger’s studio archive – there are live recordings, at one point a discussion between Karl and DJ Johhnie Walker, before Karl performs something approaching an instructional version, giving his own live commentary as he sings. As I discovered when I plunged unannounced into disc three (a five disc set will induce that sort of panic) there are covers, often live, of songs such as ‘Dear Prudence’, or via a recording of a 1993 US concert, ‘Like A Rolling Stone’, which clearly point the way back into Karl’s own antecedents and influences. 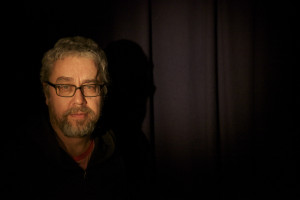 It’s easy enough to presume the rationale for the timing – Karl has been ill and recovered, he’s a month short of his 55th birthday, but most significantly has only recently acquired his own back catalogue from EMI. He is showing us round his library as he is re-discovering it himself. To tie in with all this, there are three concerts planned between Oct 28th and Nov 1st – Leamington, Oxford and culminating in the Royal Albert Hall.

What you get for your £29.99 is very nicely done indeed, in the form of an any-year week-to-a-page diary. The dates are on the right hand pages for your use, while facing them are very brief notes to index the album tracks – sometimes just a date and a note of where they were recorded. There are travel and band photos too, occasionally prints of hand-written lyrics, drawings, that sort of thing. The CDs are slipped into pockets in the book, and no doubt the serious collectors will be carefully putting those in jewel cases while they encase the book in plastic. I’d say – use the thing, it’s clearly meant to be. It’s fun, the paper covers obviously intentioned to get dog-eared, and a million miles from some of those weighty box-sets we see around.

I’m still pondering the first question, who exactly is the intended audience? Yes, there will be those who know every word to every song, the sort who argue about wiki entries.

I think the enjoyment can go much wider than that though. I’m a fan but no ‘nut’ – I’ve got three of the five World Party albums, and that’s the truth. On the other hand, I have to say that I’ve enjoyed this experience enormously, this personal guided tour. So it seems I’ve got my answer right there about the audience – it’s me! 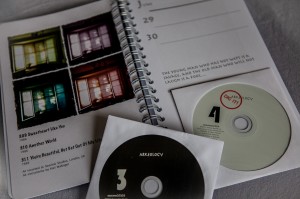 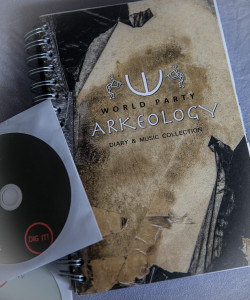