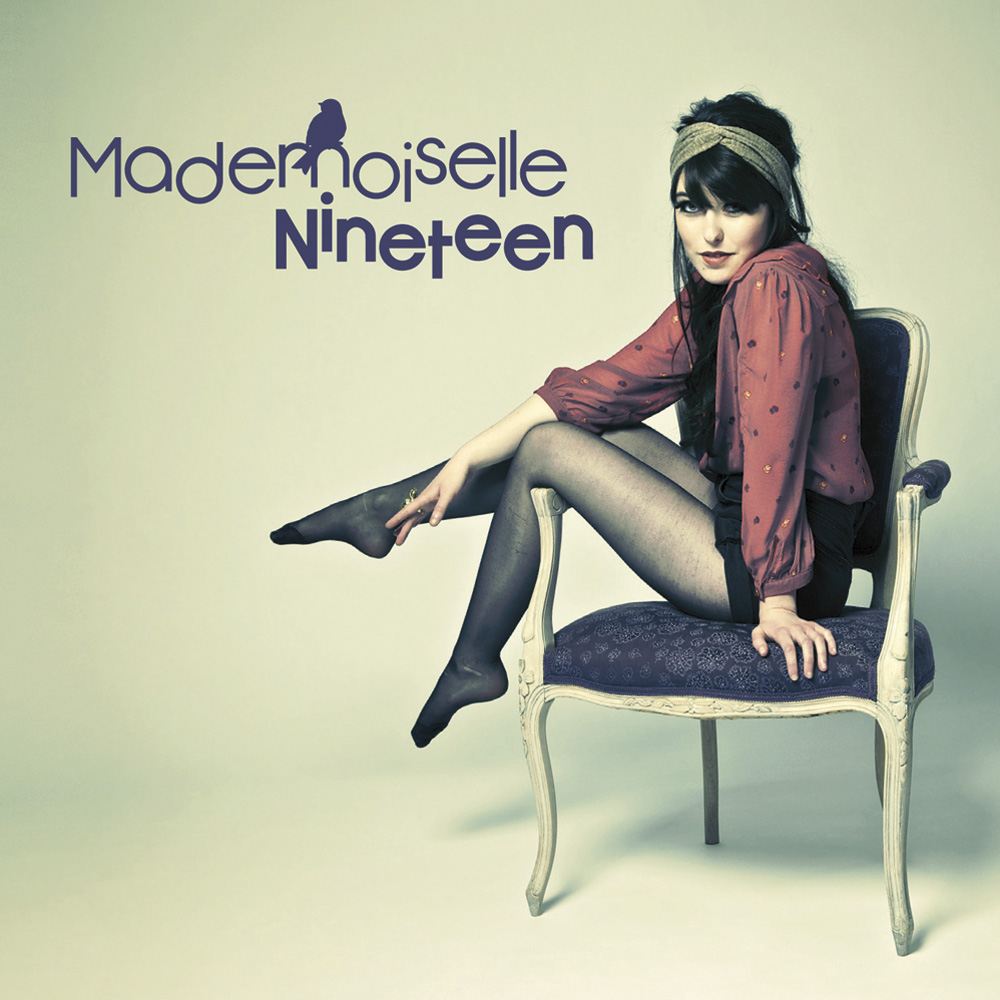 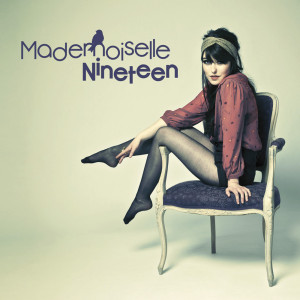 Mademoiselle Nineteen is Belgian chanteuse Juliette Wathieu. Working with songwriting legend Jacques Duvall (the man who penned ‘Banana Split’ for Lio, as well having collaborated with Jane Birkin, Etienne Daho, and even The Runaways), Freaksville label boss Benjamin Schoos, and Gimmi Pace, Juliette has created a lovely debut album. Timeless melodies and lush arrangements reflect various moments from Pop’s glorious history without crossing the line into total retrospection. This line from her bio sums the record up nicely – “if she were an item of clothing she would be a peculiar garb hanging in your wardrobe somewhere between France Gall’s frilly knickers, Britney Spears’s bra tops and Nancy Sinatra’s snakeskin knee-highs.”

Album opener ‘Juillet Brillait’ is simply gorgeous. A breezy summer song, with all the pleasure of a sunny city afternoon, its light chorus slipping into a sumptuous verse. I don’t speak French so I can’t comment on the lyrics but the song is excellent enough to evoke a delicious scene from sound alone. Single ‘Quelle Importance’ could be a lost 60s Gainsbourg classic, this feel very much reinforced by the video. A Spector-esque beat, cool minor guitars, shadowy strings and flirtatious organ line, ‘Quelle Importance’ is the dark counterpart to ‘Julliet Brillait’. Offering both sides of the pop coin, these are the highlights of the album. ‘Tu Ne Veux Plus De Moi’ is a pretty piano number, the most chart pop sounding song on the record. Juliette’s voice bears a touch of the sad, of the resigned, both escalating to linger in the chorus. ‘Je Marche Sur Des Pétales De Roses’, a lovely title, reminds one of Autour De Lucie, not for the first time on the record. This duet with Marc Desse is a languorous shadowy stroll. ‘Le Chagrin Et L’Amour’ is a galloping Western saga before the album returns to its pop base with ‘Tout De Même’. ‘L’Inconnu Du Delta 140’ keeps up the airy urban ambience, youthful but sophisticated. ‘Dormir Le Restant De Ma Vie’ is a fun little number with an infectious chorus and jumping, soaring keyboard lines. Had this been mixed slightly differently, it would be pure synthpop. And closer ‘Je Danse Dans Le Noir’, another great title, is elegant laidback disco, reminiscent of when Saint Etienne conjure up a 70s dancefloor. 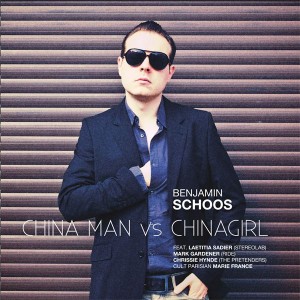 And Benjamin Schoos, who besides being label boss and co-wroting six of Mademoiselle Nineteen’s songs, has released his “debut British album” – China Man Vs. Chinagirl. Comparisons to Gainsbourg are obvious. His voice, and how he uses it, is reminiscent of Serge’s, and Schoos was also very much influenced by Jean-Claude Vannier (Gainsbourg’s arranger for Histoire de Melody Nelson).  The title track, unsurprisingly, is a nod to 80s Bowie but with a pure Serge-style spoken narrative. ‘Profession Catcheur’ and ‘A Mort L’Amour!’ both use this technique to great effect over seductively swirling orchestral backing. ‘Je Ne Vois Que Vous’ is a wonderful pop song with a Stereolab-esque pulse. And indeed this is a duet with Stereolab’s Laetitia Sadier (Mademoiselle Nineteen also offers an excellent version of this song on her record). Chrissie Hynde and Marie France duet on the ballad ‘Un Garçon Qui Pleure’ and Ride’s Mark Gardener sings the cinematic closer ‘Worlds Away’. Catch Benjamin Schoos on his UK tour, starting tonight in London, from November 14-20th. Details on his Facebook page.