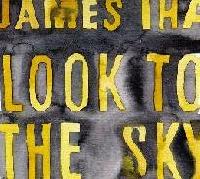 井葉吉伸is today’s chosen artist and he is in the band Tinted Windows. If you prefer it, he is better known as James Iha and used to be in a more widely known band by the name of The Smashing Pumpkins. Either way, he’s just released his second solo album, ‘Look To The Sky’. Whilst it displays where his influence bore on both those bands, it is a far less aggressive set of tunes that perhaps Mr.Corgan likes. That isn’t necessarily a bad thing of course, so have a listen to the attached sample, please do.