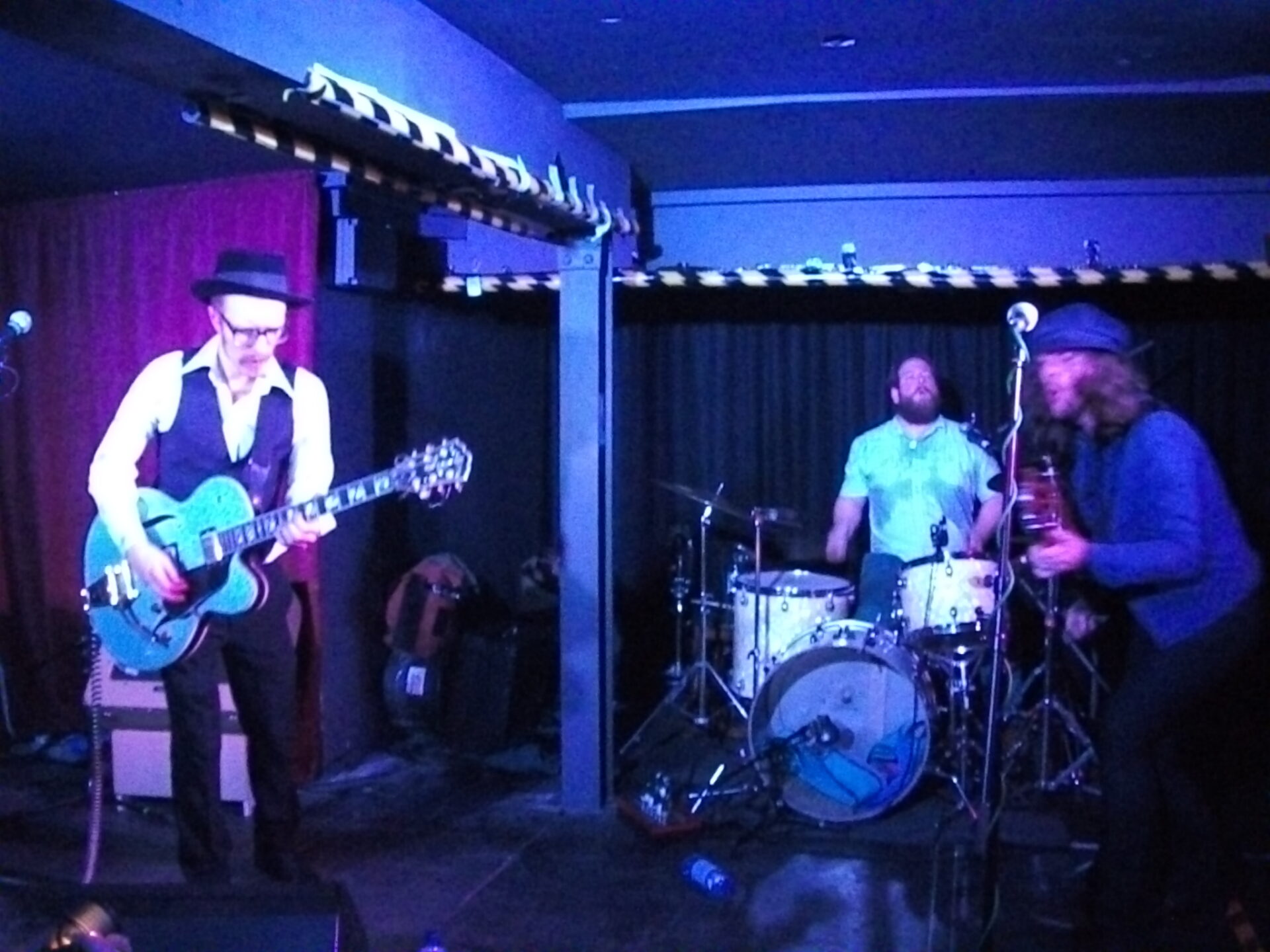 What’s in a name? Rather a lot it would seem when it comes to Hidden Masters. Here’s a band I’ve heard more than once described as “the best band in Glasgow”. A band who I might even agree are the best band in Glasgow, but take a little trip around Google and see how much up to date information you can find… 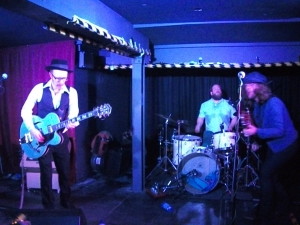 The three-piece are musically tight to the point you would be forgiven for believing they have a sixth sense. Each a master of his instrument on top of providing vocals to the mix allowing for some awesome three-part harmonies. Their sound could be described as psychedelic-prog-rock, but that wouldn’t do them justice. The array of directions their music takes is incredible, and that’s just within individual songs. Wild tempo changes, guided by drummer John Nicol let the band drop in and out of genres with ease, making it a bit like watching the best bits of all your favourite bands throughout the years coming together at once. Varying influences also help bubble the cauldron Hidden Masters drink from: Buddy Holly; The Byrds; Love; The Moody Blues; The Move; The Pretty Things; Queen; Tomorrow; The Who; Yes; The Zombies. Live is definitely where these guys thrive. Guitarist and lead vocalist Dave Dixon and bassist Alpha Mitchell thrash around the stage, adding incredible showmanship and energy to everything else they provide. It’s probably not the best I’ve seen the band live, nevertheless they blow your average band clean out of the water.

The set opener draws to a close with a nod to the festive season with a few notes from Tidings of Comfort and Joy. Former single Grey Walls Grey, with its vocal intro that gives way to the stop/start verse is a highlight. As are Last Days of the Sun and the double A-side from the single Nobody Knows That We’re Here. A few merry fans barge down the front for a bit of a dance during the encore Rollin’.

Hidden Masters have been promising us an album for a while now so hopefully 2013 will be the year we can finally get our hands on it.