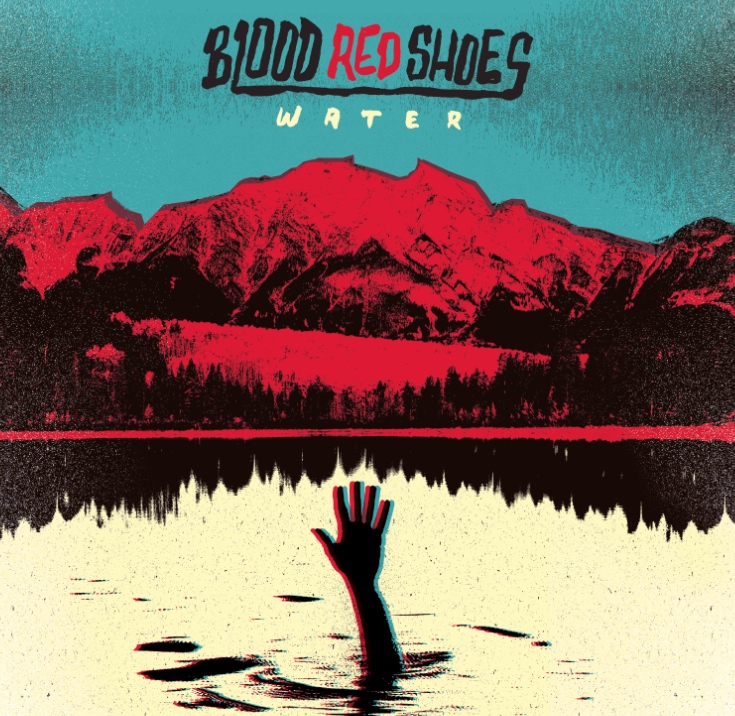 2012 will definitely be regarded as an eventful one for Brighton duo Blood Red Shoes.  As well as releasing their acclaimed third LP “In Time To Voices”, they had the opportunity to play the main stage at Reading/Leeds and also a UK/European tour with The Gaslight Anthem to boot. But the majority of this year will see Laura Mary Carter and Steven Ansell take a sabbatical aside from a couple of appearances (one of which being their biggest headline show to date at Shepherd’s Bush Empire), and the release of a three track EP entitled “Water”, which they recorded whilst out in the States.

For those who enjoy their heavier output, there is plenty to indulge here. It’s as if the band had listened to nothing but Kyuss and Black Keys on repeat, hence the stonery blues jams courtesy of Miss Carter. “Red River” is the more upbeat number represented here, whereas “Black Distractions” is the sound of the duo giving Josh Homme and co. a run for their money. The closing song “Idle Hands” almost feels as if it would have been better off as a bonus track on the last record, but on the whole, it still manages to captivate what is genuinely great about the band, with melodies and hooks all intact.

Overall, this is a short but sweet companion piece to “In Time To Voices”, and had these tracks been included on that record, it would certainly have made for an even more substantial album. For now, Blood Red Shoes will be deservedly taking their extended hiatus after nigh on a year’s touring, and a follow- up really cannot come quick enough.