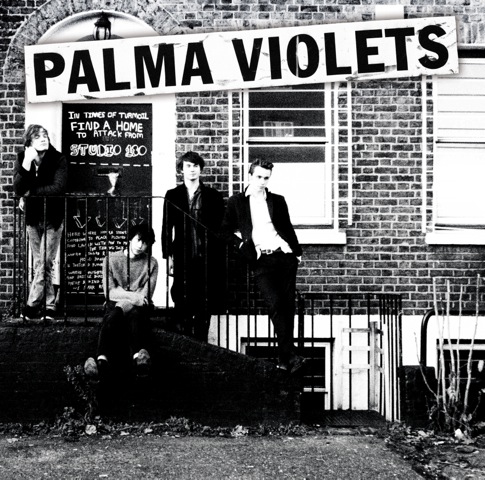 A few years ago it was The Vaccines. Last year it was supposedly Tribes. But in 2013 it’s Palma Violets who are being hailed as “Britain’s best new band” and the blizzard of press hype is maybe what has rushed them in to releasing a debut album at such an early point in their career. They only formed in 2011, and given more time perhaps they could have developed further and produced a more vital record, but various songs suggest that they’re not going to be “the saviours of indie rock” just yet.

However, there are some undeniable stand out moments, the full throated howl and melodic headrush of ‘Best Friend’ being a key one. ‘Step Up For The Cool Cats’ builds with slow-burning momentum, the lightly psychedelic two note organ adding an interesting texture to the heavy guitar reverb and youthful optimism of their sound. The infectious ‘All The Garden Birds’ is less raucous, but exciting nonetheless, bringing forward their most ear-catching tune so far. ‘Tom The Drum’ is a fun and rather exciting romp, while ‘Three Stars’ puts a strong emotional melody to a sparse, more introspective backdrop. 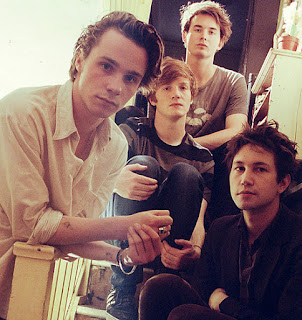 The brief and carefree ‘Rattlesnake Highway’ highlights their garage rock influences, but sounds more like The Hives covering The Vaccines, and like the Libertines-esque ‘Chicken Dippers’, it’s promising in places but let down by a lack of fully formed ideas. ‘Last Of The Summer Wine’ is a fairly unremarkable B side that doesn’t deserve inclusion on the album, and fails at trying to pull off the same trick ‘All The Garden Birds’ succeeds at. The likes of ‘Johnny Bagga Donuts’, ‘We Found Love’ and closer ’14’ are average songs that don’t live up to the promise, while hidden track ‘My New Song’ is a private joke they should have kept to themselves.

Overall it doesn’t sound entirely convincing as an album, since it’s just every song they’ve written so far thrown on to disc. There’s a lot of potential and four or five exciting moments, but in places it’s lacking in terms of substantial weight. But do remember that this is only their debut, and there are signs that this lot could develop and step up to a different level. But someone should have told them to maybe wait a while before putting an album out.