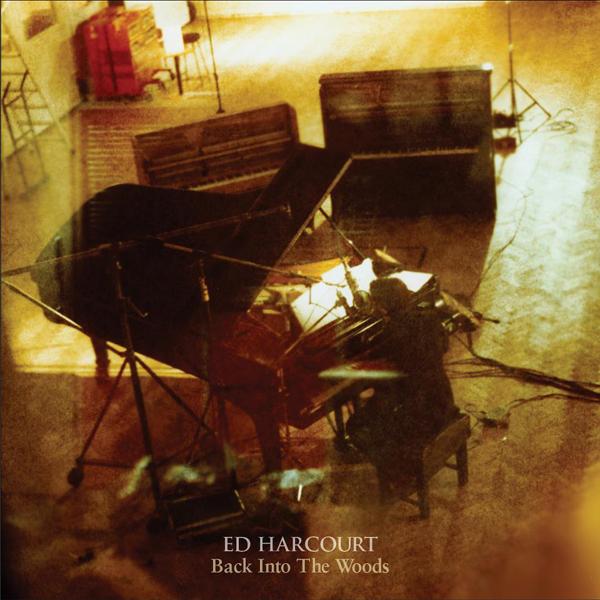 ‘Not even all the tea in China can pull me out of here’ – The Man That Time Forgot.

I first spotted a lank-haired, pin-stripe-suited gentleman in a photo in one of the more ‘mature’ rock magazines, Q maybe, Mojo, or Select, in the very early years of this century, apparently singing to an auditorium; here were the songwriting skills of ex-Snug bassist, turned solo-singer-songwriter, Sussex-born and North London-resident Ed Harcourt. The article seduced, smothered; as much as the nation was by Travis, Verve, C*ldpl*y etc at the time – and his Mercury Award-nominated debut Here Be Monsters indeed turned out to be a bold, charming statement of intent.

In the depths of another sublime Istanbul autumn-winter, 2010, Mr Harcourt lands at Atatürk airport and is escorted graciously into the heart of the Tünel area of town, his home for a couple of days while he plays his show at the city’s prestigious Babylon club – and where I am greeted with a hearty ‘Oi, Sean!’ That’s Ed then, and a couple of days of pure charm (and copious amounts of red wine) follow.

Ed, a friend and I escort the songwriter to the historic Sultanahmet district, and explore the once Christian, once Ottoman-Muslim and (for the time being) secular museum Aya Sofia, eternally appearing like a giant red-orange crab as the main focus of the city’s skyline. Harcourt’s enthusiasm and joie-de-vivre is palpable, as obedient tourists gasp at this strange bearded, be-suited Englishman’s (replete with pocket-watch) astonishment at the building’s enormous, low-hanging chandeliers and winding stone staircases.

An evening later, I meet Ed at his salubrious hotel in Tünel, and escort him to soundcheck at Babylon, where my friend and I watch rather amazed as he assembles his cohort of piano, guitars, percussion and electronic triggers to a place of absolute autonomy – a man in control of his stage, knowing every twist, turn and potentiality. Later that night, when Ed invites me onstage to accompany him on acoustic guitar and backing vocals to his classic ‘Shadowboxing’ (from album The Beautiful Lie), my heart couldn’t have been thumping harder. The devotion the crowd were already directing towards him carried my nerves through though, Ed grinning a little through my couple of fluffed chords.

A long way from Here Be Monsters, it’s successful follow-up From Every Sphere or the sublime, comparatively bleak Strangers, Ed Harcourt’s Istanbul show followed his reflective, peaceful, rather familial Lustre set. 2013 at last sees the long-anticipated next step, Back Into The Woods, recorded over one night at Abbey Road studios in London. The album is short, honest, and pure; one lyrical, imaginative Englishman doing what he can with what he has, in the time he has to do it in: an impassioned voice, evocative lyrics, lyrical piano/guitar, and George Martin‘s studio. The whole thing smells of seasoned wood, in the best way you can imagine.

The lyrics are as anecdotal as ever, and character observations as sympathetic. ‘Murmur In My Heart’ seems to refer to an element of regret – quite unexpected, but the album plays out this way – ‘The Man That Time Forgot’ accepts passing time and the inevitability of circumstance, and the title track is sublime piano twinkle, Harcourt seeming to tire of London, the game, everything; confronting an ever-present need to strip down bare and run as far as he can.

Ed Harcourt is an honest writer, par-excellence: he makes no apologies about how he is, where he came from or how he is living. The album is the sound of reflection and regret – but it’s rather the regret of a failed system than of a failed life – and it has an enormous humanistic hope between the words and the chords. Back To The Woods is an eloquent statement of where greed can lead us; and even if you can’t escape, at least there is an indication of what you may be able to do to remedy things, even if just for now.

1 thought on “Ed Harcourt – Back Into The Woods (CCCLX)”