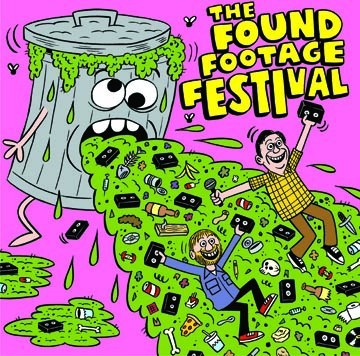 This week I had the pleasure of attending the Found Footage Festival, running downstairs in the Soho Theatre for 4 nights.

” Two rules govern Found Footage Festival: 1) Footage must be found on physical format. No YouTube! 2) It has to be unintentionally funny. Whatever it’s trying to do, it has to fail miserably at that. And no YouTube!”

Joe Pickett and Nick Prueher are the doting and tireless masterminds behind The Found Footage Festival, a unique show that showcases footage from videos that were found at garage sales and thrift stores and in warehouses and dumpsters across the country (and this country thanks to the superb Leeds sourced VHS ‘Famous Tits & Arses’ the hosts proudly displayed). The show itself works very well, Tom and Nick gently lead the show admirably, their restrained and amiable Mystery Science Theatre-like commentary is never unwelcome or overtly snarky. The influence, homage and straight up ripping of these clips that we see in intentional comedy like Tim & Eric is apparent, its really refreshing to see the originals in all their earnest glory, managing to at times be pretty adorable and often damn eerie. The amusingly edited (but never over-tinkered) clips cram in hunk worship, instructional ferret-care, some of the most surreal keep-fit you’ve never even imagined, histrionic shopping networks hosts, creaky  infomercials, health and safety horrors that flit between the quite effective and the baffling and joyous levels of video tech wizardry, varying in tone but all warranting hearty laughs. My personal favourite is simply one middle aged man’s super focussed enthusiasm for weaponry, I can honestly say I have never witnessed someone going at a water cooler with a sword and I now question why I have never previously demanded to.

Our hosts give the audiences’ eyes a rest between the garish footage with funny tales of their footage sourcing and a friendly ease that pitches the event’s pace and length perfectly. Overall a nostalgic and hilarious praise of what is unique to the eighties and nineties. Through well worn VHS and questionable hair the show happily avoids being mean spirited, instead we share a charming nod at a time when everything wasn’t drowned in irony. This is pure affection for a period that was so wonderfully summed up by a simple homespun film format. Even the occasional technical faults on the night were fitting, truly suiting the VCR viewing experience with all its practical frustrations. At times, especially to the right Blu-ray ignoring nerd or trash aficionado (Guilty!), one gets a wholly warm feeling from the clips, presentation and the hosts’ personal efforts to bring these foraged gems to our shores.

In short the Found Footage Festival is AUTOMATICALLY OUTSTANDING! 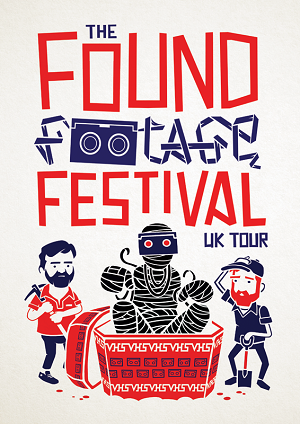 0 thoughts on “Adjust your tracking for The Found Footage Festival.”