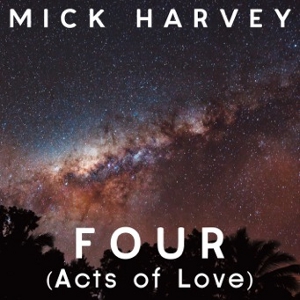 Lacking a theme or context, the ‘polygenesis perusal’ review casts its omnivorous net wide and far in a random fashion; reeling in an unconnected catch of jazz, Afro Beat, psychedelic, dream pop, krautrock and electronica releases.

From the most whey and delicate to heathen death rattling, my perspicacious valuations will breach the boundaries and ‘pigeon holes’ in a quest to summarily guide you through the vast aural expanses. 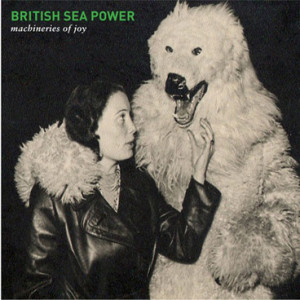 The Cumbrian landscape’s favorite sons British Sea Power once again embark on a literally ripe peregrinate excursion through the tedious inept and moral vacuum of modern life.  Not so much a smug condemnation or snide shot across the great unwashed and uneducated bows, the erudite, fey, Brighton residences stick to the formula that has so far served them well critically (though not yet commercially).

Let’s be honest. As an early convert to The Decline Of British Sea Power – the WWI and vanishing Empire references piquing my interest before I’d even heard a note – I pontificated loudly that they were the saviours of this septic Isle’s guitar led scene. Unfortunately (as the title would prove) they’ve failed to reach the soaring heights and perfect anthem balance since, though they’ve never produced anything less than magnificent.

Even a disappointing British Sea Power LP is a highlight, so desperate and hollow is the contemporary music scene. Saying that, I will probably change my mind in six months time and award these the full five stars, as the pedigree and charm takes its time to unfurl. 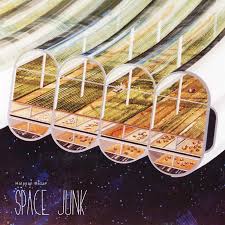 Neither lying their heads on the same ‘surrealistic pillow’ as Jefferson Airplane or freely untethered to the outer reaches of the Red Crayola, though no less steeped in a foggy daze, Halasan Bazar indolently reach for the same sepia toned jar of neo-psychedelia.

More acid, washed folk than psych, the Copenhagen-based group of halcyon drenched tremolo and echo lament, try their luck with a melodic mix of Gene Clark, Greenwich Village troubadours, The Black Lips and The Besnard Lakes – with its obscure allusions to a war of the mopey, love sick and desperate kind and mysterious shoegaze aura, Wondering Why could be a lost session from the Montreal’s …Are The Roaring Night.

Led by the lilting Rocky Erickson-esque timbre of Fredrik Eckhoff, the apparitional wooing Danes, marooned in a quasi Haight-Ashbury, sing of resigned tropes whilst yearn-fully stare out into the night sky and beyond. Looking back, but not exactly in the hope of progress, their sound and rather optimistically ‘naïve dreams of a better future’ album artwork, belong to another age completely. Despite the slacker dreaminess, Space Junk is an alacrity jaunt through a magical kaleidoscope. 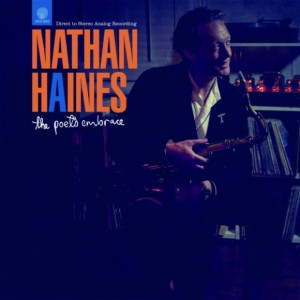 Taking the profligacy lifestyle of his jazz heroes literally, New Zealand saxophonist Nathan Haines has gone beyond the call of duty enacting their more fatal heroin habits. Thankfully waking up on the right side of the operating table after a couple of overdoses, our adroit Antipodean probably decided he’d gone far enough.

Leading the life of a respected and highly skiiled jobbing session player but slumming it in a junkie somnambulant state, living with his drug dealer in the actual shitty flat used for Withnail And I, Haines spent the 90s fucked and addled in London, before returning home to recover in 2000.

Lending both attentive slender blues and squalling fanfare to a myriad of recordings by Marlena Shaw, Damon Albarn, Jamiroquai (we won’t hold that against him), 4Hero, Goldie and maniacal jazz-fusion drummer, Billy Cobham.

In tamer times Haines drops the soul, r’n’b and drum’n’bass for the source material; recalling sophisticated modern jazz of the later 50s and early 60s.

The Poet’s Embrace warmly crackles with certain nostalgia, pining over gentler, if skipping American grooves. Performed uninterrupted onto the faithful analog, each placable, smooth, instrumental shuffles along at a cocktail lounge pace; the sort frequented by Blue Note patrons, surrounded by an ambience of Rothko and Ad Reinhardt abstractions – there, that should set the scene!

Wearily beaten by the afflatus ‘hammer’ from above, Mick Harvey waltzes through an attentive cycle of concatenate forlorn and romantic paean on his latest LP, FOUR (Acts Of Love).

Imbued with, a seriously, impressive CV (Antipodean’s principle hardliners of elegant morose, The Birthday Party, Nick Cave & The Bad Seeds, and PJ Harvey’s collaborative producer on her successful Let England Shake) Harvey follows up the 2011 Sketches From The Book Of The Dead with a loosely threaded ‘three act’ concept.

Whistling vignettes (Midnight On The Ramparts), Wim Wenders’ pining desert song (Fairy Dust and the cover of PJ Harvey’s Glorious), and throughout, eye towards a prevailing hallowed presence, the endearing luxuriated Harvey burr and lyrical delivery remark on loves awkward synchronicity and heartache.

Channeling the pensive balladry of The Walker Brothers and rich sound of Grant Lee Buffalo, he pays tributary to a diverse cast of influences: covering songs by, fellow Australians, The Saints (the Stephen Trask redolent The Story Of Love), Van Morrison (an esoteric organ pitched The Way Young Lovers Do), Exuma (meandering jazz version of Summertime In New York) and the ‘other’ synonymous man in black, Roy Orbison (wistfully sad take on his Wild Hearts).

Divided into sweeping ‘universal contemplation’ sonnets and brief stirring segue ways, the album’s perfect running order is set out like a wanton play on vulnerability from an antagonist, worn down but not yet taken over by cynicism. 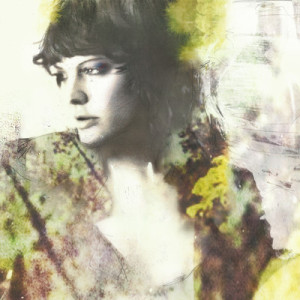 Here Is Your Temple ‘So High’ (Bolero Records)

On their latest video for the ‘morodering’, balalaika tinged ethereal So High, the group’s aloof siren, Emily McWillam, roams a kind of ‘The lion, The Witch And The Wardrobe’ fantastical snowy landscape, Alsatian in tow as she wafts at a distance from her faux-Cossack lover; perfectly encapsulating their romantic electric shoegaze sound.

Traversing the beatific allure of Beach House and hinting at a certain fondness for Fleetwood Mac, they compose vague-idealistic protestations and laments in cinemascope.

Switching between glitter folk, on the “I’m a pacifist but not a traitor” sentiment of sloganism Say Hey, and epic moody stringed requiem turn motoring heart-stopper duet, Daniel (imagine ELO era Jeff Lynne producing a collaboration between The Raveonettes and The Cars). 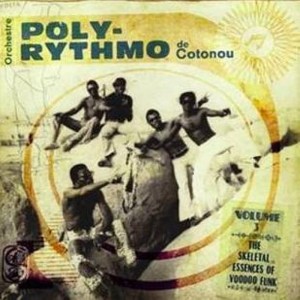 Other than its atavistic lost kingdoms and multi-boarded West African location, the unassuming Benin is remarkable for its cheerful readiness to absorb and weave countless forms of music together to create something intrinsically rich and hotfooted in the groove department.

Bringing the continents forgotten saunters and rhythmic blasts to a wider audience, Samy Ben Redjeb, under the guise of his assiduous imprint Analog Africa, has already unleashed the phenomenal Legends Of Benin showcase alongside three (including this latest collection) volumes of the country’s most celebrated rhythm specialists, Orchestre Poly-Rythmo De Cotonou.

With a legacy that stretches back to 1969, and with over 500 songs to sift through, there’s more than enough quality jams and stifling heated performances to pick from, covering all styles: from the obscure Vodoun, Jerk Fon and Cavacha Fon to synonymous Afro Beat, and even Bossa Afro.

In some respects a timely tribute to the ‘all powerful’ group’s founder Melome ‘The Boss’ Clement, who suffered a fatal heart attack in December of 2012, The Skeletal Essences Of Afro Funk features 14-tracks, never before heard outside their native land.

Already featured in my very own ‘Tickling My Fancy Revue #3’ (https://www.godisinthetvzine.co.uk/2013/03/25/the-tickling-my-fancy-music-revue-3/) the ‘pop fon’, cowbell-tapping growler A OO Ida is certainly a pleasant eye-opener and must have been served up to the Can boys at some point: a dead ringer for the early Damo Suzuki recordings. 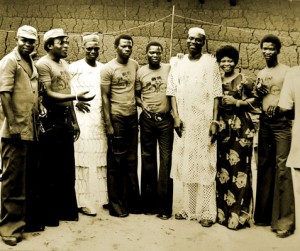 0 thoughts on “The Polygenesis Perusal #1”