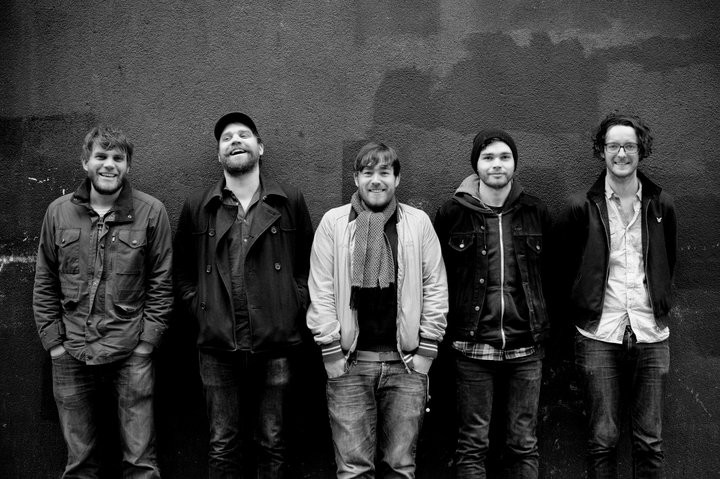 Selkirk quintet Frightened Rabbit have announced details of their new EP ‘Late March, Death March’, set to release on June 4. The EP, which features the track of the same name, follows the band’s critically-acclaimed 4th studio album Pedestrian Verse, which released earlier this year. Furthermore, the band will be supporting The National on their upcoming US tour throughout September and will head back to the UK shores for a show at London’s Brixton Academy on November 8.

Speaking about the new release, singer Scott Hutchinson says – “This song takes a fairly commonplace, mundane event (an argument on the way home from a night of drinking) and adds a fair bit of melodrama, mimicking the gasoline effect of pouring drink on an argument, I suppose. I’ve always loved elevating ‘the everyday’ into something larger and louder than it actually is. These small things can seem so serious and earth shattering at the time, then you wake up and you can see how daft you both were.”

Frightened Rabbit will be back in the UK this summer, playing an array of festivals including Glastonbury, T in the Park, Radio 1’s Big Weekend, Reading & Leeds and more. The band recently teamed up with Manchester Orchestra to release their collaboration ‘Architect’ for Record Store Day.

5. The Oil Slick (live at Barrowlands)

US TOUR DATES WITH THE NATIONAL