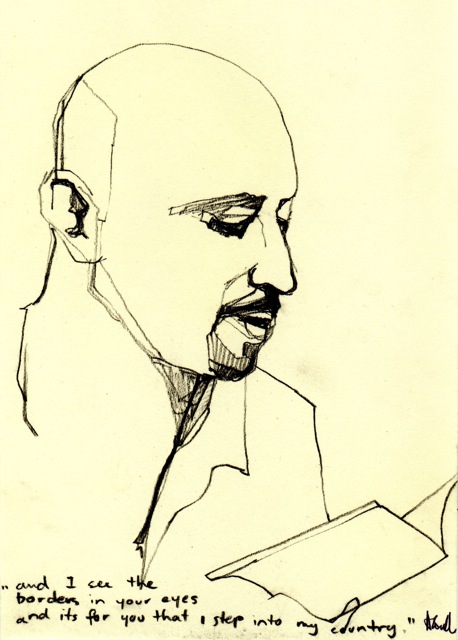 Celtic mythology and poetry seem to be two things essentially made for each other. Perhaps it’s in the sense of mystery, or the shamanistic method of delivery, but something about them definitely makes sense. Based on his book Recital – An Almanack, John Siddique’s 13 Moon series takes the form of a unique set of animations that can be found on YouTube.

Artists from the California State University individually animate each of the thirteen videos, attempting to portray the heart of each poem as clearly as possible. With each poem being released on the night of a full moon from 2010 to 2012, each of the thirteen videos goes by Celtic mythology in that each moon is named after a letter in the ancient tree language: Birch, Rowen, Ash, Alder, Willow, Oak, Hawthorn, Holly, Hazel, Vine, Ivy, & Yew. You’d be forgiven for assuming several (*cough* Rowen/Rohan) were actually cities to be found in the large, intricate maps at the start of each Lord Of The Rings Book (because, of course, you read it before you saw it…right?). The thirteen poems found in the series, each about a minute and thirty seconds in duration, encapsulate a wide variety of themes and thoughts from a personal level that are intriguing and instantly likeable.

Whilst I could list all of them individually, for the sakes of brevity (and the time remaining on your lunch break), I won’t. Instead, five will be short-listed as the most thought provoking, and most delicate of the above. And so we begin.
—
1 Birch Moon (Animation by: Travis Sheflin):

A New Year, a new set of things you’ll never do. That’s the essential theme here, displayed wonderfully in the transmorphic animation of pen on paper that moves seamlessly from children’s toy, to baseball bat, to wedding ring, to computer screen, and onwards. The message and animation are simple, by which I mean clear and intelligible, making this a poem that’ll resonate with anyone who spends their days looking at calendars and computer screens. Time is precious and easily wasted; perhaps take heed from Benjamin Disraeli, who said it best when he said “But what minutes! Count them by sensation, and not by calendars, and each moment is a day”.

Cosmology, Chinese traditionalism, and salsa: each of these adds their worth as Ash Moon. This is a break-up, or perhaps break-free, poem. This one line captures the essence of the entire poem: “I cut the cards in to four, light them in a candles flame…. Not burning your name, but releasing the lies that we’ve imposed order on”.

As is the problem with living on England’s shores, it can difficult to judge the weather ahead of time. Willow Moon is a chilly poem, accented regularly by the line “We should’ve brought our coats” to drive home the poem’s autumnal context.
The subtle tension of flickering flutes accompanying the slow-motion movement of a wedding ring being plucked from a man’s hand as he sits beneath a willow, lover asleep on his shoulder, wrenches at the heart of the poem. This is one for the romantic heard, melancholy as it might be.

Another one for the Brits amongst you, Hawthorne Moon begins with the various moans about the encroaching summer: “Summer is finally here”, we say; or “Isn’t it cold? Summer’s a month behind!”’. The cyclical nature of life is the focus here, and again time is the cause behind it all. A thousand “Isn’t it time we”’s clash against the unstoppable movement of time itself, leaving you feeling that perhaps it’s best to stop making excuses and live.

The most heartfelt of the thirteen poems in the series, Yew Moon is the solemn end. But depressing this is not. The crux of the poem is as clear as rain, and equally as melancholy: “We are Russian dolls to ourselves, sloughing off our larger versions; becoming more contained and capable of containing less”. For all we live, the less we are.
The animation depicts an animated character’s darting movement between falling Russian dolls, which gradually decrease in size but become no less dangerous. John’s words encapsulate a peculiar beauty in life, logic, and knowledge that questions what self is in the world of theories, religion, and science. It is the richest of the thirteen, and left on the sharpest cliffhanger. It’s also the most ambiguous, intriguingly perplexing and intricately worded: this is one you’ll have to figure out for yourself.
—
A selection of John Siddique’s 13 Moons series will be screened at Uncanny Valley festival in the last week in June 2013. They can be found at Hebden Picture House and Town Hall.