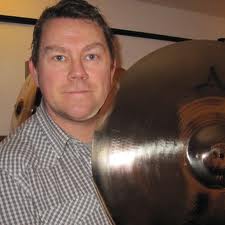 “Best bit of the comeback gig was seeing Russell in some voluminous shorts coupled with socks and sandals. A classic combo.”

Following our recent interview with Pulp’s Russell Senior, we tracked down their long-serving drummer, Nick Banks at his family pottery business (above which Pulp used to rehearse) and asked him a few questions. Ok, so we actually emailed him, which explains the short replies – we wouldn’t want you to think he was being brusque with us!

Q: Following the success of the re-recorded ‘We Love Life’ outtake After You, might you be tempted into rerecording and releasing other old outtakes such as the thumping Got to Have Love, the beautiful Cuckoo, or the excellent My Mistake (aka ‘Chordy’)?
A: No plans. Doing After You was a bit of a surprise….

Q: What are your abiding memories of the first rehearsals with Pulp in 2010? Did the rehearsals go as you had imagined they would?
A: Started a bit tentative but soon got into the swing of things.

Q: Before Pulp’s original dissolution you’d been acting much as a six piece – with both Mark and Richard Hawley on guitars – what was it like suddenly having Russell back with you again for 2010 and 2011?
A: He’s a bit of an oddball all round. Again, a bit of a surprise….its a theme….

Q: Were there ever any doubts that you could successfully pull off the reunion?
A: Not really.

Q: What was the first reformation gig – La Bikini – like for you?
A: Best bit was seeing Russell in some voluminous shorts coupled with socks and sandals. A classic combo.

Q: I believe from earlier interviews that you’re a fan of ‘Separations’. It seems that Love is Blind, My Legendary Girlfriend and Countdown were all rehearsed for the reformation gigs, but only the last of these was played. Was there any reason for shying away from that era?
A: Other stuff was sounding better. My Legendary Girlfriend nearly got played.

Q: The reunion has been heavily praised by many commentators for both its dignity and the levels of mystery that have been veiled around it. Was it a conscious decision to set about doing this without interviews or press releases and mainly announcing things on twitter, or was it just something that sort of happened?
A: There was not much to say really, JC not bothered about interviews so much.

Q: What were the highlights of the reunion for you?
A: Andean trek [in which Pulp toured South America]

Q: Do you think that Jarvis’ solo songs could have been Pulp songs if the band still had been together around that time?
A: Possibly but they would have been different due to others input.

Q: What was it like when the Pollinates supported Jarvis at the Plug a few years back? Was it odd watching him from the audience as opposed to from behind the drumkit?
A: It was alright. Good to see JC in action for a change

Q: What was it that made you want to join Pulp in the first place and how long had you imagined your time in the band would last?
A: They were my favourite band so it was easy.

Q: History records that you were responsible for the ‘Babies’ music. Are there many other Pulp songs that you’d like to lay claim to?
A: I had a big hand in The Night Minnie Timperely Died, but we all put our bit in to all songs.

Q: Do you tend to see the influence of Pulp in the current music scene, and what do you think the band did for the Sheffield scene?
A: Gives everyone confidence

Q: Apparently you like singing hymns in Church – would you have liked to have sung on any Pulp tracks?
A: I would not be allowed. (I’m not a churchgoer though – committed atheist)

Q: Which producer do you think made the most of the Pulp sound (so far!)?
A: Al Smyth

Q: Does it ever surprise you how varied Pulp’s fan base is e.g the fact that people who weren’t born when even Common People was released are so passionate about the music?
A: Nowt surprises me anymore pulpwise.

Q: And are we to assume that there’s either no news on any future Pulp stuff, or if there is then you’re not able to say…?
A: No Plans for 2013