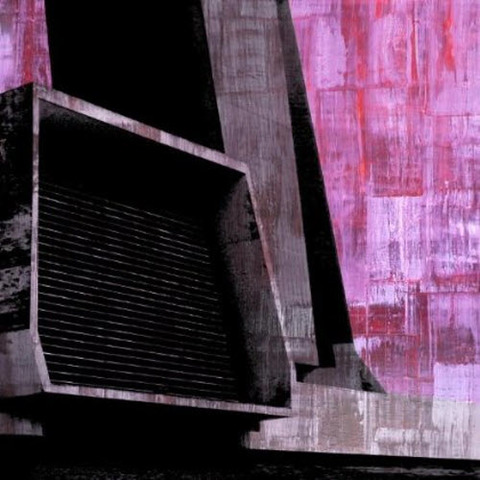 This music provides the theme for an imaginary movie. That the film could be from any number of genres says much about the music’s versatility and timeless quality. ‘Cathedral’ provides the soundtrack to a fast-paced, powerful gangster motion picture set in some brutal urban landscape in the early ‘70s, the tension and drama of the action captured in the chilling authority of the sound. The title track is realised as the score to an existential road movie; a transcendental odyssey along some endless highway. The more gentle ‘First Signs Of The Plague’ is a reflective accompaniment to any mythological fantasy, while ‘Psychic Warfare’ breathes the cold air of suspicion and fear onto the moving images of a psychological thriller. And the taut, shape-shifting claustrophobia of ‘Lune Deep’ mutates into the expansive death star of practically every science fiction film that has ever been made.

The music itself is drawn from a similarly diverse sphere of influence. By joining the dots from Taste to Tangerine Dream, from La Düsseldorf to drone and then from prog-rock to post-rock, you will obtain only a partial profile of the sound of Poltergeist. To complete the picture, particularly without the more recognizable signposts of words or voice, you will have to imagine a journey into oblivion where randomness and repetition are your only guides.

The three men responsible for creating and performing the music of Poltergeist are Will Sergeant, Les Pattinson and Nick Kilroe. They are tied together by a past and present association with Echo & The Bunnymen and a fervent desire to liberate themselves from that potential constraint.  With their debut album Your Mind is a Box (Let Us Fill It With Wonder) they have singularly achieved that objective by producing what can surely be a cosmic soundtrack for a future generation.