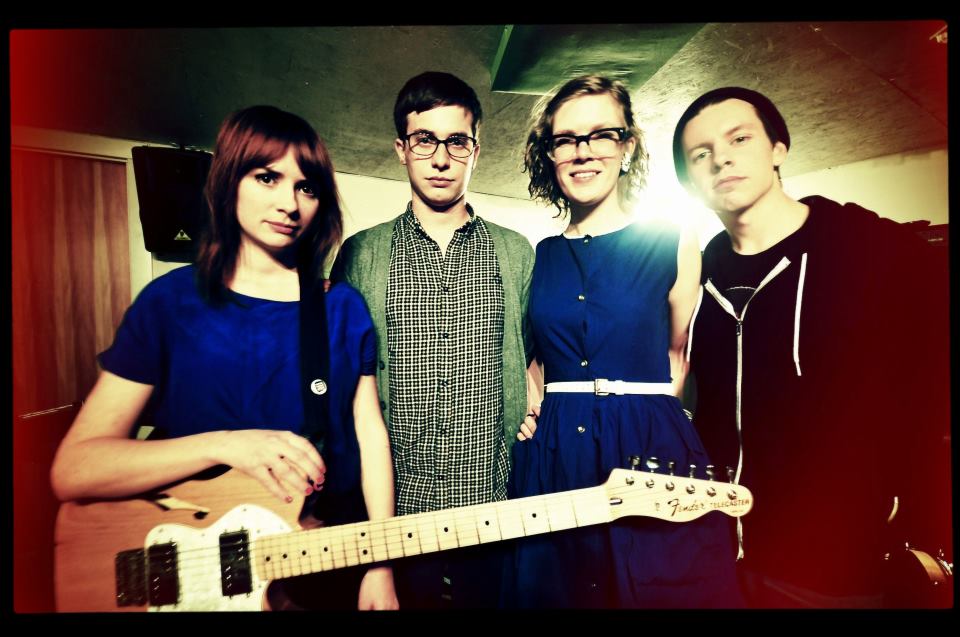 Norwegian quartet Making Marks‘ new single, ‘Barcodes’, is out on the 5th of August. We’ve been gifted the video première of ‘Barcodes’  It was filmed on their recent USA/Canada tour with Tigercats and The Smittens, culminating in a show at NYC Popfest. Watch it below and swoon at their wonderfully sweetly lapping reverb heavy summer pop sound that’s been likened to Belle and Sebastian.

Making Marks recently toured Europe with Allo Darlin’, and are on the road again in the UK alongside The Ballet from New York after appearing at Secret Garden Party and Indietracks at the end of the month, full dates below.

The ‘Barcodes’ 7” features a non-album mix of ‘Barcodes’, with an appearance by Allo Darlin’s Paul Rains on lap-steel guitar – who also leant his skilled hand to the artwork for the ‘Barcodes’ single. The ﬂip side is a near-acoustic version of ‘A Thousand Half-Truths’, allowing Ola and Nina’s delicate vocal interchanges to ﬂourish.

Norwegian disco producer Erik Skantze has provided a remix, infusing plenty of Italo (Scando-?) disco inﬂuences into ‘Barcodes’. It is available as a bonus track with the download accompanying the 7”.