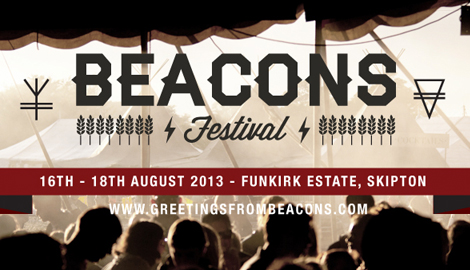 With now only four days to go before the Funkirk Estate once more opens its gates for the annual Beacons Festival, anticipation could not be higher for what surely promises to be an even bigger and better event this time round. Located in the picturesque North Yorkshire Dales just outside of the market town of Skipton, this year’s crowd capacity has expanded by 50% to 7,500 and all bar a few of these tickets have now been sold.

In addition to an increase in the numbers of those who will be in attendance, and having responded to feedback from last year’s 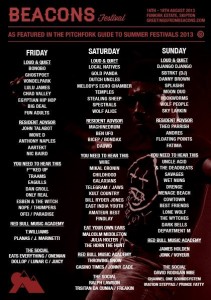 event, the organisers have worked extremely hard to develop and improve the range of entertainment that will be on offer. To the incredibly solid base that has been achieved when successfully scheduling the perfect combination of local and national leftfield, indie and emerging grassroots musical talent, there has now been added a greatly improved arts and culture programme as well as an enhanced range of activities for families and children.

A truly imaginative spectrum of arts and cultural events are planned over the weekend, from Pom Pom Lantern and String Music workshops by way of all manner of site art installations and visuals to theatre, talks and films, of which a screening of Shane Meadows’ Made of Stone is but one of the many highlights. The full list of attractions can be found here:

The wonderfully named Diddy Rascals is the banner under which the children and family entertainment will fly. Expect all sorts of fantastic games, adventures and activities which will appeal to both children and adults alike. In addition to a Dedicated Family Tent, there will be an amazing play area, a retro sweet shop, plenty of arts and crafts, workshops and storytelling and so much more besides. A full round up of all the family entertainment at this year’s Beacons is detailed here:

But it is the music that remains the foundation upon which Beacons’ continuing success has been built. This year’s headliners are Bonobo, Local Natives and Django Django who will top the bill on the festival’s main Loud and Quiet Stage on Friday, Saturday 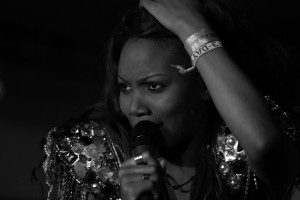 and Sunday nights respectively. And below them is a supporting cast to die for and which crosses the great musical divide from pop to psychedelia, the noisy to the nerdy and most all points in between.  Watch out for that perfect nu-soul diva and a star who is surely about to be born, Lulu James (pictured here at this year’s Live at Leeds); Dutch Uncles and psychedelic vault raiders Temples, both fresh from their recent successes at the Stockton Weekender; the veritable assault on the senses and back-to-back Sunday afternoon delights that will be local heroes Hookworms (pictured below at this year’s YO1 Festival) and Moon Duo; and those perennially 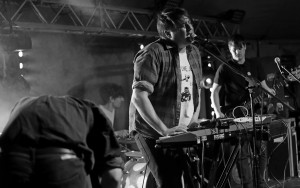 evolving purveyors of conceptual art and creators of one of rock’s more hidden treasures in 154, Wire. The full musical line up is located here:

The campsites on Heslaker Farm will open at 2pm on Thursday 15th August, with the main arena welcoming visitors some four hours later. It is then pretty much wall-to-wall entertainment until the music and attractions finally close at midnight on Sunday 18th August. If you want to grab one of the last few remaining tickets, you can do so here: