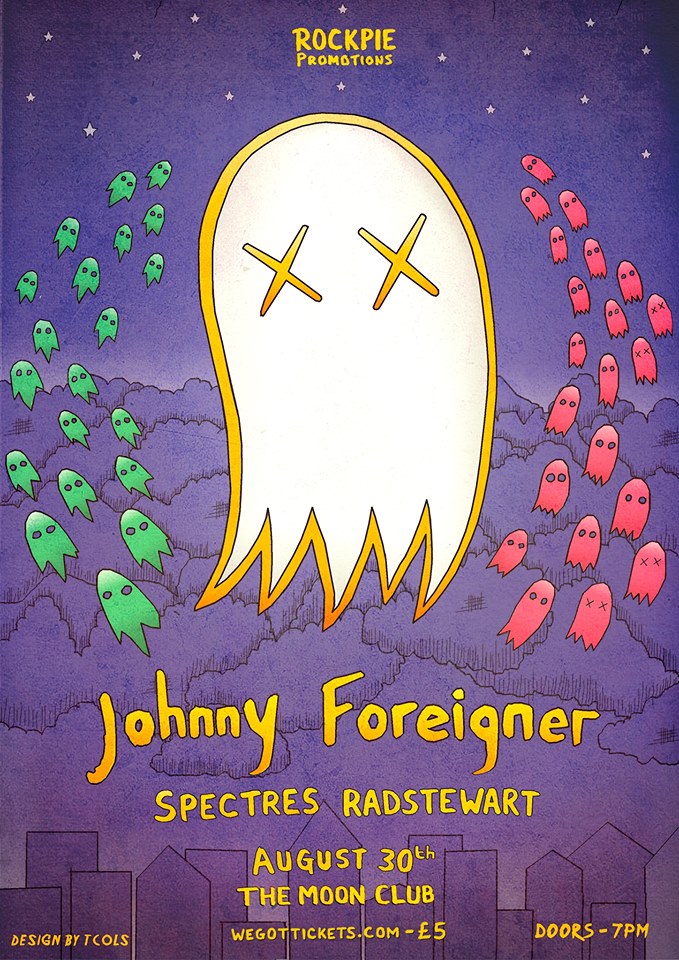 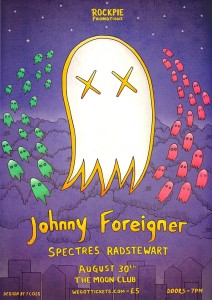 We’ve teamed up with ace Cardiff promoters Rockpie to help them promote their upcoming raft of excellent local shows, and advise them on local acts to book! The first of these shows comes in the shape of:

This summer Johnny Foreigner is playing several fields, and making a second EP with Dom James following last Octobers ‘NAMES’. They are annoyingly insistent it has to be released as a giant map of an imaginary city. In June they embarked on a tour of Europe, before returning to festival season and a few one-off shows (including this one). They then plan on collapsing gradually backwards through time.

Spectres are loud. They are from Bristol, but have been getting around a bit. Recent support slots include Bo Ningen (pretty good), as well as being nominated as Best New Band in the annual artrocker magazine awards. They will be admirably rushing down from their slot at Arc Tan Gent to play this show on the same day, such is their commitment to making you happy.

Local lads Radstewart were just some Cardiff students who started a band. That’s before they released their EP ‘Whig Crooks & Beer Swindlers’. Since then they’ve kind of exploded a little bit. Not like a Big Bang kind of explosion, more like a firework that went off and made Jack at Alcopop! Records look up. That must’ve happened, because he signed them to his label last week and they will be releasing their 2nd EP of 2013 soon.

Tickets are available from www.wegottickets.com or www.seetickets.com – just search for Johnny Foreigner!