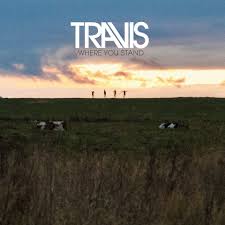 At the back end of the nineties, UK indie was on the wane, opening the doors to many second generation copycat bands. Some were actually not that bad, with Embrace standing out as one such. Well I remember going to a gig where they were supporting the mighty Longpigs and third on the bill was a band called Travis. Their debut album wasn’t actually that bad to be fair, but once they starting crooning about flowers in windows it was time to abandon ship. Well incredibly they are still going and about to release their seventh album, ‘Where You Stand’. It has no flower references as far as I can tell but it certainly doesn’t have any redeeming facets to it either – wholly unnecessary and Bummer Album of the Week.

2 thoughts on “Bummer Album of The Week: Travis – Where You Stand”