Out of all the British rock legends of our generation, the Manic Street Preachers are arguably the band who have stood the test of time most effectively. Through constant change and reinvention, with each record they have always come back as a slightly different group. All of their albums stand as particular snapshots of time that document the various points this band have arrived at during their long journey together, and now their 11th LP marks the dawn of another new era for the group. 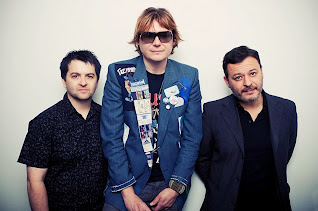 After becoming stadium-filling rock royalty in the second half of the 90’s, the following years delivered a couple of unfocused and sometimes seemingly confused records. Nearer the end of the Noughties, the band appeared to have reconnected with the anthemic power that made them rock idols, but some fans who preferred the less shiny, rawer “other” version of the Manics were left wanting. Those people were given a real treat when 2009’s ‘Journal For Plague Lovers’ set the final lyrical works of much-missed former member Richey Edwards to a bleaker, more intense sound more reminiscent of their 1994 masterpiece ‘The Holy Bible’. True to their habit of reacting against their previous records, they released the unashamedly lavish ‘Postcards From A Young Man’ a year later, an intentionally grand mainstream rock record that Nicky Wire described as their “one last shot at mass communication”. But realising that genuine rock had gradually deserted the singles chart entirely, it seemed like a good time for James, Nicky and Sean to draw a line under another chapter of their career with the ‘National Treasures’ singles collection and live shows intended to “mark the passing of the rock hit”.

After announcing a “hiatus” it seemed that we wouldn’t be seeing them again for a long time. “We squeezed every last bit of anthemic energy and belief in the idea of being in a rock’n’roll band and there was nothing left,” said Nicky. After surviving through so much for so long, maybe they’d already given all they could possibly give and wouldn’t be able to find new ways of being brilliant. How would they be able to reinvent themselves again after recording no less than ten studio albums? Luckily at some point over the last three years, an unplanned jolt of inspiration seems to have breathed new life into the Manics. ‘Rewind The Film’ is an album that proves magic can occur when a band follows its instincts rather than pushing hard for calculated results. It seems a lot less concerned about commercial success previous outings. Mainstream fame? They’ve been there, done that. Now their reward is the freedom to stay true to themselves and concentrate on their own ambitions, surely more rewarding than any of those platinum discs.

From the beginning it immediately feels like a more relaxed affair, the wonderfully understated opener ‘This Sullen Welsh Heart’ a complete contrast to the previous album’s stadium theatrics, bombast being left behind in favour of gentle sincerity and humble charm. There’s a sense of defeated resignation, yet it isn’t long before that determined spirit appears. The Welsh legends are known for finding strength through embracing new challenges, “The act of creation saves us from despair” a line that provides not only a fantastic summary of this album, but the band’s entire career. With its playful melody, joyous chorus and brightly rousing brass, the magnificent single ‘Show Me The Wonder’ looks at the polarised concepts of religion and science in a refreshingly positive way, an addictive moment that shares musical DNA with the Chris Farlowe classic ‘Out Of Time’, itself covered masterfully by the Manics about a decade ago.

Another noticeable thing is the increased amount of space in between words, as opposed to the crammed verses of ‘The Holy Bible’. 18 years after Richey’s disappearance, Nicky has gradually reconfigured the band’s lyrical identity into something more direct, not wishing to imitate his former songwriting partner’s unique style. But where certain lines on ‘Send Away The Tigers’ and ‘Postcards From A Young Man’ came across as slighty awkward, Wire’s work on ‘Rewind The Film’ seems deeper, more personal and a great deal more inspired. Impeccably produced and at times lusciously arranged, it’s certainly not afraid to be “depressing” either. Brilliantly representing the sadness at the heart of the album, a tearful nostalgia for lost youth comes to the fore with the sweeping melancholia of the title track, a moment made even more graceful by the presence of guest vocalist Richard Hawley. A sincere and sombre epic, it’s a fine reminder of the group’s elegaic power, the languid elegance of Hawley’s rich tones countered wonderfully by JDB’s urgent poignancy.

The ghostly ‘Builder Of Routines’ is the moment where new elements and intriguing instrumentation start to emerge, while lyrically it expresses the desire to break free from the shackles of expectation, just as this record often does musically. “I hate the middle age in between acceptance and rage” sings James, again summing up the band’s current situation and state of mind. The peaceful sigh of ‘4 Lonely Roads’ signals another first, a Manics song being sung entirely by a singer from outside the band, in this case Cate Le Bon providing a truly captivating vocal on a sad, enchanting number that seems instantly familiar before too long. Venturing beyond the valleys and into the wide world is the euphoric haze of ‘(I Miss) The Tokyo Skyline’, where the busy patter of subtle electronics is complimented nicely with the surprise entrance of a calming violin. Painting a perfect picture of the sun setting over a bustling cityscape, it’s not too far away from the fascinating music of acclaimed Japanese genius Cornelius. 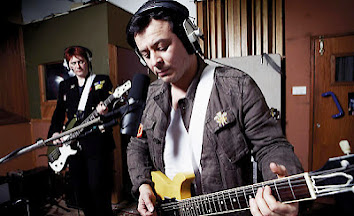 On previous LPs, a song like ‘Anthem For A Lost Cause’ may have been in slight danger of being built up into an overblown orchestral epic, instead this deeply touching lament tenderly projects this soulful side they seem to have arrived at, benefiting from a low-key touch of brass and light, majestic strings. It’s almost like a sombre, resigned 50’s rock n roll ballad, the sort of thing that would sound great on the soundtrack to a ‘Grease’ sequel where the youth have grown old and the music they love has long since died. Appropriate in fact, since this song deals with the decline of the popular song and the decay of everything that “was once a glittering prize”. Nicky clearly has his mind set on his advancing years and the slow erosion of the things he loves. Staring towards the eventual dying of the light, they find themselves coming to terms with growing old in a confused world where their ideals and principals seem like alien concepts to others.

‘As Holy As The Soil’ is another welcome surprise, a conspicuously hymn-like and hugely uplifting singalong that sees Nicky and James sharing vocal duties, with piano featuring prominently and the rousing brass towards the end summoning echoes of The Beatles‘ ‘Abbey Road’. ‘Four Ways To See Despair’ initially seems slightly out of place, setting a far more ominous tone with its gathering gloom. It’s like a ghost of the heavy, tortured moods that characterised ‘The Holy Bible’ passing through 1998’s ‘This Is My Truth Tell Me Yours’, before re-emerging in the slowly decaying present.

Running Out Of Fantasy’ highlights that sense of facing up to old age, the record’s most fragile and openly vulnerable moment, touched with gorgeous chord sequences and a gentle, almost Nick Drake-like arrangement. We also get a stunning vocal from Bradfield, a man who still makes every song sound like he was born to sing it. The most unexpected treasure here comes in the form of the instrumental ‘Manorbier’, a beautiful, atmospheric oddity that explores an admirably imaginative new territory, again showing their intention to carry on moving forward and to continue evolving musically. Echoes of 2004’s ‘The Love Of Richard Nixon’ can be heard on the brilliantly provocative closer ’30 Year War’, raging against the Tory “old boy network” against a backdrop of funk bass and punchy drum machine beats. When Bradfield belts out the line about “the endless parade of old Etonian scum”, those who naively accuse the Manic Street Preachers of having nothing left to say can go and eat their words.

It will be a divisive record for sure. The people carrier-driving Absolute Radio brigade hankering for mammoth rock anthems will run a mile when they set ears on the likes of ‘Manorbier’. Don’t come here looking for another ‘Archives Of Pain’ either: ‘Anthem For A Lost Cause’ and ‘Show Me The Wonder’ are about as far away as you possibly get. Rather than attempting to recreate their past, the most important part their history has played in ‘Rewind The Film’ was bringing them to the point which they are now at. Those of us who have grown up with the music of the Manics should be glad that their music continues to grow with them. We should be also thankful that out of all the bands who have appeared over the last three decades, it’s this incredible group that have survived to tell the tale. Their battles have left them bruised and scarred, but its their experiences that have shaped them, installing a unique emotion into the heart of their music.

They remain as enduring as ever. [Rating:4]

Pre-order your copy of ‘Rewind The Film’ HERE
https://twitter.com/Manics