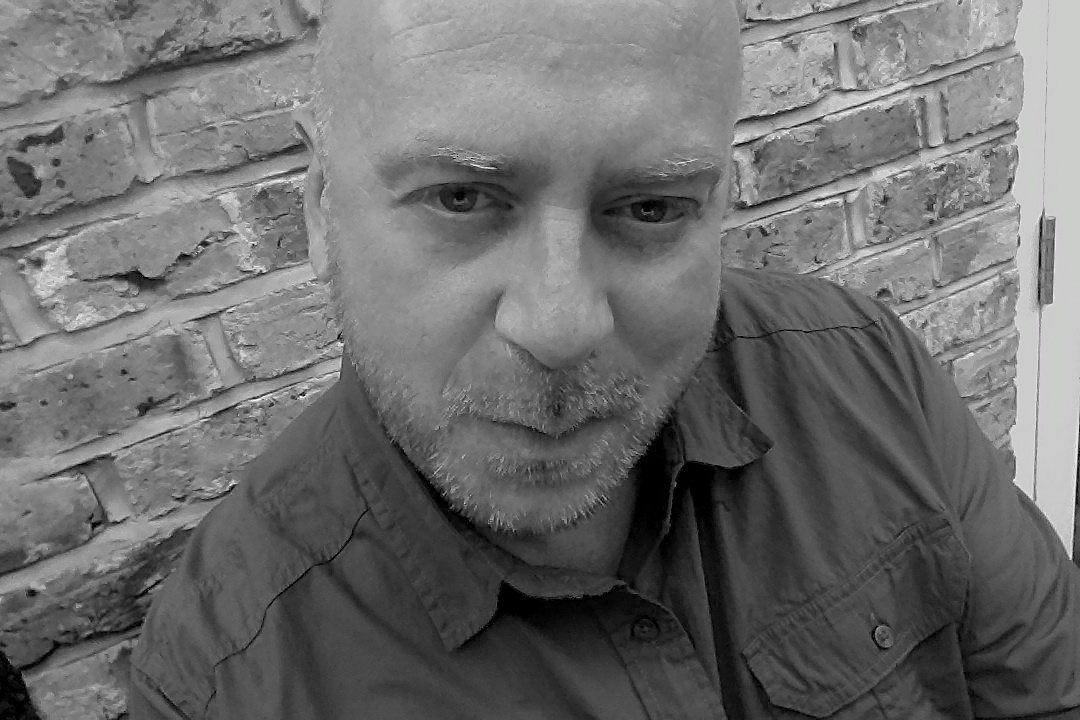 GIITTV: When your name comes up in music-lovers’ conversation, four other words follow, Cocteau Twins and Bella Union (Records). Which are you more proud of, and why?

SR: When my family name comes up, two children’s names follow, my adorable sons, and I would never think that one made me more proud than the other. I feel similarly regarding the two ‘careers’ i have had in music. They are wildly different and the latter is not done yet, still much work to come. The band was a significant part of my life, and is with me all day every day. I never stopped, will never stop, being part of that band, even though as a going concern it is no more. But as long as our music is discovered and enjoyed wherever that may be, it feeds back to me, and I am proud of it and the longevity of it. The label is a very different animal, and any pride is reflected from the band’s we are privileged to release. The label of itself is just a name on a piece of paper. The bands are what give it form and design.

GIITTV: Many would claim that the Cocteau Twins ‘defined’ 1980s indie. When applied to the post-modern tags of ‘student’ (the Gallagher’s ‘bed-wetting’ version), ‘luscious sonic cathedrals of sound’, or general ‘nerdiness’, how do you think it (an original idea of indie music) has fared?

SR: That sounds like a question for Simon Reynolds rather than me. When I survey the scene of today, (not as easy as it sounds when your head can be firmly wedged up your own backside much of the time in 2013 indie land) I do occasionally wonder how WE would have fared in the independent scene of 2013 and figure we probably would have had a great time. A few years ago, I thought there was no way a band like ours would even be signed, so conservative was the status of the UK industry but in the last 6 months, things have been fantastic creatively and there is a huge feeling of freedom coming out of the artistic community that actually anything is possible again, and we all felt that strongly back in 1980-1990. I think because of the infinity of the internet and the ‘answer for everything’ catch-all of Google etc, there is very little mystery in music any more, whether by accident or design, and yet our period in history WAS defined by its distinct LACK of awareness of so many things, least of all the 24-hour critique. We spent all of of our time, head up asses, making music and getting wasted. Even if we were part of a scene, we didn’t have much idea about it because we didn’t have much interest in it!

GIITTV: Your label Bella Union has probably the classiest roster in the UK. How on earth are you managing to sell records, given the internet streaming/free-downloading revolution?

SR: I’m not sure! Maybe our luck will run out shortly. I don’t think about the roster as this or that, and mostly people say super lovely things about the music we release and we are lucky enough to have people just about buying enough records to keep us in jobs. As you intimate, it doesn’t seem very likely it can continue for long!

GIITTV: Alan McGee has just started a new label, 359 records. Notwithstanding any personal relationship you may have with him, how would you describe the differences between you?

SR: I actually have never met Alan, well knowingly, and haven’t really followed his career much to be honest. I know what he did and how influential he was for some folks and he has clearly introduced us to some bands we couldn’t have known without him, but I have no idea what kind of a chap he is to make any meaningful comparison. I would imagine that he is just as insanely passionate about music as I am, or else he would be doing something else, cos really you wouldn’t do this job out of choice!

GIITTV: How is Liz Fraser doing?

SR: You’d have to ask her yourself. From where I am sitting she is doing fantastically well and I am delighted she was out playing shows last year. Very proud of her, and the owner of a Ferrari of a voice.

GIITTV: The Flaming Lips recently signed to Bella Union in the UK. Any stories from Wayne Coyne and his men for us?

SR: I was a little nervous when I first met Wayne, unusual for me, as I rarely get phased by other musicians, but he THE most genuine and adorable man who is both interesting and interested, a rare combination in a man these days. He brought a human skull in a display box to this first meeting and told a marvellous story of how he’d just been to collect it from this shop and how there were severed heads in jars behind the curtain. I can’t vouch for the validity of the story but it was a great way to meet someone. He and all of the LIPS are a joy to work with, and a real honour for Bella Union.

GIITTV: How did you feel when John Grant won the Mojo magazine award for best album for ‘Queen Of Denmark’?

SR: Very proud of the distance he had come and so thankful that such an honest and heartbreaking record, difficult though it may have been for some people, was still able to breakthrough in the way it did. John is a powerhouse of a performer, a remarkable human being, and no one was ever more deserving of an award than he. It will be the first of many.

SR: Well, he doesn’t pick the bands or curate the show in any way; he’s just doing his job for the BBC as bon viveur. I am sure as many people love him as find him irritating. But anyone that’s been on TV that long especially on the BBC must be doing something right. I like Jools’ show but it’s no secret I think there should be a new music TV show on the BBC that provides a credible alternative to this show. Or a credible addition to this show. It doesn’t need to be either or.

GIITTV: Could you give us your lowdown on how the UK and global music industry is faring, from your honest point of view, in August 2013?

SR: I think it’s doing better than most people want to believe. That’s not to say there aren’t more mountains to climb but I think many labels and many retailers, like rough trade, and smaller specialist shops do good business. The secret is not believing the hype EVER, when it’s doom-laden, or when it’s euphoric. Just get on with stuff, and be thoughtful and cautious. If you throw caution to the wind, you may well get so much dust in your eyes, you can’t see clearly for years to come.

GIITTV: What are you drinking?

SR: Don’t drink anything but water and the very occasional Diet Coke if I’m at the movies.