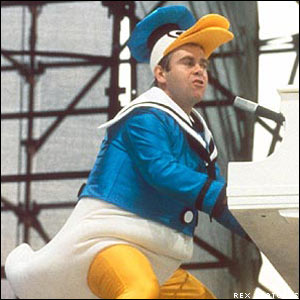 The bridge between summer and winter; between light and dark; between joy and misery.  Bugger all happens of any interest, but I have tried to scrape a barrel or four to scoop up a few snippets of potential interest.  One thing that does go into copiousness is album releases, with lots of corkers coming along in September.  Good reason to get excited about Glasvegas, Placebo & Kings Of Leon I reckon.  Maybe exercise a little trepidation for Arctic Monkeys, Manic Street Preachers and Babyshambles who all have something to prove.  Then probably conjure up sheer fear for new releases by Sting, Motörhead and Sir Elton John, all of which are 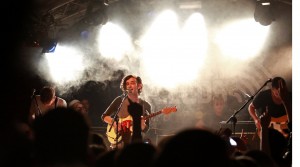 likely to be awful.  All nine of the aforementioned have already released their best albums, which is a sobering thought don’t you think?  So something new that might be a wonder is the debut album by The 1975 (pictured), which might just be a surprise package, although my hopes remain firmly held.

There remains a withering bunch of festivals still for those of you who haven’t already overdosed.  The pick of the bunch is probably Shrewsbury Fields Forever 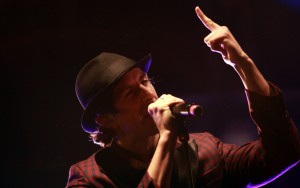 featuring Maximo Park (pictured) and Athlete.  The Salford Music Festival looks interesting if you want to hear lots of new bands but it might be best to avoid the Looe Music Festival, as The Darkness will be jostling with Chas N Dave for the limelight –a long way away from humanity in many respects.

Sporting events tend to take a backseat as the footy season starts to pick up momentum, but the Rugby Union season does start, just after Rugby League, who are much tougher men of course.  If you happen to be in Tahiti, look out for the Beach Soccer World Cup.  Meanwhile, the Italian and Singapore Grand Prix’s are coming for you wankers who like that kind of stuff.

I’m looking forward to International Talk Like A Pirate Day of course, now in its nineteenth year.  Greenpeace Day is important for you tree huggers and those more aligned to dogs have Hug Your Hound Day.  There’s also Be Late For Something Day followed by Ask A Stupid Question Day which, for most of you, is just like any other day, let’s face it.

Right, I need to pack my bags to go to war in Syria me hearties and am packing the lethal weapon of Elton John’s new album – who needs chemical warfare when you’ve got that kind of torture?