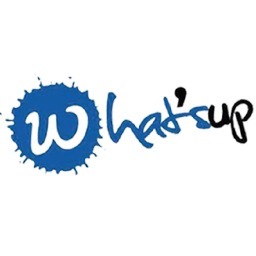 I’m going to be honest with you. I have a HUGE soft spot for this TV show. I interviewed the presenters and founder Bob Clarke 4 years ago, when they were starting out, and I was a very ‘green’ journo. They take young people from all walks of life on board and help them start a career in TV and media. And they are doing it for all the right reasons. Featuring not only well known musicians, poets, comedians and sports personalities, they also feature young people that are making a difference in their own communities. The episodes are short, snappy and hold the attention of their youth orientated audience. They also tackle the issues that are facing our young people today. I for one wish there were more shows like this on TV to take the place of  X Factor, Big Brother and the reality shows that are slowly but surely eating away at the self esteem and self worth of the next generation.
Fusion and Jacqueline Shepherd anchor the series that brings the best of British talent in
music, fashion, comedy and the arts. The show also highlights and tackles issues that
concern UK’s youth. In this upcoming six week series the What’s Up presenters interview
music artists such as Professor Green, Nile Rogers, AME, Stooshe, Amplify Dot,  Scroobius Pip and Kyra.
Michelle Malik talks relationships with Reginald D Hunter and KOJO talks fashion. There are
fascinating items on Scarification, Being a ‘hipster’ and Remel London does Hip Hop Karaoke
while Nicole Holliday is chased by Zombies in Leeds. New presenter Just Justin is schooled by
comedian Mr Cee and then gets a lesson in football from YouTube phenomenon KSI. For
Black History Month the show celebrates the 65th anniversary of the Windrush arriving at
Tilbury Docks and Benjamin Zephaniah, Levi Roots and Tessa Sanderson tell of the impact
and the legacy that followed its arrival from the West Indian community.
The series starts on Saturday 7th September on Sky Television’s free to air channel Pick TV,
Channel 152, at 5pm and is repeated the following morning at 10am. Pick TV is also on the
Freeview Platform, channel 11.
To find out more information about the show, go to www.whatsuptv.co.uk.

If you have half an hour on a Saturday, PLEASE watch it. It will give you hope.