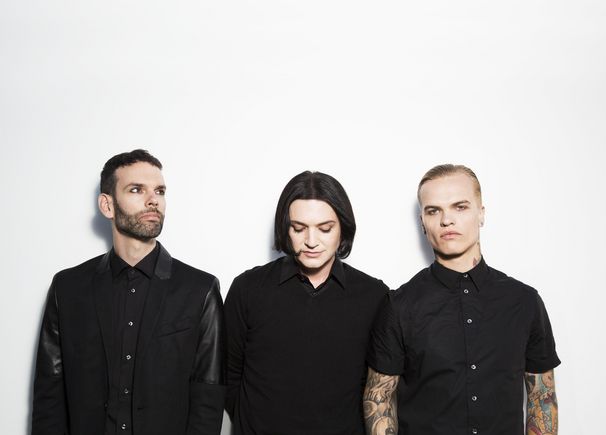 It was in the late 90’s that I discovered Placebo, 1997 I think. The song was ‘Teenage Angst’, one of those songs that manages to create an effortless magic with some very simple ingredients. When ‘Pure Morning’ and ‘You Don’t Care About Us’ were released, they were two of the most played tracks on my stereo that summer. The first two albums were great, and the next few all had some good moments, however seven albums down the line Brian Molko‘s tiresome whine becomes increasingly grating, even more of a problem when his songwriting skills have been diminishing. 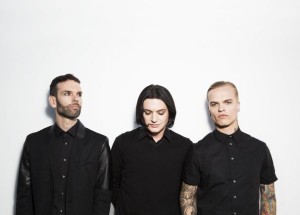 It also doesn’t help when a vital part of the band has been missing for a while now. Drummer Steve Hewitt made up a whole third of the group and was responsible for the fierce, exciting rhythms that powered their bad tempered bursts of rage. When he went, the band’s edge went too. Hewitt is now a member of the rejuvenated Six By Seven, who released a fine LP in ‘Love And Peace And Sympathy’ a few months ago. That’s more than could be said for his old musical colleagues, whose decline continues with this poor collection of lifeless flops.

The opening title track from ‘Loud Like Love’ is a promising number let down by a sound that comes across  like a poor man’s Biffy Clyro. Why does everything sound so clean? They sound like they’ve been neutered. ‘Scene Of The Crime’ begins. This is more like it. It sounds good. The chorus comes in and it’s not quite as strong as expected, but there’s still hope. Then they pile more synths on top, sounding disturbingly like Linkin Park (or some other shitty manufactured American kiddie-rock act), the sound swells up and then deflates. What a let down. When the clumsy critique of internet social media that is ‘Too Many Friends’ begins with the line “my computer thinks I’m gay, I threw that piece of junk away”, it just makes you want to reach for the skip button. You may as well too, since the rest of the song is far from essential. ‘Hold On To Me’ is quite possibly the most unimaginative thing they’ve ever recorded, while ‘Exit Wounds’ is the sort of sad self parody that makes you wonder why they haven’t packed it in by now. 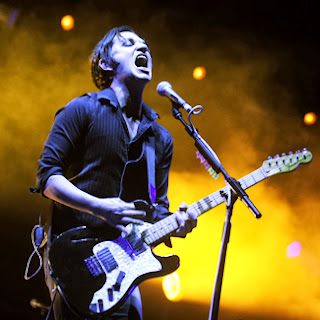 Although ‘Rob The Bank’ is lyrically weak like the rest of the album, it’s probably one of the slightly better moments and doesn’t encounter any real problems until it reaches an awkward middle section. There are lots of almost obligatory “keeping up to date” electronic trimmings that add absolutely nothing to the music, songs that go nowhere, blustery soulless production and an array of painfully embarrassing lyrics. Only the hungry, spite fuelled ‘Purify’ has any trace of their early vitality, and hints of those old emotional qualities can be heard within the bleak resignation of ‘Begin The End’, which seems to acknowledge their downhill slide. Neither of these make up for the fact that the majority of ‘Loud Like Love’ is pointless, the dreary and overlong ‘Bosco’ included.

They once boasted that they’d “left a trail of blood sweat and spunk across the country”. By subjecting venues around the UK to these songs, all they’ll be doing is leaving a trail of shit. “Now I feel I’ve lost my spark” he sings on the crushingly dull ‘A Million Little Pieces’. Well at least he admits it. [Rating:1.5]