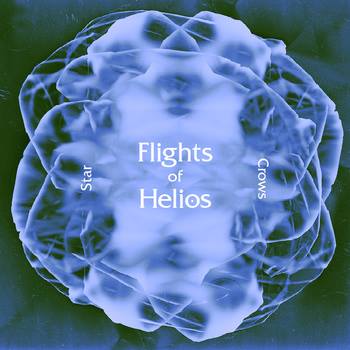 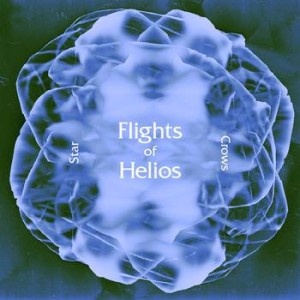 In all honesty one of the finest debuts we’ve had the pleasure of hearing all year. Setting aside its magisterial and stately poise – which when heard first time are enough to illicit swooning raptures in the aisles, oxford based collective Flights of Helios may well have procured some newfound shoe gaze sub species of celestial gospels.

Via bandcamp, ’Star’ is steeled in the kind of trembling grace that simultaneously calls to mind the hushed elegance of The Low Anthem and the eerily strange soft psych spell crafting of the Yellow Moon Band not to much plotted upon a distant aural axis, much like Tokolosh, far from the usual pop presets.

Bruised in a hymnal glow, its forlorn frailty and monochrome mosaics keep at bay a hitherto emotional turbulence that bites away beneath the surface line. In simple terms this rich picking from the topper most psych folk table will crush. Flip cut ’Crows’ is equally touched though this time bathed in a spectral noir half light that had us fondly reaching for our prized copies of Working For A Nuclear Free City platters of yore albeit as though doing a spot of studio shimmying with Sennen especially upon the onset of moments wherein everything begins to fracture into a motorik haze and the vibe begins to dramatically scramble and unpick itself. Frankly we want a copy – like now.

Flights Of Helios are playing with Islet in Oxford tonight (18th of October).