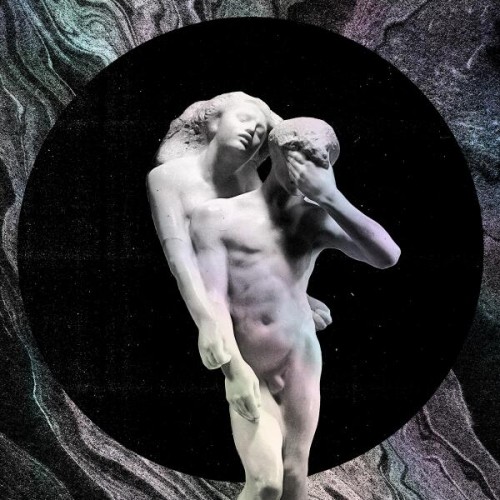 It may be all very well to attract your celebrity mates (Bowie, bearded womble James Murphy from LCD Soundsystem) in off a New York back street into your studio to sprinkle some angel dust over proceedings, but really Win Butler, couldn’t you have written some songs first?

‘Normal Person’ and ‘It’s Never Over (Oh Orpheus)’ (for fuck’s sake) are the most convincing moments here, with the old Pentecostal borderline schizophrenic Butler at least sounding like he means something, though with his oh-so-Piscean lyrics we could be talking about anything from the Bible to ‘Men are from Mars, Women are from Venus’, how much sense he makes.

What does it sound like? I hear you irritatedly bellow. It sounds like Talk Talk with Chris Martin mumbling vaguely over the top, with a couple of Talking Heads’ most tired hired bongo players brought in to make the hoodwinked audience thinks anything is ‘progressing’. In the words of the esteemed Dominic Valvona, ‘hard work’.

It was very important that the massively pre-hyped ‘Reflektor’ (for good reason now, we see) would be better than Lady Gaga’s forthcoming gash-fest, The Strokes damp squib earlier in the year, or MGMT‘s disappointment. The fact is, our Canadian and American heroes have run out of steam. Stop, or change, fast.