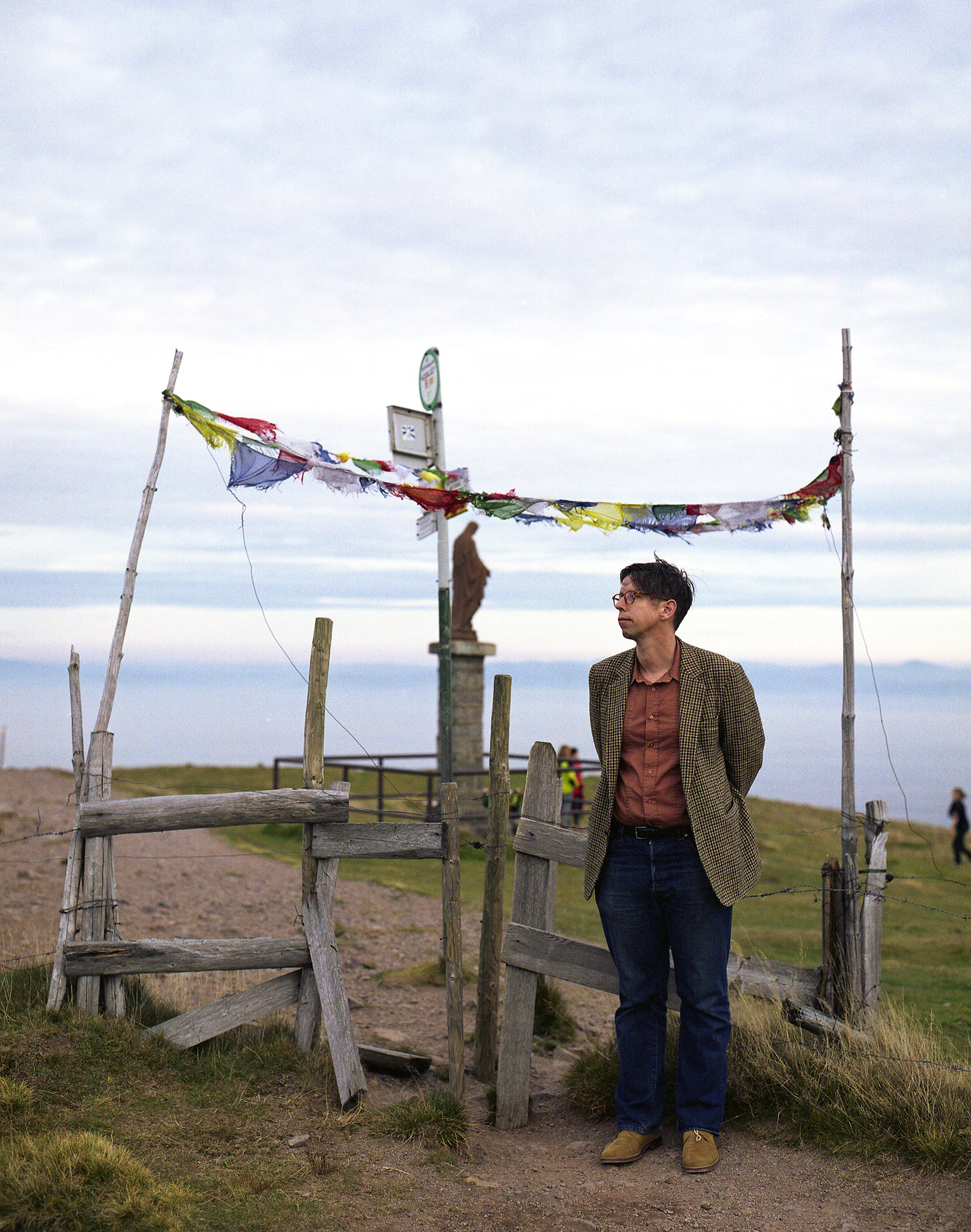 Darren Hayman, well known in the 1990s for the work with the band Hefner, backed by John Peel, has long been a solo musician, remarkably releasing an infinite amount of albums, with an ethos for trying something new. Three years ago he rather interestingly decided to embark on this challenging project, pushing his self-discipline further, titled January Songs. The concept of this project was to write, record and release a song per day throughout the month (including a video), following in the vein of musicians like Johnny Lynch (aka The Pictish Trail and founder of much talked about new collective, Lost Map Records) who was involved in the 100 Days Project (a project that saw him and many other creative types productively create projects, one a day for a hundred days).

As he is now revisiting these 31 tracks three years later, performing them at the leftfield music venue, The Vortex, Dalston, London later this week, as part of his themed monthly Occupation, GIITTV thought it a perfect opportunity to discuss motivation, saxophones and another release from the independent, driven artist, in a bar in Walthamstow with his engineer Ian Button present.

Where did the inspiration come from behind the January Songs project, as it is ambitious to write record and release a new song every day for a month?

DH: It was an idea of self-discovery, an experiment. Originally the idea was meant to include tuition with the song, but that got lost, and is maybe something I could do in the future.

When you are normally assessing ideas, you sort of nurse them a little bit; somebody says something or you read a sign or get an idea from a book. What I liked with the idea of January songs was that my filter was completely open. It reminded me of that book called Dice Man, which I sort of found quite fun.

It made me reflect on how we filter ideas. I did not expect to do this again the following January. I learned what I expected to learn that if you write a song for every day some of it is not going to be very good.

Generally, what was the premise for these Occupation shows at the Vortex?

DH: I got into jazz. I like jazz when I never thought I would. It’s like getting into trains and real ale, you sort of figure it never happens but it does. I really liked jazz gigs and how jazz gigs were.

It seems that the adhoc nature of its creation should be reflected in how it’s performed, performing the songs at the Vortex, a small venue.

I am sure that many independent musicians would be interested in the answer to this question but where do you find the motivation and self-discipline that comes with a project like this?

DH: I feel like I find it as hard as anyone else to be motivated and do stuff. I have days when I struggle to get started and I spend period of times watching Storage Hunters (a programme on Dave that he enjoys when procrastinating). I feel like I understand what it feels like to have motivation problems but then I do tend to do twice as many records than a lot of other people.

IB: Well you do have an incredible work ethic

DH: I think a skill I might have is that I am quite good at finishing things. The Wave Pictures do as many records as me and they are also as very prolific but when I recorded that Beer in the Breakers (released 2011) album (recorded in Hayman’s house) we recorded 15 songs in one day but it took six days to mix, and there were only three instruments. So the time it took to mix was crazy in comparison. By lunchtime on the second day we had 90% of the work done but to get that last ten per cent it took six times as long. I believe in this kind of thing which is kind of a cliché (and I am certainly not the person that thought of the saying) that you don’t finish art, you abandon it. I quite like to say that to myself quite a lot. You just get to a point and go nah, go leave it. If you suddenly think you have mastered it then you stop being an artist or something.

Day 10 I Know I Fucked Up from Darren Hayman on Vimeo.

We have spoken in the past via Twitter about our own wish to learn the tenor saxophone. Have you picked it up recently?

DH: It’s not a natural feel that instrument for me. I have still got it and it’s on my list of things to do to become good at it. The problem is that with guitar and keyboards I find something quite addictive about them. I am often picking up a guitar that is tuned differently and enjoying trying to figure out how it works. It’s like a puzzle. But with the saxophone I didn’t just suddenly get addicted to it but I have not given up.

What more can we expect from you and the Long Parliament on the assumption that they will remain under the same name?

DH: Yeah we are changing name again. We think we are going to be called Darren Hayman and the Trial Separation. I quite like that the line-up does not change even if the name does.

Hold On Let Go, Hold On Let Go is the new album that we can look forward to from Darren Hayman and the Trial Separation, hopefully before the end of 2014. The seventh Occupation which focuses on his 2011 January Songs takes place at the Vortex this Thursday 16th and Friday 17th January with some guests to be announced.
http://www.vortexjazz.co.uk/

0 thoughts on “Darren Hayman’s Occupation at the Vortex”