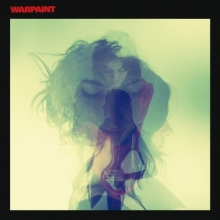 Three years on from the LA band’s rather fine debut The Fool, the interest of many people was piqued by ‘Love Is To Die’ the lead track from this second album, which started to do the rounds last Autumn.

It suggested that a rather fine sophomore album was in the offing from the quartet and so it appears now that it has arrived. As well as the aforementioned ‘Love Is To Die’ there are other strong tracks within, including ‘Keep It Healthy’ ‘Disco/Very’ and the closing ‘Son’ but they all come together to form one rather impressive whole.

It’s even more atmospheric than the first album, and while it isn’t an album that may grab you from the first listen, repeated listens will reap dividends.

Worth the wait, then. And even though I was sent a free copy, an album I have bought for myself.