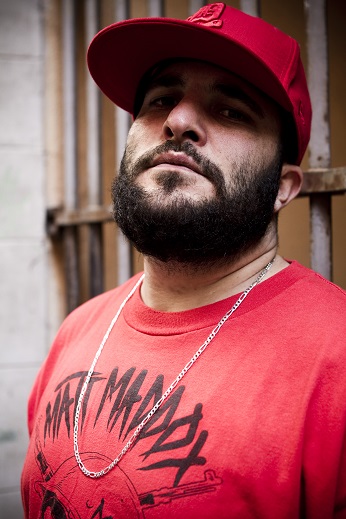 Gearing up to unleash Righteous Fury upon the world of hip hop, West Coast rapper Matt Maddox takes time to speak to GIITTV about Macklemore, Hawaii and how people in the States do not appreciate ‘real’ hip hop the way the UK does.

Matt Maddox has a lot to smile about. Not only does he have a highly anticipated album about to drop, he’s also been booked to perform at SXSW and on tour with hip hop supremos Slaughterhouse. Not bad for an independent artist whose début solo offering was four years ago.

The lapse in time has done nothing to quell the appetite of fans that have rocked with him since he first released Asylum Artistry, or even when he was part of international trio Guerilla War Tactix.

“I was raised on Wu Tang, Rakim, Big L, Nas and KRS,” Matt says when asked about his influences. If artists of this calibre are his reference point, it’s no surprise that Matt’s approach to rhyming  encompasses all of the intricacies and lyrical showboating that has cemented the Golden Era as the most prolific and missed periods of rap.

Interestingly enough though, before fully immersing  himself in hip hop Matt was a huge heavy metal fan. His passion for rap and the culture surrounding it flourished while he was growing up on the island of Hawaii, thanks to his taste making older brother who was “always finding the cool shit” and “spending all his money on music on a Tuesday”.

Skate and surf culture dominated the island which Matt likens to Jamaica as “a couple miles away from the coast there are some very poor and impoverished areas.” Even though skaters and surfers listened to rap from time to time, there was no real scene. Matt and his brother eventually became forefathers of hip hop in Hawaii — their names synonymous with the genre after pioneering it so avidly.

It is probably the fact that Matt virtually brought the scene into existence in one place that he has an analytic view of how it exists elsewhere. “I personally think the East Coast is a lot more unified on the culture of hip hop,” Matt offers before qualifying the statement with: “Cali guys are just on some gangster shit and are more on a street affiliation thing than rap music unity. On the East Coast you get hundreds or thousands of people that get together, bond and become brothers through the music.”

Similarly he is able to talk about the consumption of hip hop worldwide. “A lot of the more underground, credible, authentic, lyrical hip hop is consumed in the UK and Europe. Mainstream [rap] like swag or trap music is more popular in the states,” Matt explains, adding: “The States is on some get money, twerking shit right now.” 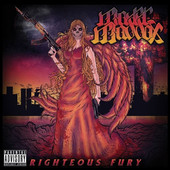 For Old Men, the opening track of Righteous Fury. While confirming that his preference is “that Redman, Def Squad sound”, he realises that there is a lot of room in hip hop for it not to be pigeon-holed. “Hopsin is OK, Joey Bada$$ is dope, Action Bronson is tight. I give Macklemore props because he’s a good song writer.”

The subject of Macklemore is an interesting one to raise since he recently cleaned up at the Grammys, nabbing the coveted best rap album award. Matt believes despite what anyone might say, Macklemore was probably a deserved winner. “He’s everywhere. Every time I turn on the radio or go to Facebook to connect with my fans, there’s this dude, there’s this haircut and there’s this name.”

While it is probably a stretch to imagine an artist like Matt would be nominated for the best rap album Grammy, there is no reason Righteous Fury should be excluded from conversations on credible underground releases in 2014. “With this record I’m a lot more vulnerable, I guess I could even say I’m a lot more open and personal and definitely came back with a vengeance with the pen.”

Videos for BARbarians and No Country For Old Men have already generated chatter in the blogosphere and it stands to reason that touring and performances scheduled for this year will generate yet more buzz for this accomplished rapper.

Righteous Fury is released 25 February 2014 and is available for pre-order http://georiot.co/3ILt