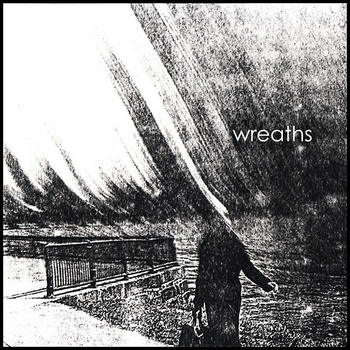 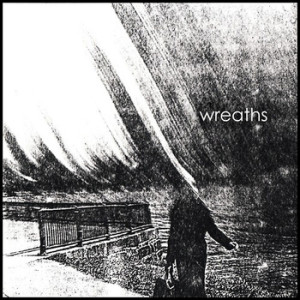 We’ve been all over this like a rash, this bad baby has, I don’t mind admitting, been swooning our listening space for the best part of the last week smoking our headspace with its drift cooled soft psych wooziness, certainly the coolest thing we’ve had the pleasure of hearing in recent times. But first the back story to this in brief.

Out via the Killing Horse imprint, this 8 track self titled debut full length comes courtesy of Asbury Park quintet Wreaths and though we are a little unforgiving about spoiler alerts, lets just say this might, given the right exposure, find itself posing high in the end of year stakes. But that’s for another time, in terms of the here and now this babe comes shrink wrapped and pristinely cut with a innate melodic astuteness that sees it comfortably spiral, float and seduce, sumptuously freewheeling amid an aural cookbook stirred in lysergic hues, stripped bare deadheaded blues howls and mind expanding cosmic flotillas.

Several listens down the line and I’m still not decided as to whether this lot are shaping up to be Cosmic Ghost Riders or stoned out psyche evangelists – or both. The set opens to the slow burn smoulder of the drop dead lock grooved twang purr of ‘coke straw’ prowling around your headspace like an uber cooled at the height of their powers Jesus and Mary Chain blissing out on Cheval Sombre psych hazes as were re-calibrated by an out of it Flaming Stars (at this juncture its worth mentioning their head shrinking savvy via the cruise controlled oblivion venturing ’The designing women of Asbury Park’ as it voyages Hawkwind vs. Eat lights become lights territories albeit as though haloed and sharing kinship with the hallowed mantra murmured missions of a latter career Spacemen 3.

Somewhere else the heads down up close and personal wig flipped rock-a-hula ‘Ruby’ is kissed with the kind of twang scowl that most would die for arcing Krautrock-ian territories favoured by an all out assaulting Mugstar though here flavoured ever so subtly by the preening pout of Bolan. Better don shades for the bliss kissed kaleidoscopic cool of the expansive mind flipped and dare we say floor rupturing sexy ’Goin back to Haiti’. This hulking hallucinogenic honey initially swaggers and mooches to an acutely funk bit buzz sawing fuzzy corkscrewing riff though soon terraforms to shed its skin wherein everything dissipates, riffs dissolve and realities fade before taking flight to the out there reaches of a chemical cosmos dreamily voyaging an sonic axis that to these freaked earlobes sounds like a shit faced and stoned out Suicide aboard a hulking hyper galactic Fuxa galactic cruise liner.

Those however preferring their sounds stoked and strut grooved in slithers of skinny and wiring dirty blues, the kind so favourably occasioned on vinyl platters by the likes of the Black Angels ought to check into ‘I love me, dark wizard’ while vying for the collections celebrated centre piecing moment, the spectrally charged dust ravaged ’Leaves on the leaves on the ground’ really is something else, drawing you close into its intimate inner sanctum amid an array of softly opining and star shimmered hymnal beauty all breathless and hushed in lunar lullaby motifs and bathed dronal wisps, twinkling chimes and signalling a sense of being amid some astral out of body experience, in short a master class in Spiritualized vibes. Not a dry eye in the house I can tell you. That said just edging it as the best moment of the set is ‘Piedmont Aire’ which aside pretty much giving insight as to where House of Love mark 1 where heading before Bickers was jettisoned, is your demurring dream weaved space rocking love note gorgeously set in the kind of shimmering vapour trail trimming and aching majesty of those Mercury Rev types. Faultless.