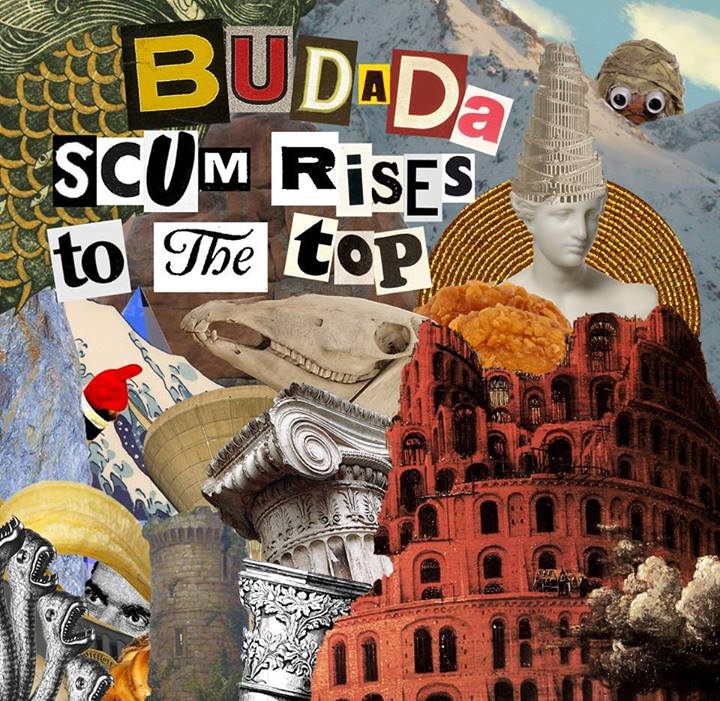 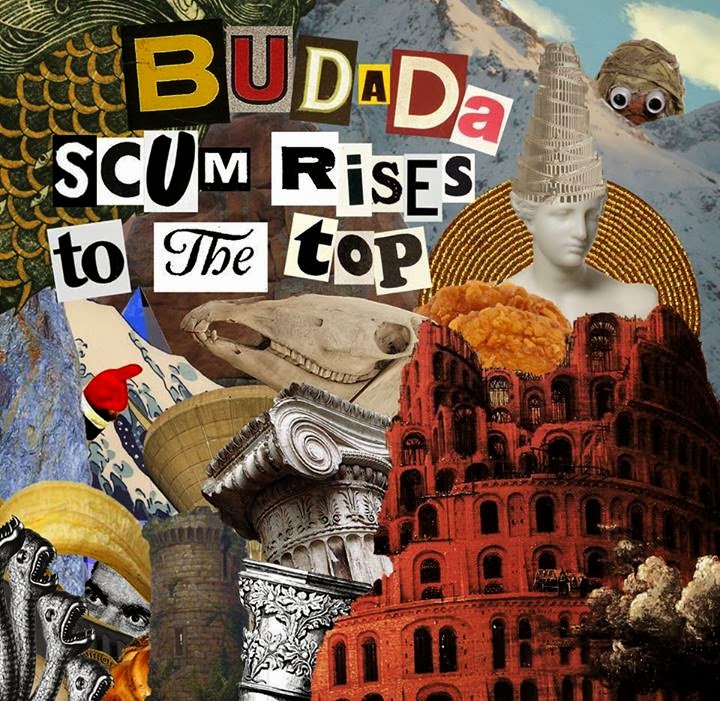 Budada began life in 2011 as an anti-folk/lo-fi duo consisting of Hong Kong born singer/multi-instrumentalist Louise Schwarz and Wiltshire based drummer/vocalist Jake Cheesman, who formed after seeing a Melt-Banana concert. After gigging around the South West of the UK and spending a couple of weeks playing in Hong Kong, the band were boosted by the arrivals of guitarist Marcel Rose and bass player Lance Thorman. In early 2013 their debut full length LP ‘blackpeppercowboybone’ was recorded in a factory on an industrial estate and released at the beginning of the year. A new three track offering entitled ‘Scum Rises To The Top’ (produced by Dom Bailey and Daturas frontman Joseph Chowles at Melksham’s Nine Volt Leap studios) has just been issued via their own label and has turned out rather good indeed. 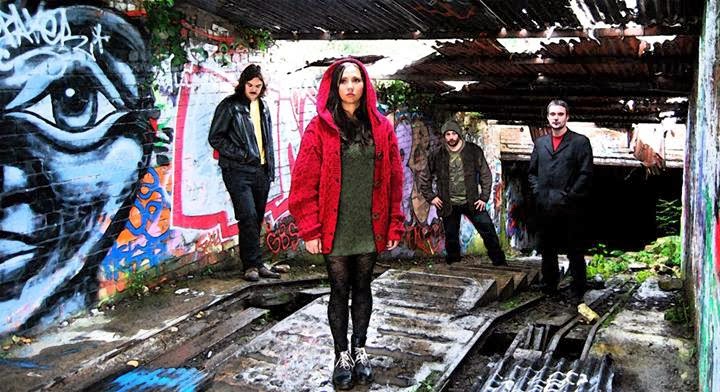 The lead track ‘Mainshock’ charges into a riot of furious riffage, urgent rumbles and confrontational vocals, serving up a highly charged burst of attitude and adrenaline that excites the senses. Elsewhere ‘Doin’ The Rounds’ showcases a lighter, sweetly melodic side to the band’s style that plays with colourful instrumentation and folk flavours, while the excellent ‘She Ain’t Blue’ puts thick stabs of bass up against the thrill and thunder of another infectious tune to round off the 3 track EP brilliantly.

Three tracks that suggest Budada have more interesting and entertaining tricks up their sleeves, the EP can be picked up at their gigs or by contacting the band at their Facebook page HERE. Until then, listen to the whole thing below. [Rating:4]