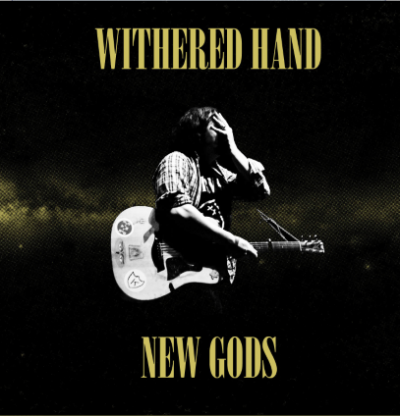 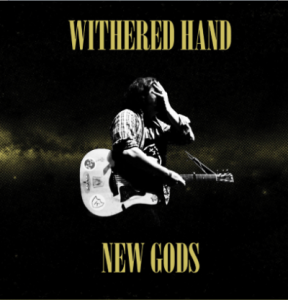 Nearly twenty years ago, around the time of the release of Blur’s The Great Escape and Oasis’ (What’s The Story?) Morning Glory either the NME or (the now-defunct) Melody Maker carried an advert that suggested those responsible for it more than knew their market. ‘Granny’ll buy you Blur and Oasis for Christmas,’ read the advert. ‘Buy Garbage now.’ And many people did buy that début Garbage album.

I bring this seemingly trivial anecdote up because there’s three albums coming out that I think you should own, each of them brilliant and very different. One is Beck’s Morning Phase, another is Pharrell Williams’ G I R L and the third is Withered Hand’s New Gods. Like the other two albums, it has been a bit of a wait for Dan Willson’s sophomore album (don’t leave off the second ‘l’!), five years since his début Good News.

And it’s been worth the wait. This is a more than worthy successor to Good News, and the gap was bridged by the release of two very fine EPs in 2012, Heart Heart and Inbetweens. It’s more of an upbeat sounding record, and the two opening tracks ‘Horseshoe’ and ‘Black Tambourine’ give a flavour of what to expect, with a song as evocative of the West Coast of America as it is of DiY jangle-pop.

Make no mistake, it’s still Dan Willson and he’s still got a way with a tune and as fine a lyricist as the Isles have produced in many a year. Even with the impressive list of people who he’s played with and those who collaborate on the record (members of eagleowl, Belle & Sebastian, Frightened Rabbit and The Vaselines, amongst many others), it’s a record of someone who’s travelled the world playing his songs and that’s seeped into the greater confidence on display here. Perhaps the standout track is ‘King of Hollywood’ about a night out in LA with his friend and mentor King Creosote.

No doubt there’ll have to be some idiot who’ll grumble about Mr. Willson and his fine supporting case stepping into a proper studio for the first time, with noted producer Tony Doogan at the helm. These people should keep their opinions to themselves. It’s an accomplished and polished album, and all the better for it.

I’m sure you can get Pharrell or Beck later on. Buy Withered Hand now.

New Gods is released on March 10 on FortunaPOP!