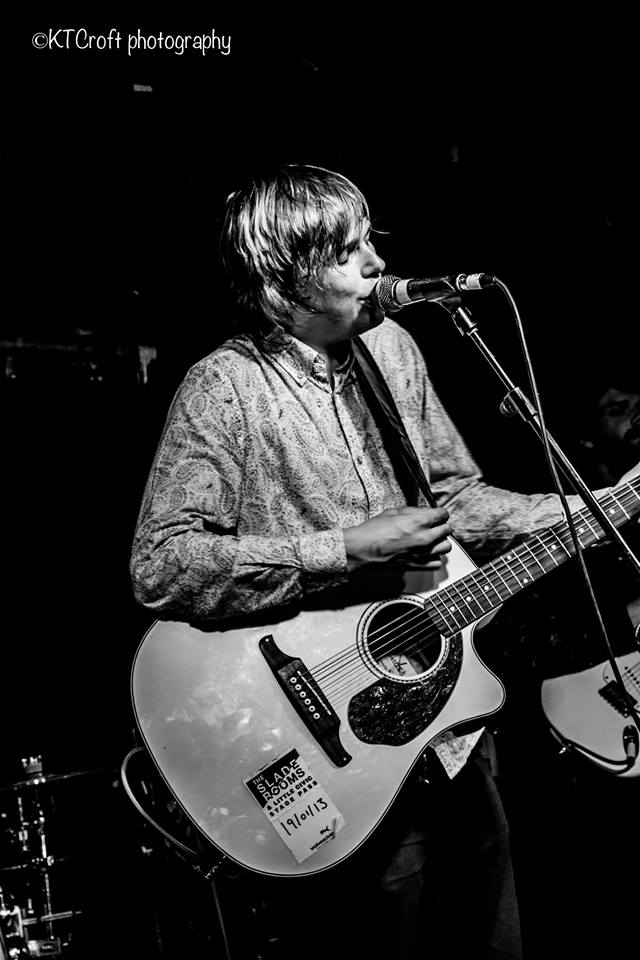 Welcome to Plug&Amp’s first ever GIITTV scene report for Coventry & Warwickshire, showcasing the best talent from this neck of the woods and bringing you the latest release and gig news.

This month we’ve got a diverse mix of bands and singer-songwriters, brand new releases and some UK wide gigs to report on… 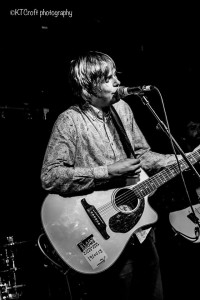 We start off with news from Perry Manning, a singer-songwriter from Bedworth in Warwickshire who plays “catchy, jangly indie guitar pop music” (NME magazine). Perry released his debut album My Arrogant Ignorant Side in August last year and has supported an impressive array of bands including The View, The Twang, Inspiral Carpets, Happy Mondays, Twisted Wheel, Young Knives, and Reverend and the Makers.

Perry has headlined many sold out shows across the UK including the O2 Academy in Islington and Birmingham and is no stranger to festival stages either, having played Coventry’s annual Godiva Festival main stage twice, as well as the Hinckley Music Festival and Strawberry Fields Festival in Leicestershire last year.

If you need a measure of what sort of a guy Perry Manning is, here’s an example. While on his travels last year, he played at the Dublin Castle in Camden. A group of fans who had discovered his music through Twitter missed his show as their train was late. On hearing this, Perry took the group down the road and played them a personal gig in the street round the corner!

Perry is currently working on some new recordings with mixer and producer Curtis Piggon. He’s just released one of those songs, Tango Woman on iTunes and other digital platforms and will soon be releasing more singles from these recording sessions. Tango Woman has received great local feedback and has had repeated airplay on BBC Introducing Coventry and Warwickshire.

Perry’s musical influences include The Beatles, Rolling Stones, Oasis, Paul Weller and Ocean Colour Scene – “basically just good old British rock and roll”. “I am hugely influenced by my surroundings and the people around me,” says Perry. “I try to tell stories and paint pictures in my songs, so they can have an effect on people and connect with them.”

He’ll be staying close to home with two Bedworth headliner gigs, at the Prince of Wales on 16 March and at Saunders Hall on 2 May, and then supporting The Real People at the Queens Hall in Nuneaton on 9 May.

Perry will be gigging further afield in July and August with his backing band, The Seadogs and says “I’m really excited about taking the tracks I have currently been recording on the road and seeing how they go down with a full band behind me.” So are we! 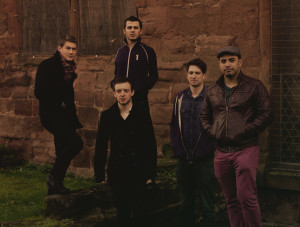 Next on to Coventry band, Spooky Wagons, who are still relatively new to the scene, having only been together for around nine months. They’re a five piece band consisting of three vocals, guitar, bass, piano and drums and have varied influences ranging from blues and folk to alternative indie pop, RnB and soul, all of which can be heard in their unique blend of music that mixes all of these influences effortlessly together to create beautifully crafted sing-a-long tunes that get stuck in your head.

Spooky Wagons released their debut EP, All Again Tomorrow, last month featuring the extremely catchy tracks Youth and Seatbelts. They’ve recently taken a short break to work on new material, but will be playing the O2 Academy in Birmingham on 14 March and a hometown gig at The Phoenix in Coventry on 17 March. If you’re willing to take a bet on a band that will quickly break out of the local scene, Spooky Wagons sound right on the money and are definitely a band to get excited about. 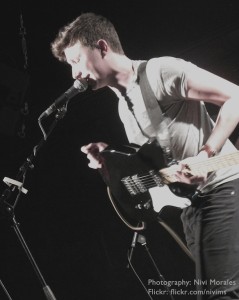 Some of our local bands have seriously been hitting the road lately and taking their music to crowds around the country, none more so than Only Shadows.

The four piece alt-rock band from Nuneaton have certainly been living up to their promise to “deliver the best live shows” and have jumped in their van over the past few weeks to travel the length of the country, taking in venues including Manchester’s Roadhouse, Woody’s in Cannock, The Firebug in Leicester, Hobo’s in Bridgend (the band’s first ever gig in Wales) and the Hope & Anchor in Islington.

The band hasn’t stopped there and will be giving more trademark energetic performances at the Sebright Arms in Bethnall Green on 14 March and The Rainbow in Birmingham on 18 March.

Their much acclaimed Forest Fires EP, which includes standout tracks Be Still and Reason To Bleed, more than translates live. Their recent busy tour schedule will have picked them up many new fans – don’t miss your chance to see them.

Watch the video for Reason to Bleed: https://www.youtube.com/watch?v=TiOIKeY2kpQ 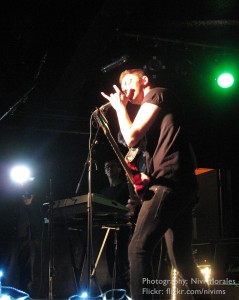 And finally, an update one of GIITTV’s tips for 2014, Russian Gun Dogs. This year is shaping up to be a very important year indeed for the Coventry band, with new music on the way and a performance at London’s Water Rats on 15 March supporting Kontakte and Baltic Fleet.

RGD have been very busily writing and recording new songs ready to go into the studio with Editors’ producer Gavin Monaghan who has been on board with the band’s two previous releases, the anthemic Survive and Surrender. We’ve been privileged to hear two of these demo tracks, Hertz and Surround You. These are exciting times.

Their current set list integrates beautifully the old and the new, showcasing the recently written tracks and a move towards a sound where the synth takes more prominence and pop sensibilities shine through. There is a thread that links the entire Russian Gun Dogs back catalogue, from the post-punk of early tracks to the anthemic, new wave inspired single releases of last year, to the brand new synth pop sounds (Surround You, Parallels) and epic, emotion-driven Invincible and Hertz.

If you can make it to Water Rats on 15 March, we would strongly suggest that you do. Don’t wait any longer to discover Russian Gun Dogs for yourself. You will not be disappointed.

Watch the video for Survive: https://www.youtube.com/watch?v=ciTGm9wFH7U

That should keep you busy until next month, when we’ll bring you the latest from yet more bands and artists from our diverse and exciting music scene in Coventry & Warwickshire.