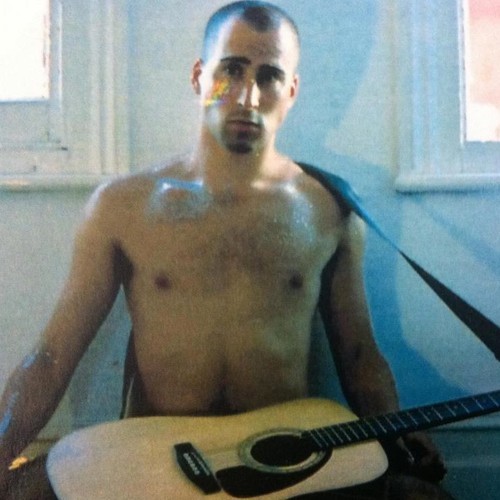 After years of honest toil and noble ambition it wasn’t until their second album, 2012’s Nude, that The Irrepressibles managed to finally marry critical acclaim with wider recognition. A bold, expressive work, a huge, highly emotive sound dripping in electronics and sweeping string arrangements, its story about troubled adolescence and homosexual love was always going to be far too big to be fully contained within that record’s parameters.  Whilst their narrative remained the very same, the songs that spilled out over the album’s edges, not easily fitting with its lush, symphonic feel, were something altogether more intuitive.

It is those songs that populate the trilogy of Nude EPs, of which Viscera is the second in line. It follows in the slipstream of last year’s Landscapes and just ahead of the final instalment, Forbidden. Viscera may well have been stripped of Nude’s greater layers of orchestration, yet in arriving at the party so scantily clad it has lost none of the album’s innate, sexually charged power and emotional intensity.

The man holding all of this power in the palm of his hand is band leader, composer, guitarist and singer Jamie Irrepressible. And it is through his immensely spectacular voice that The Irrepressibles’ potent message is conveyed. Vaulting cleanly over barriers that have been placed between torch singer and faux-operatic, his voice will draw almost inevitable comparisons with Antony Hegarty yet on the masterful, highly sexualised ‘So’ it edges ever closer to that of PJ Harvey. Elsewhere its expansive chameleon nature sees it change from that of a black woman to a white man, from Nina Simone to Jeff Buckley, often in the same breath.

This is a truly exceptional record of love, rejection and redemption, a cathartic emotional roller-coaster that careers musically between new wave, no wave and the avant-garde with brutal honesty and a quite remarkable coherence.