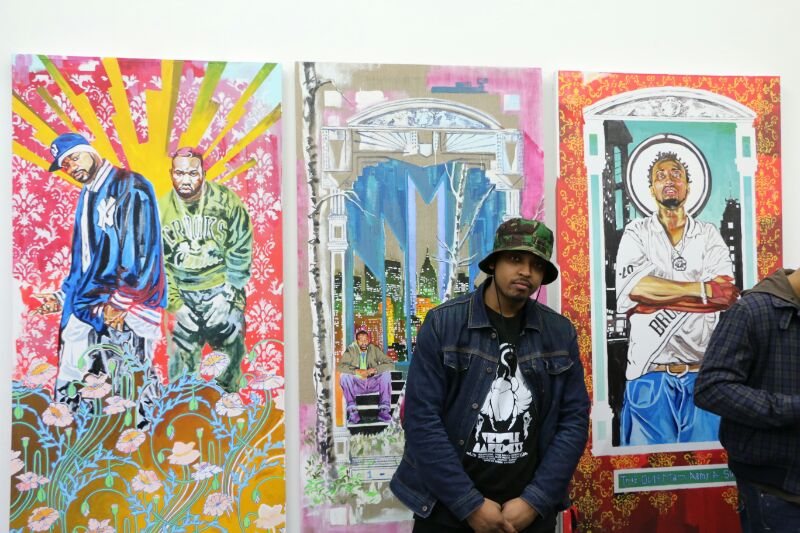 Devil May Cry dropped four years ago and ever since then, Iron Braydz, has found himself spoken about in the most complimentary of ways. Often lauded for his wordplay and lyricism, his penmanship has seen him work with greats such as Hasan Salaam, M1 and Sean Prince. More recently, his verbal dexterity has earned him a spot in one of the UK’s more revered underground rap collectives, Triple Darkness. Taking it all in his stride, the Harlesden hip hopper is humble when surveying the amount of years he has accrued on the scene. “I’ve been doing this for a long time, but I never count the years before my first release because no one cared at that point,” he tells me, but thats not strictly true. In real “I never chose the game, the game chose me” style, Braydz found himself the centre of attention during a high school “Wu off” where he and another student battled using the lyrics of one of rap’s most prolific crews — the Wu Tang Clan. Spotting his potential, a guy called Oliver invited him to join his crew and start writing his own material setting Braydz off on the pursuit of rap-iness.

His journey included an introduction to the rhyming dictionary, sparring with his incredibly talented friends and a chance meeting with his idol: RZA. “RZA was like ‘OK, we’ll talk about that name in a minute.’ I was quaking in my boots, I thought he as going to tell me it was copyrighted or something,” Braydz says about the time his moniker caught the legend’s attention. Turns out RZA had seen a Kung Fu flick of the same name and it proved an important icebreaker as RZA then proceeded to drop some bombs of knowledge. “He showed me the MPC 200 XL and gave me a brief history and everything. He showed me how he assigned all the samples to each pad. It’s a 16 pad machine so you literally make your beats like you’re playing a drum. He even showed me how he sequenced the song Must Be Bobby.” Still in obvious awe of that moment he continues: “When you meet the person you idolise at such a young age and they give you an insight into what drove them and they show you some of the tools they used to make it happen, it’s inspiring.” Flash forward to today and he is sans braids, but still in possession of the pearls of wisdom he picked up over the years. Preferring not to be pigeon-holed as “UK hip hop”, he offers: “Hip hop is a global thing. I feel like even the whole east coast west coast thing is manipulated by the media. No other genre of music is territorialised the way hip hop is.” 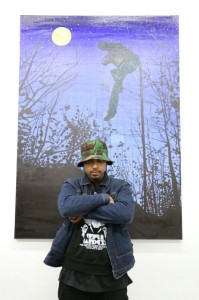 His latest, mostly self produced EP is “tracks that were literally going to stay in the vaults” and features a whole raft of MCs including Skriblah, Kyza, Phat Kat and of course Triple Darkness. Describing the Project as “no thrills hardcore hip hop”, he notes that there is one track that could cause some controversy. Crowbar which is also on Solar Black’s project Winged Scarabz talks about racism in a way some might find uncomfortable. Rather than push the usual turn the other cheek message, Braydz sends a monumental eff you to all the racists out there. “I’m not trying to be militant or anything, but I am passionate about certain things. Why is it that people can get copies of Rising Damp, but not The Real McCoy?” Verbal sWARdz now seems rather aptly named and I’m reliably informed that there is a ten track project due to follow hotly on its heels. If this project is received the same way his previous offerings were, Braydz may find himself receiving more than verbal reWARdz. 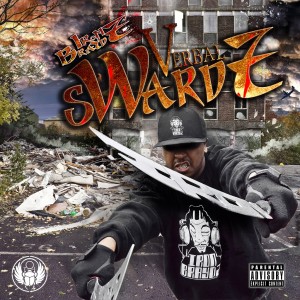