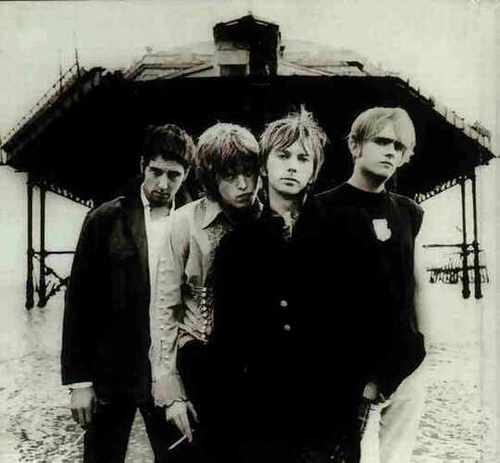 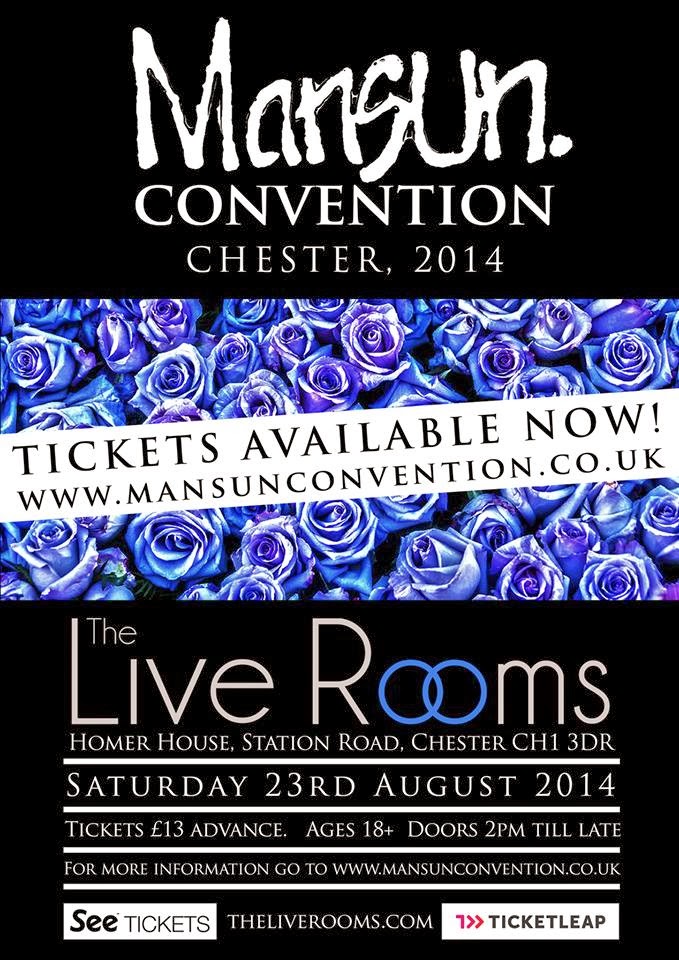 Surely there can’t be many bands from the 90s with their own fan conventions, especially one that split up over a decade ago. A unique and brilliant four piece led by songwriting genius Paul Draper, the Chester outfit Mansun certainly stood out from the rest in the mid to late 90’s. Producing three well-loved albums and winning themselves an dedicated fanbase, the band split in 2003 following a series of troubles. But over a decade later and with no sign (or much of a chance) of the group ever reforming, their remarkable music remains close to the hearts of many people, and while they are yet to receive the recognition that they should be given on a wider scale, news that a fan convention is to take place in August proved just how enthusiastic their many devotees still are. Despite no signs of a reunion, there are plenty of other reasons why 2014 is going to be an exciting year for Mansun fans. After taking an extended break from music, frontman Paul Draper has returned as the producer and co-writer of the upcoming album by The Anchoress, a collaboration with the brilliant Catherine A.D. Fans petitioned for Draper to release the solo material that he recorded in the years following Mansun’s demise, and luckily, it worked. The provisionally titled ‘Spooky Action From A Distance’ is currently being worked on, and might hopefully see the light of day before the end of the year. 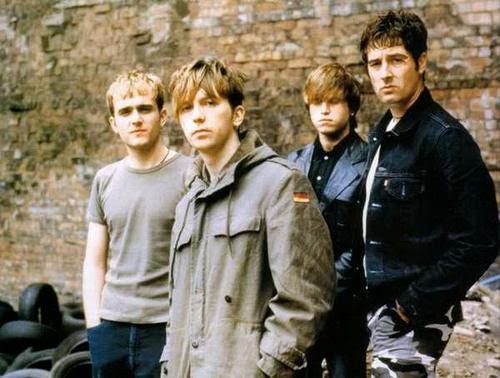 Mansun convention organiser Andy Lyth talks to God Is In The TV about the event and his love for the band’s music.
For you personally, what made Mansun different to all the others?  “For me there were a number of factors. By 1997 I’d discovered my parents record collection and was absorbing artists like The Who, Hendrix, The Beatles and David Bowie. I found new bands I listened to paled in comparison, until I heard ‘Attack of the Grey Lantern’ which to me sounded both classic and contemporary at once. There’s also the fact that the band were so good to their fans, offering the chance to meet them after gigs, regular communication by post including a free 7” vinyl one Christmas, even occasionally phoning you up at home for a chat. When you did get the chance to meet a band member they were usually so grounded that talking to them was easy, and that certainly made them stand out, and I think helped forge the fan base that continues to be loyal even 10 years after the bands split.”
Do you think the band’s music has had a lasting impact?  “I do, and it stems from the song writing of Paul Draper, who truly knows how to craft an excellent pop tune; the recent collaboration with Catherine Anne Davis is testament to that.” 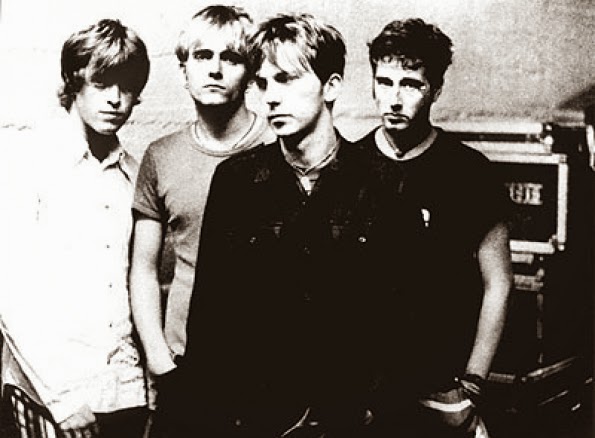 How did you discover Mansun?  “My high-school rock band was performing at a wedding (we performed a selection of britpop covers and sounded terrible) and payment for the gig took the form of ‘a CD of your choice’. A mate of mine recommended ‘Attack of the Grey Lantern’ by Mansun, a band I’d never heard of, so I followed his advice and never looked back. I still remember sitting on the floor of my mum and dad’s living room wearing huge Pioneer headphones and absorbing every note. It was on hearing ‘Taxloss’ for the first time that I became hooked.”

What are your favourite Mansun-related memories?  “I’m fortunate enough to have seen the band a number of times, and the gigs were always fantastic, particularly the ‘Six’ album launch at Virgin Megastore in Chester.”

Most of the bands from the era don’t have fan conventions, even the ones that are still together! Do you think the time feels right for a Mansun revival? “I think so; it’s great to know that Paul’s making new music, and the time is definitely right to celebrate his former band whilst looking ahead to his Anchoress and solo projects.” 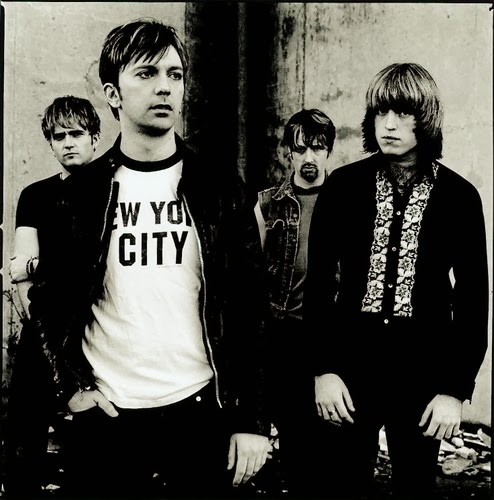 So what sort of thing can fans of the band expect when they come to the convention?  “Although Paul hasn’t at this stage committed to attend the convention I’m excited to announce he will be providing us with his first solo track. This will be an amazing opportunity for attendees to be among the first to hear his long awaited solo material. There will also be two tribute bands (one of which I’ll be drumming for) and other performers which I’m not quite ready to announce yet but will have a connection to Mansun in some way. We’re kicking the day off with ‘Wide Open Mic’ which people will be able to apply for a slot if they want to perform a couple of Mansun covers. There’ll be exclusive previously unseen video footage from Paul Draper’s archive, and Q&As with special guests. There’ll be an area dedicated to exhibiting Mansun’s guitars, clothes and other memorabilia. We’ll be running a couple of fun competitions on the day and also setting up a unique photo opportunity; more information on this will become available in the coming months!”

Anything else people should know about the event?  “On Sunday 24th August we’ll be encouraging people to explore ‘Mansun’s Chester’; we’ll be pointing out the locations in the city that have a Mansun connection and hopefully will tie in a couple of fringe events too.” 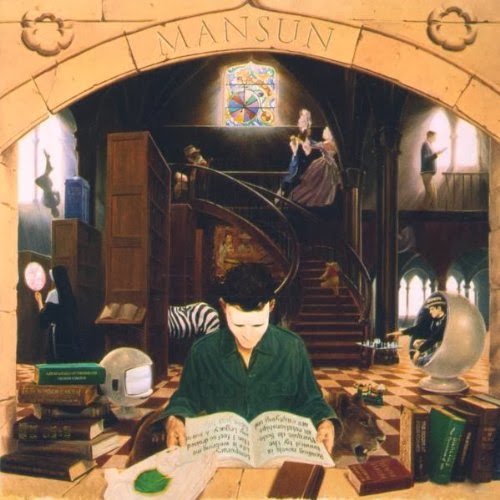 Paul Draper has offered to donate some stuff to the convention I see?  “Amazingly he’s been posting pictures on twitter of some items he’s going to donate to the convention, including rare photos, his silver disc for ‘Six’ and other items of personal memorabilia. We’ll most likely be hosting a charity auction, though some items will also be used as competition prizes on the day.”

Were you involved in any of the old Mansun fan conventions? If so, what are your memories of them? “Sadly I wasn’t, but Paul Annett (from the tribute band ‘Mansunesque’, who will be performing) played at the Liverpool convention back in 2001, and I know he has some happy memories of the event.” More information and further news on the Mansun Convention 2014 can be found at their Facebook page HERE. More related links are included below.  God Is In The TV was lucky enough to have a chat with Paul Draper about his time in Mansun and his future plans. Read that HERE. Also have a listen to that fantastic single from The Anchoress, which you can find HERE. Album due out later in the year… Here’s a selection from their incredible cult classic ‘Six’ from 1998, the ‘Sugar Plum Fairy’-sampling, at times Bowie-esque ‘Fall Out’.